After Priyanka Chopra left Salman Khan‘s Bharat in the lurch, Katrina Kaif swooped in like a saviour. The actress has now started working on the film as well. Katrina posted on her Instagram story that she just gave her look test for the film and now we are dying to see what it was. We were obviously waiting to see Salman and Priyanka together after so many years but the fact that Katrina has taken her place makes it even more alluring as Salman-Kat is a hit jodi. Box office loves them and thus, Bharat will only gain from this cast reshuffle. (Also read: Watch Salman Khan make all sorts of weird faces on the ramp with Katrina Kaif)

Speaking about swooping in to save Bharat, Katrina had said, “It’s not like that. I don’t see it that way at all. Ali Abbas Zafar is very dear friend of mine. We have worked with each other earlier in ‘Mere Brother Ki Dulhan’ and ‘Tiger Zinda Hai’ and both films were extremely successful. More importantly, I had a great experience working on those two films. The roles which I have chosen for myself are purely based on the script and what my character is in that film. So for me, it is extremely exciting to be working with the team again. When this time Ali contacted me, he told me ‘Goldfish’… He calls me Goldfish… He said, ‘I am sending you a script and just react to it and tell me what you feel about it’. When I read the script, I thought it was an absolutely wonderful script and I felt extremely excited about the character which I am playing in the film. Therefore, I am very happy to be part of the film.” Well, preps have already begun… 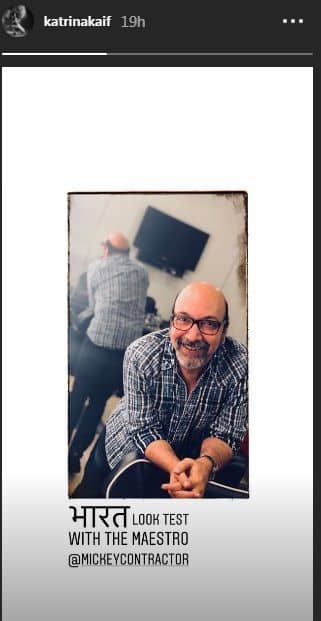 Bob Barker’s Net Worth: The Legendary Game Show Host Is Worth More Than You Think