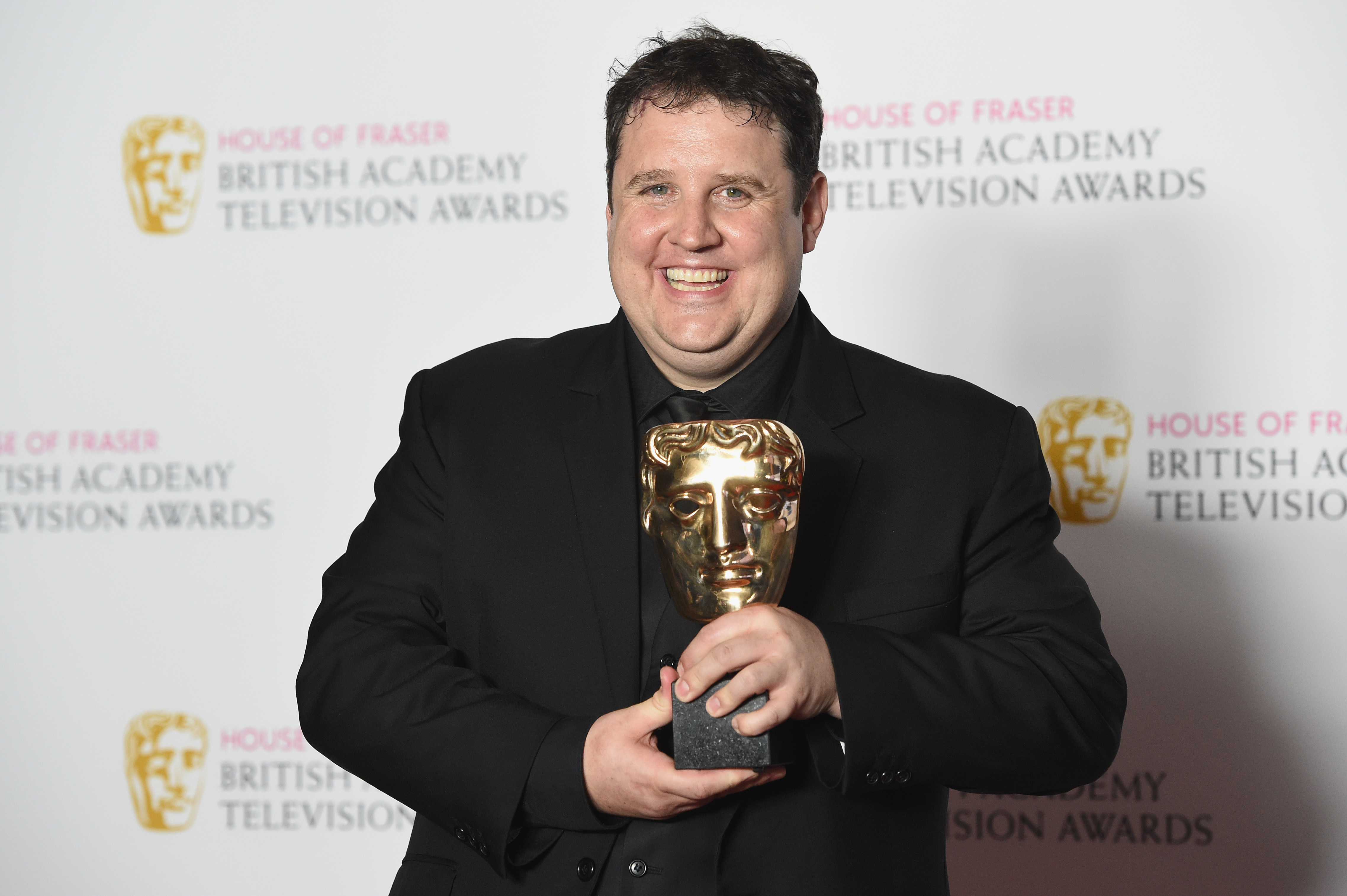 Peter Kay has shied away from most public events for five years but has now delighted fans as he made an appearance at the Ivor Novello Awards.

The comedian, 48, has been quiet since 2017, when he cancelled his planned 14-month standup show due to ‘unforeseen family circumstances’.

Last year, Peter hosted a Dance For Life danceathon with all money raised going to Cancer Research, however he has not performed a proper stand-up tour for over a decade.

Despite the break away, Peter proved getting on stage and chatting to crowds remains as natural to him as anything as he made a surprise presentation on Thursday night.

Peter looked relaxed and happy as he walked on-stage to the Ivor Novello Awards in a smart suit and waistcoat to present an award.

He was photographed standing at the microphone holding the name of the winner by comedian and historian Lucy Worsley.

She uploaded the snap to Twitter, asking: ‘Is that REALLY Peter Kay?’ – though she was more focused on finding singer-songwriter Michael Bublé, who sadly was not in attendance.

And is that REALLY Peter Kay??? And yet … pic.twitter.com/tf84DQRIOu

Peter could be preparing to make a return to the spotlight, with the public being given hints from all sides that the funnyman is planning a new tour in the near future.

Fellow comedian Jason Manford, who has been a close pal of Peter’s for over 25 years, teased the idea last month.

He said Peter could be ready to return to stand-up and urged fans to ‘keep an eye out’ for tour news.

Speaking to a Dublin radio station FM104, Jason said he hopes Peter will be ‘back to himself soon doing stand-up, on keep your eye out for his tour.’

Peter is also, clearly, as funny as ever, with crowds at the Manchester Danceathon seen in stitches as Peter joked about dancing at weddings.

Peter had been set to tour in 2018 but cancelled his sold-out Live Arena Tour, saying he ‘deeply regrets’ doing so but ‘family must always come first’.

A plus for BJP in the maths: JDU faces RJD on most seats

U.S. imposes sanctions against China over abuse of Uyghurs