The popular sketch comedy series paid tribute to Aykroyd during this week’s episode of the show, which was hosted by “Shang-Chi and the Legend of the Ten Rings” actor Simu Liu. The show briefly showed a card revealing Aykroyd’s death that was displayed along with a picture of him from when he was a featured player on the show from 1979-1980.

Later in the night, the official “Saturday Night Live” Twitter account shared an old short film that Peter Aykroyd starred in called “Java Junkie.” The sketch plays out like a 1950s noir-style story in which a man enters a diner and can’t stop drinking cup after cup of coffee. When he’s thrown out, he takes to the streets sucking down as much java in New York City as he can get his hands on. Eventually, he’s taken in by Maxwell House, where he’s taught to kick the habit.

The sketch similarly ends with a title card honoring the late writer/actor. 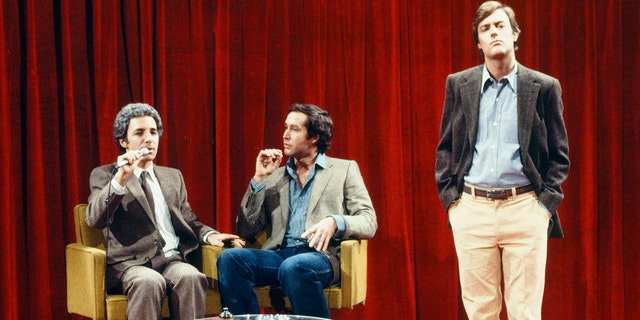 Harry Shearer as Mr. Blackwell, Chevy Chase and Peter Aykroyd as model during the "Speaking of Fashion…and other things" skit on Feb. 9, 1980.
(Alan Singer/NBCU Photo Bank/NBCUniversal via Getty Images) 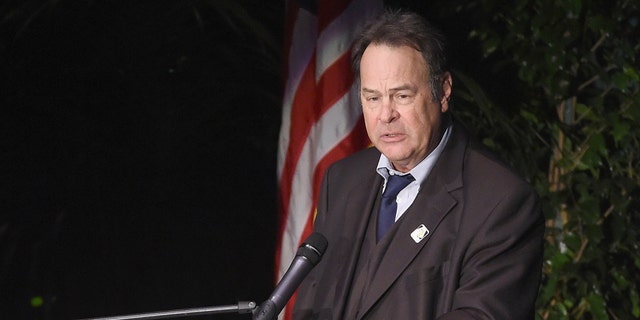 Like his 69-year-old brother, Peter had an affinity for the paranormal, creating the Canadian series “PSI Factor: Chronicles of the Paranormal.” He also co-wrote the 1991 film “Nothing but Trouble” with his brother.

Aykroyd was no stranger to playing roles inspired by his brother. While he didn’t have a part in “Ghostbusters,” he did a voice in the “The Blues Brothers” animated series alongside Jim Belushi. They each voiced the characters played by their brothers, Dan and John, in the live-action film and on “SNL.”

The Great British Bake Off final reviewed by Jim Shelley

‘Floribama Shore’: Nilsa Reveals Why She Struggled To Keep It ‘Casual’ With Gus — Plus, More Show Scoop

Men in khaki take flood-hit school under their wings

On Deepika Padukone’s birthday, how she went from wanting open relationship with Ranveer Singh to marrying him