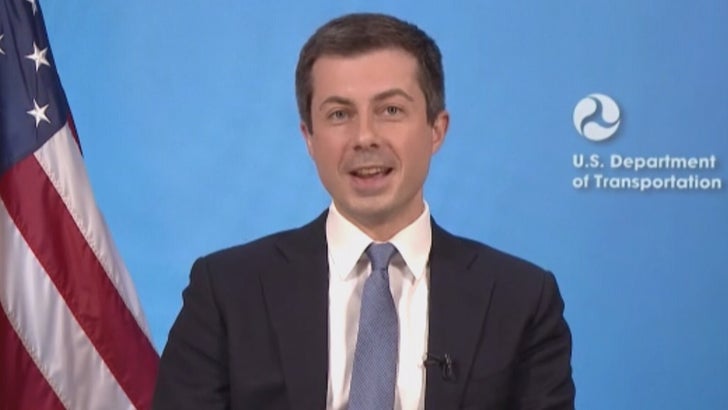 Pete Buttigieg insists he’s not sure about getting back on the campaign trail — possibly running for POTUS again in 2024 — but he’s not completely shutting the door either.

The former presidential hopeful, and current Sec. of Transportation, joined us Monday on “TMZ Live” and we asked him about the buzz around the Beltway about him making a second run for the White House.

Right now, Buttigieg says he’s not feeling like there’s anything inspiring him to run, because he’s plenty busy trying to make an impact in his current job — which includes allocating a good chunk of the $1 trillion infrastructure deal.

Pete made a push for the White House in 2020 before Joe Biden won the Democratic nomination and eventually the general election. While some people seem to think Mr. Secretary’s gearing up for a second bite of the campaign trail, PB says he doesn’t see any need for it. Not now, at least.

Aside from his political plate, Pete’s also got his hands full being a parent with husband Chasten, and you can tell he loves being a dad to twins … a boy and a girl.

As for what it would take for him to seek the nomination for President — well, he’s definitely left the door cracked open. Just watch what he told us … there are some clues about what would need to happen for him to get back on that horse.

Sara Ali Khan’s fan tries to kiss her hand; gets shooed away by her security – watch video | Bollywood Life

HAL was capable of producing Rafale jets, says its chief