Both aspiring and well-established QAnon influencers are directly profiting off the paid subscription service platform Patreon, despite the website publicly cracking down on accounts pushing the conspiracy theory last winter.

Rolling Stone found nearly a dozen examples of creators on the platform using language that identifies them as followers of QAnon, the far-right extremist conspiracy theory baselessly positing, among other things, that President Trump will arrest and execute a cadre of left-wing political figures who are secretly pedophiles. Some of these creators are making thousands of dollars a month by selling exclusive content to subscribers that promotes extremist conspiracy theories, explicitly marketing their content using such QAnon-related terms as “dark to light,” “the great awakening,” and “wwg1wga” (“where we go one, we go all”).

Patreon is a subscription-based platform that allows creators to offer exclusive content to subscribers for a monthly fee. Because it is a mainstream platform primarily geared toward creatives, Patreon is a way for QAnon influencers to “pull people into the movement more softly,” subtly presenting the central tenets of the conspiracy theory versus more fringe platforms like Telegram or Gab, says Kevin Grisham, associate director for the Center for the Study of Hate and Extremism. “Because it’s a way for artists to get their work out there, it’s a way to pull people in from the art community or the meditation and yoga communities — places you traditionally wouldn’t have seen lots of overlap.”

Last October, after Media Matters published an investigation into the platform, Patreon publicly announced that it would be banning those who promoted the QAnon conspiracy theory from the platform, removing the pages of many of the influencers who had been identified by Media Matters.

Yet some of the creators specifically cited in the Media Matters report, such as Redpill78, a popular vlogger and podcaster, are still on the platform, posting and profiting off such content as livestreams from the pro-Trump DC rally right before the attempted insurrection and livestreams titled “the storm is upon us,” language that alludes to the QAnon conspiracy theory. Redpill78 (a reference to the term “red pilling,” which refers to right-wing radicalization), has 481 patrons and is making $2,585 per month on Patreon, according to their page. Patreon did not immediately respond to Rolling Stone‘s requests for comment. 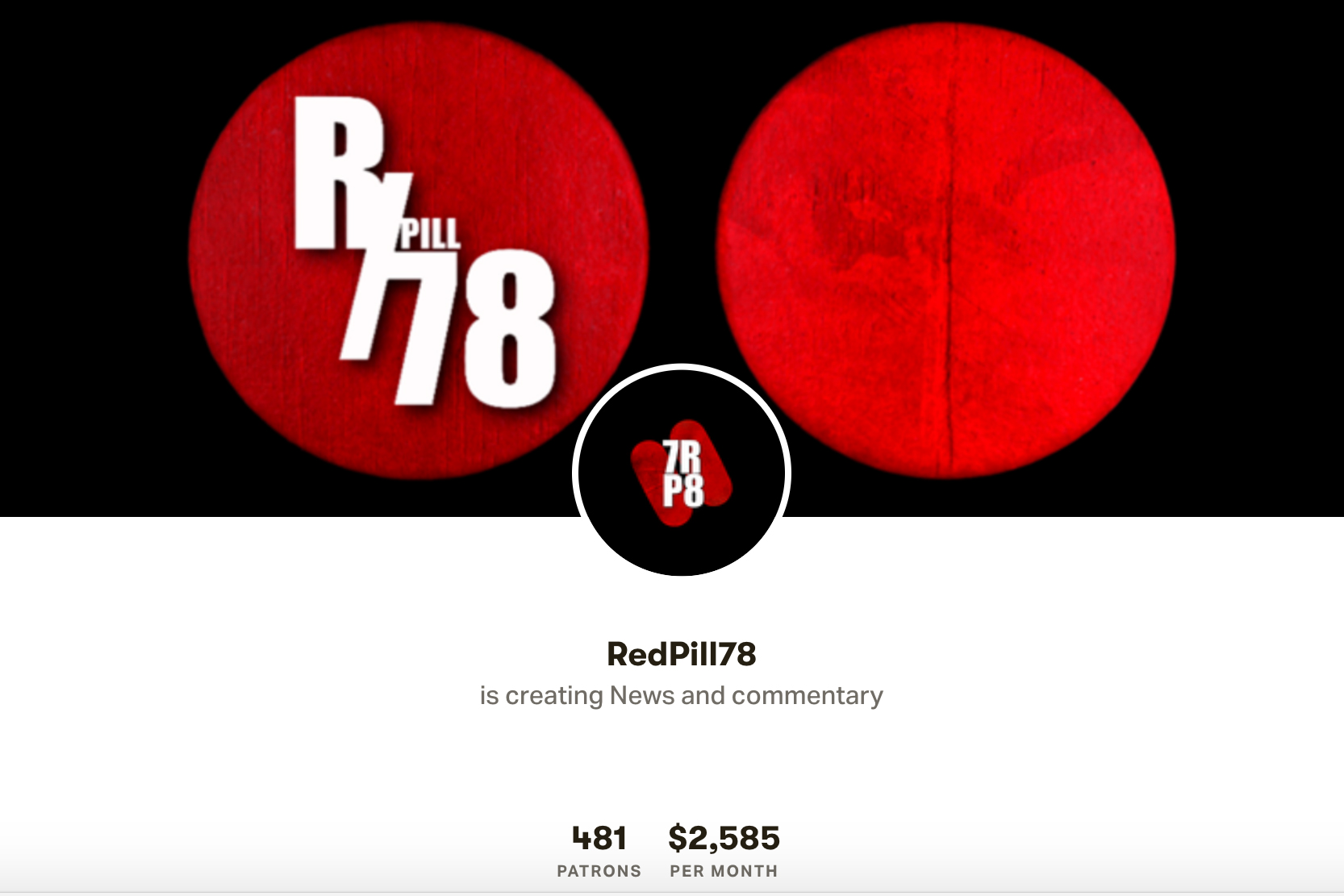 Another hugely popular and influential QAnon creator who is still on the platform is Tracy Beanz, who has followed QAnon since the very beginning of the conspiracy theory and markets herself as an independent journalist. Since the capitol insurrection, she has used her Patreon page to promote conspiracy theories about what happened on that day, including a video for her more than 650 patrons titled, “Was the Russia Hoax a Chinese Operation? Were the Chinese Involved in the 2020 Election Fraud?” and “The Media is Not Telling the Whole Story About January 6.”

Another influencer, the radio host Sarah Westall, uses her Patreon to push conspiracy theories about the January 6th attempted insurrection, such as the baseless theory that antifa was posing as rioters and that “Washington DC tunnel systems are frequently used by the elite Luciferians [to] increase the riots and destruction in Washington DC.” In one link to a post on her now-defunct website, she appears to be referring to the prospect of non-peaceful uprising, in a post titled “Election 2020 Report: United States Out of Peaceful Options,” accompanied by an image captioned, “Civil War: Preparing for the Unimaginable.” She has 1,636 patrons who pay between $5 and $20 per month for her content.

Following the attempted insurrection at the Capitol, which left five people dead, social media platforms have taken action against far-right extremists such as adherents to the QAnon conspiracy theory, who were out in full force at the riots. Earlier this week, for instance, Twitter removed 70,000 QAnon and QAnon-adjacent accounts from its platform, in addition to suspending the account of President Donald Trump (who has retweeted and promoted QAnon accounts) last week. 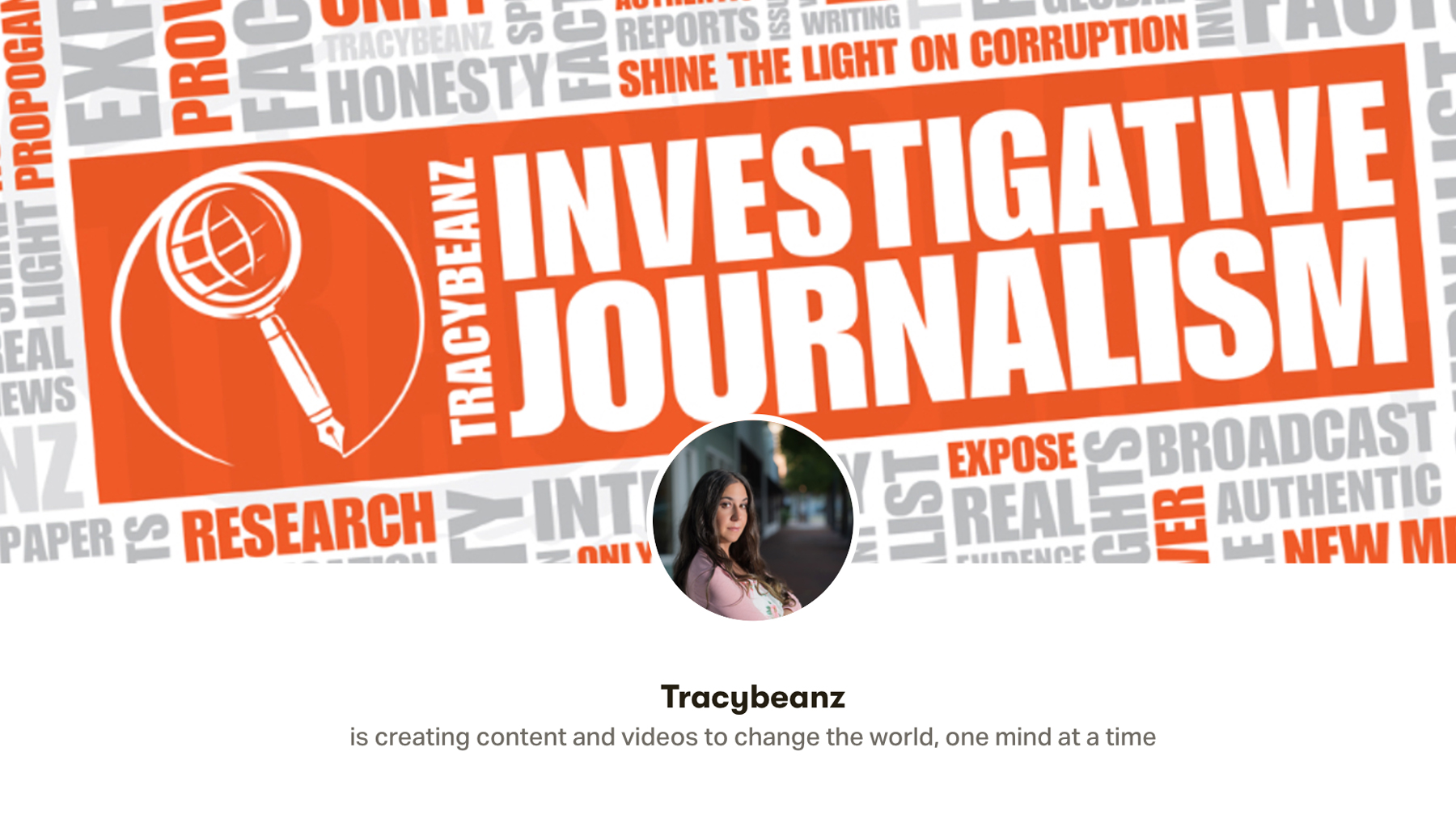 Big Brother Recap: Who Went Home Thanks to the Second Veto?

Father of kidnap victim pleads for justice or death