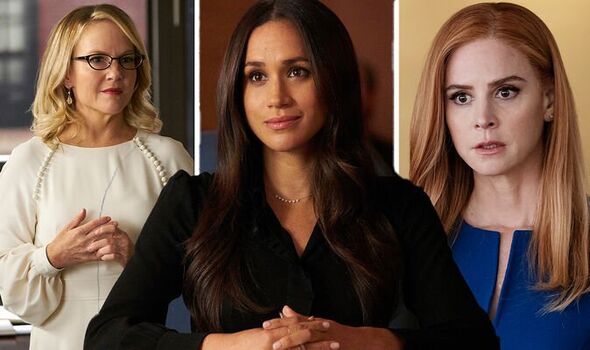 Suits actresses Sarah Rafferty and Rachael Harris, who played Donna Paulsen and Sheila Saza respectively, both starred alongside the Duchess of Sussex, who portrayed Rachel Zane in the legal drama for seven seasons from 2011 until 2018. Meghan’s former co-stars have now taken to social media to pay tribute to Britain’s longest-reigning monarch, with Sarah thanking the late Queen for “normalising having a respected woman in power”.

Having shared the screen for so long, Sarah and Rachael remain close friends with the Duchess, who officially quit acting when she got engaged to Prince Harry.

Walking away from the successful series, which follows a college dropout who finds himself as one of New York City’s best lawyers, Meghan Markle’s final episode aired one month before the Duke and Duchess of Sussex tied the knot in a lavish wedding ceremony in Windsor.

Posting on Instagram to her 2.2 million followers, Sarah posted a picture of the Queen on horseback, a pastime and sport she is known to have loved.

Alongside the image Sarah wrote: “Living a life of service, leading by example with dignity, strength, and devotion while inspiring many…

“Thank you for normalising having a respected woman in power, Your Majesty. Rest In Peace.

“Sending my heartfelt condolences to her family and loved ones, and to all who are mourning in the United Kingdom, the Commonwealth and around the world.”

In a slightly different tone, Rachael took to her Instagram stories, first sharing a video of people gathered outside of Buckingham Palace, and secondly re-sharing a drawing of the Queen walking hand in hand with Paddington Bear.

A caption alongside the sweet picture read: ”Paddington?’, ‘Yes M’am…!’, ‘Do you think you could take us to Prince Phillip, I’m feeling extremely tired now…?’, ‘Of course Your Majesty, this way.’”

Sarah and Rachael were not the only Suits cast members to post in the late Queen’s honour. Vanessa Ray – who played Jenny Griffiths in Suits – also re-shared a black-and-white picture of the Queen, originally posted by actress Jennifer Garner.

The American stars have no doubt rallied round as the Duke and Duchess of Sussex also paid tribute to the Queen, by turning the front page of their website black.

In similar vein to the Duke and Duchess of Cambridge, the Royal Family’s website was updated with the official statement released by Buckingham Palace and a poignant image of the Queen.

This came after Prince Harry arrived at Balmoral with the rest of his family – nearly an hour-and-a-half after the death of his grandmother was announced. 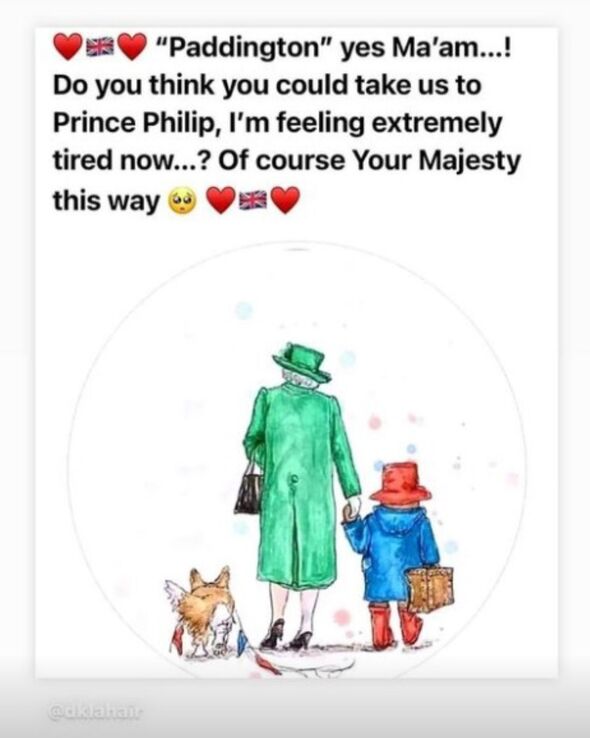 It was reported that the Duke’s plane was still in the air at the time the announcement was made, touching down in Scotland 15 minutes later.

He finally arrived at the Scottish estate at 7.52pm, where he joined other members of the Royal Family in mourning the Queen’s death.

Having cancelled their appearance at the WellChild Awards, which was meant to take place in London yesterday evening, it is understood that Meghan has remained in the country.

Other close friends of the Duchess, including Suits co-stars Patrick, who played Mike Ross, Gabriel, who starred as Harvey Specter, and Rick Hoffman, who played fan favourite Louis Litt, have not yet commented on the sad news of the Queen’s death on social media. 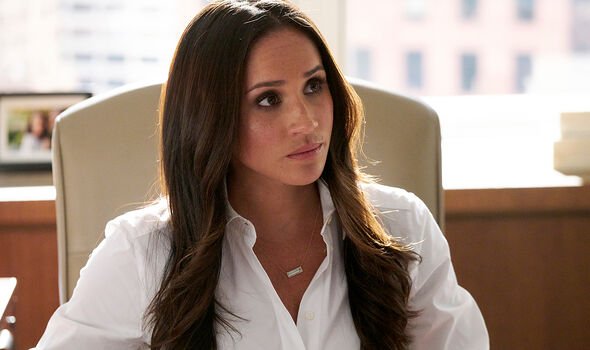 Yet others, including actor Orlando Bloom, who is in a relationship with singer Katy Perry and owns a property in Santa Barbara in the same gated community as Harry and Meghan, paid his own tribute to the monarch.

The English actor captioned an image from the Queen’s coronation: “We can not possibly fathom what she must have felt as she began her journey.

“Today, we mourn the loss and celebrate the life she embraced, a life led with dignity, grace and poise with a heart so loyal and true.

“What a remarkable woman.”

Sushmita Sen and boyfriend Rohman Shawl are truly, deeply and madly in love and this video is proof – watch here