Marlin “The Magician” Briscoe — the first black quarterback to start in the American Football League  — has passed away. He was 76.

Briscoe’s daughter, Angela Marriott, confirmed the tragic news on Monday … saying Marlin was hospitalized over poor circulation in his legs prior to dying of pneumonia at a Norwalk, California hospital.

Briscoe kicked off his career as a star quarterback for Omaha University in the 1960s. He led the team to three conference titles and set 22 school records including passing yards (4,935) and touchdowns (52). 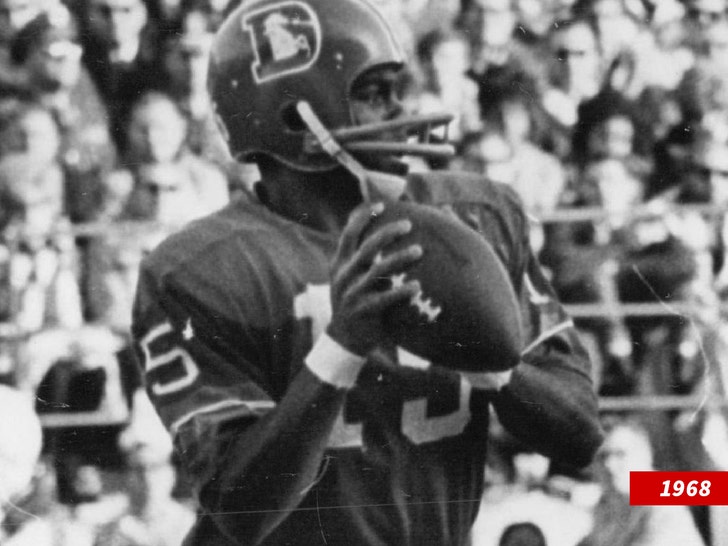 The Omaha native was selected by the Denver Broncos in the 14th round of the 1968 AFL draft … and the team tried to convert him into a cornerback.

But, after Denver’s starter got hurt and the backup showed inconsistencies at the beginning of the 1968 season, the Broncos put Briscoe at QB1 … making him the first black quarterback to start in the AFL.

Briscoe thrived in the opportunity … setting a Broncos rookie record that year with 14 passing touchdowns.

During his 8-year NFL career, the Pro Bowler played for the Bills, Chargers, Lions, Patriots, and Dolphins, where he won two Super Bowls.

He was a member of the 1972 Miami team that went undefeated.

Post-NFL career, Briscoe worked as a director for a Boys and Girls Club in Long Beach and launched a football camp for kids.

The University of Nebraska Omaha unveiled a statue in his honor in 2016.