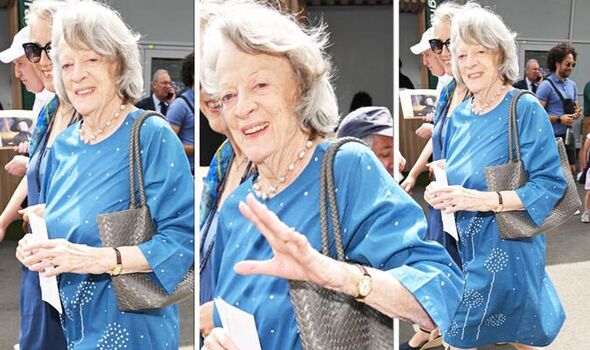 Dame Maggie Smith joined a host of famous faces at the Wimbledon Final including royalty.

Dame Maggie Smith, 87, was spotted at Wimbledon ahead of the clash between tennis stars Ons Jabeur and Elena Rybakina in the women’s singles final today.

The Downton Abbey star joined a host of famous faces including royalty Kate Middleton, as the Duchess of Cambridge was also seen arriving on Day 13 of Wimbledon.

The veteran chic sported a summery look in a baby blue knee-length dress which she teamed with a pair of flat white pumps.

The award-winning actresss was in high spirits as she waved to the cameras before heading into centre court. 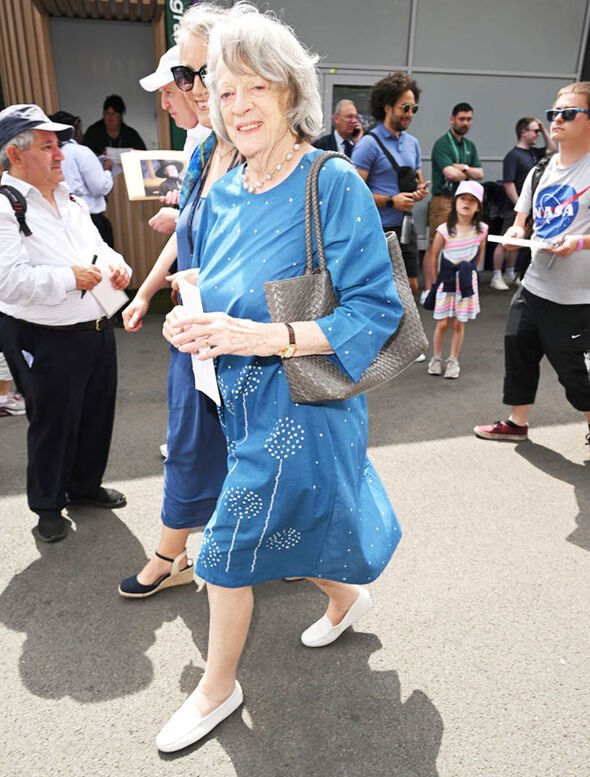 Maggie Smith was all smiles as she headed to centre court 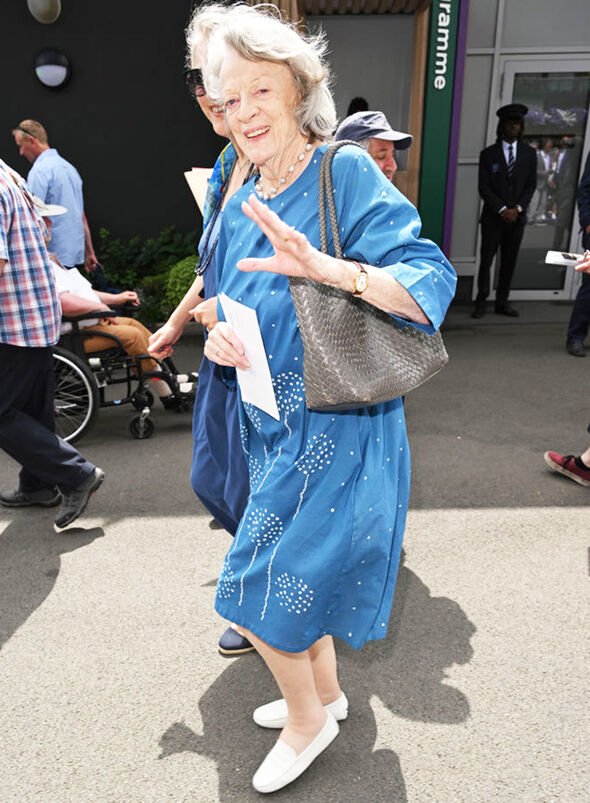 Dame Maggie Smith looked to be in good spirits