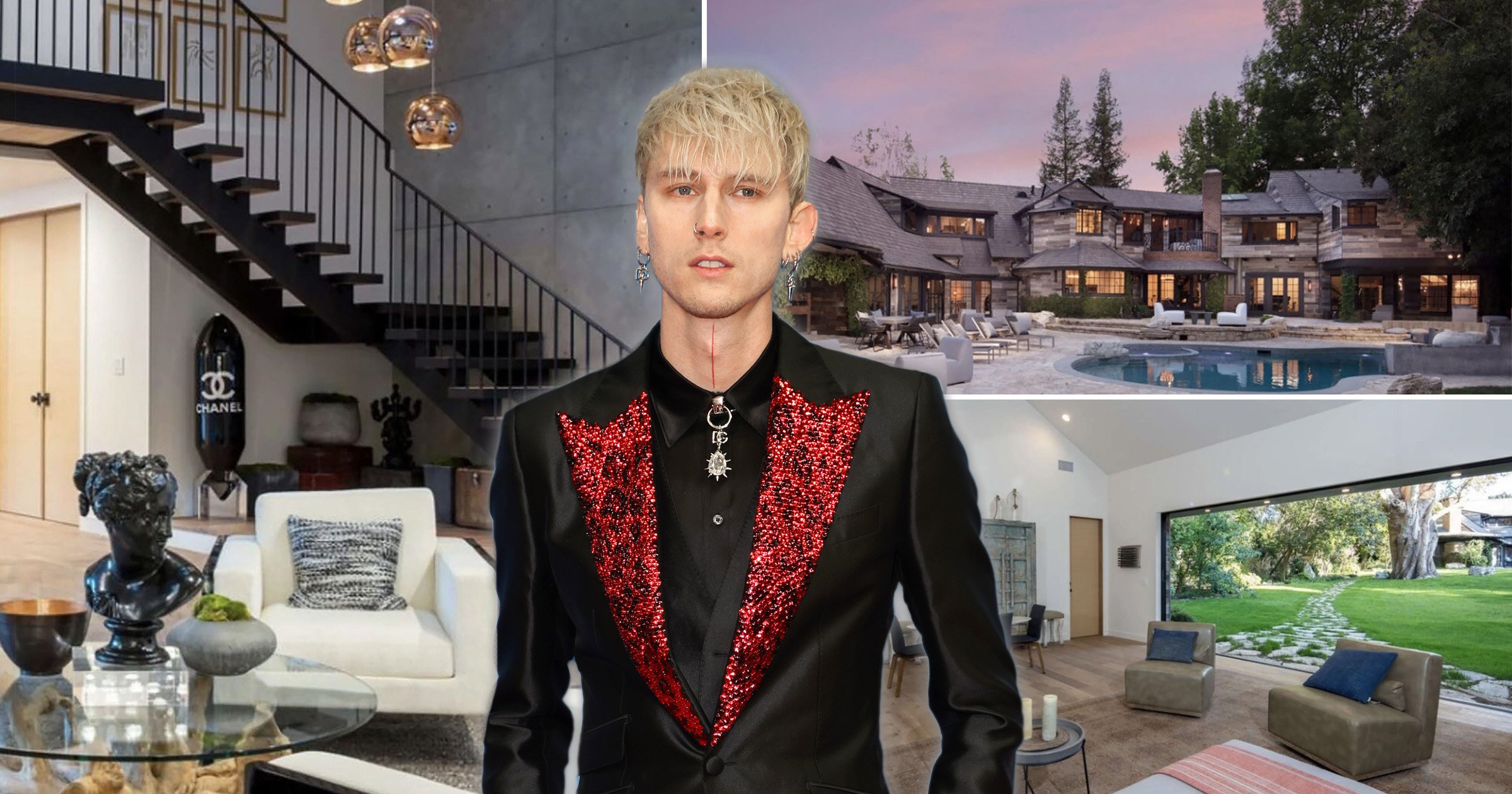 Machine Gun Kelly has added a new home to his portfolio after buying his friend Logan Paul’s Los Angeles mansion.

The YouTuber and podcaster, 27, had bought the mansion in late 2017 for $6.6million (£5.2million) so has made a tidy profit nonetheless.

MGK, real name Colson Baker, is thought to have made the purchase of the property solo, with Dirt.com claiming to have seen records showing he is the new owner.

The musician had recently moved out of the house he had shared with his friends and bandmates to move in with fiancée Megan Fox, 35, but she is not known to have gone in on this purchase with him.

Logan had given the home an extensive makeover after buying it in 2017, which he shared on his YouTube channel.

The Ohio native, who is friends with MGK, had installed new perimeter fencing and a high-tech security system to prevent trespassers.

He had also employed full-time security guards to watch the property around the clock after stalkers had managed to gain access to the property.

The home comes with seven bedrooms and seven full bathrooms, as well as eight smaller bathrooms and a wine cellar – because who doesn’t need one of those?

It also features a family room with a custom wet bar and a kitchen decked out with marble countertops and top-of-the-range appliances.

The house is located on a quiet, tree-lined street and expansive grounds with a secluded pool and   guest house, as well as an outdoor grotto kitchen.

It was originally designed in the 1970s but has been extended and remodelled considerably since then, and sits on an almost one-acre lot.

Logan revealed that he had decided to sell the house after choosing to move to Puerto Rico and suggested on his Impaulsive podcast last year that the property would suit a rapper as it is a compound with a music studio and gym on-site.

Chris Pratt And Katherine Schwarzenegger Already Planning Their Wedding, According To ‘E! Online’