Lorraine runs into sea in Antartica wearing just a BIKINI

Lorraine Kelly, 62, has stunned fans with a throwback photo in which the television star is donning a blue floral bikini. The picture was taken when Lorraine took a dip in the Antarctic sea in 2017.

The Australian Antarctic Program had tweeted about the freezing temperatures across the continent.

Alongside a video of hardy staff members plunging into the icy water, read: “Today at 4 Aust research stations in #Antarctica and the sub-Antarctic – Casey, Davis, Mawson and Macquarie Island – and at AAD in #Tasmania, we celebrate Midwinter Day.

“As tradition demands, the team of 15 at Mawson cut through sea ice to create a sub-zero swimming pool.”

Another account, named Polar Latitudes, replied: “Anyone up for a swim?” 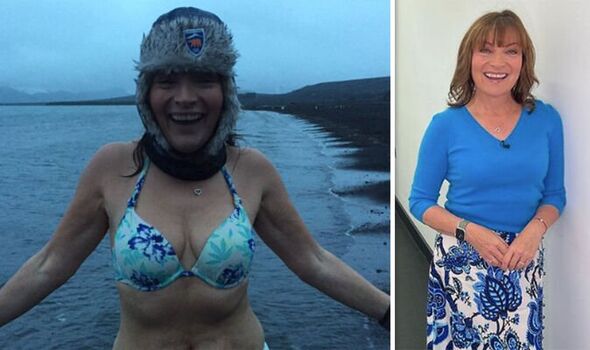 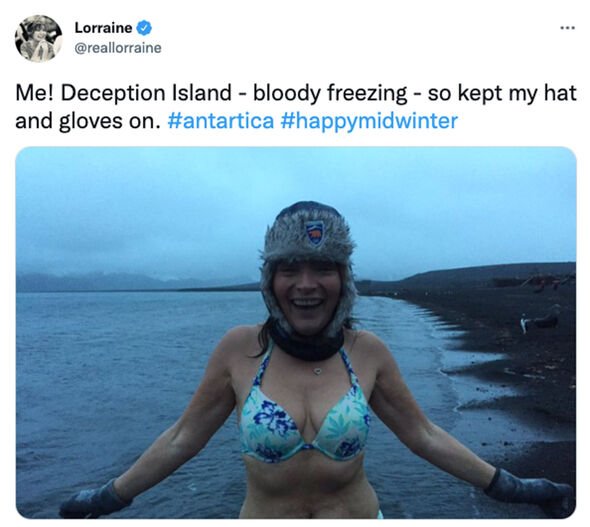 Proving she did indeed fancy a swim in the sub-zero temperatures, the ITV star replied with the beaming bikini snap.

“Me!” she wrote. Deception Island – bloody freezing – so kept my hat and gloves on. #antartica #happymidwinter” (sic).

The photo was taken back in 2017 when Lorraine plunged into the -29c water. 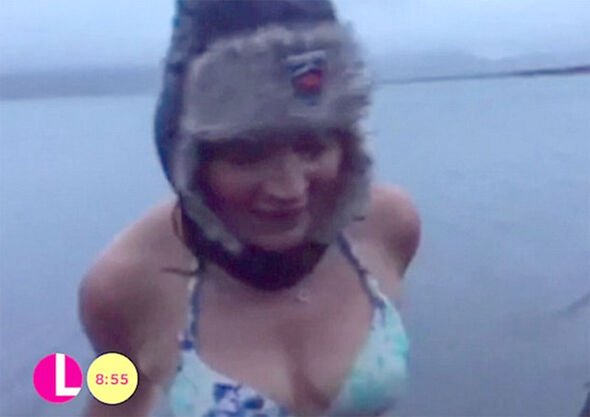 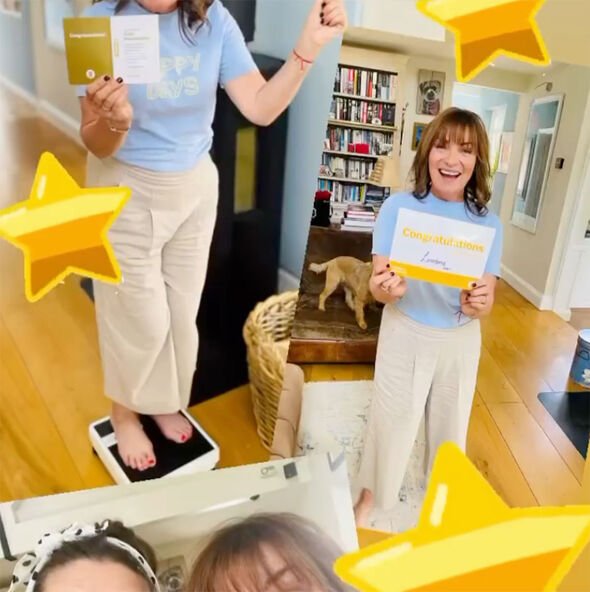 She went on the trip as part of her 25th wedding anniversary celebrations with husband Steve Smith.

“This is a first for me, this is Antarctica… and I’m going in,” she told the camera in scenes aired on her morning television show.

As horrified stand-in host Christine Bleakley looked on, Lorraine stripped down to her swimwear and a furry hat.

She then leapt into the water, looking totally undeterred by the cold as she giggled.

Lorraine recently celebrated reaching her goal weight after she piled on the pounds during lockdown and no longer felt confident.

The star has lost 21lb, meaning she went down two dress sizes.

She posted photos on her Instagram page as she stood on the scales and held up a “congratulations” sign.

“GOAL REACHED!” gushed Lorraine. “Lost one and a half stone!Feel healthier and happier“.

Her weight loss coach Suzy Stirling penned: “Lorraine has dropped 21lb resulting in two dress sizes from a size 14 to a comfortable 10.

“I think you’ll all agree with me that she looks amazing.”

She continued: “@ww.uk and I couldn’t be prouder of how hard Lorraine has worked and how dedicated to the plan she has been.

“Her efforts really have paid off and her smile says it all. Well done Lorraine”.

Rob Kardashian Has Found 'A Purpose' As He Focuses On Daughter Dream!