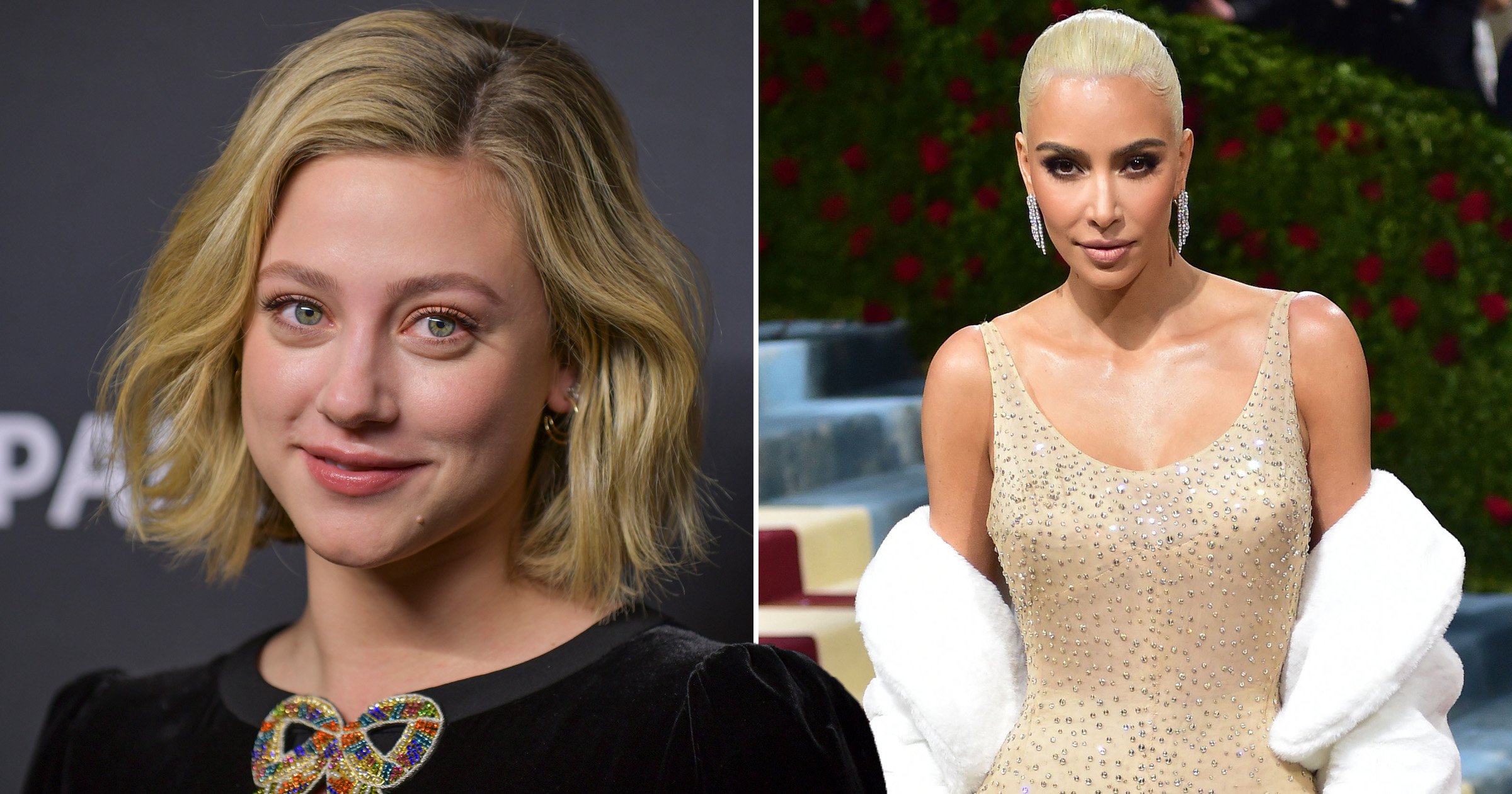 Riverdale actress Lili Reinhart appears to have ripped into Kim Kardashian for admitting to drastically cutting her diet in order to fit into her Met Gala dress, and called for fans to ‘stop supporting these stupid, harmful celebrities’.

Kim, 41, was the talk of this year’s Met Gala, held in New York City on Monday, when she arrived on the red carpet wearing Marilyn Monroe’s iconic rhinestone dress which she famously wore to sing Happy Birthday Mr President to John F Kennedy in 1962.

Speaking to Vogue on the red carpet, the Skims founder revealed she hadn’t eaten carbs or sugar for three weeks in order to slim down to Monroe’s size.

‘It was such a challenge. It was like a [movie] role. I was determined to fit [into] it. I haven’t had carbs or sugar in about three weeks. We’re having pizza and donut party back at the hotel [after the Met Gala],’ Kim said.

Lili, 25, appeared to address Kim’s comments in her Instagram stories, later writing: ‘To walk on a red carpet and do an interview where you say how starving you are … because you haven’t eaten carbs in the last month… all to fit in a f*****g dress?

‘To openly admit to starving yourself for the sake of the Met Gala. When you know very well that millions of young men and women are looking up to you and listening to your every word. The ignorance is other-worldly disgusting.’

Lili then pleaded with her followers to ‘stop supporting these stupid, harmful celebrities whose entries image revolves around their bodies’.

‘I am not generally an angry person but I swear to God, the toxicity of this industry sometimes really gets to me and I have to do my little Instagram-story rants to release my rage,’ she added.

Kim attended the Met Gala with boyfriend Pete Davidson and was joined by her sisters, Kourtney, Khloe, Kendall and Kylie Jenner, and mum Kris Jenner.

It was later revealed that the reality star actually only wore the Monroe dress for around five minutes before changing into a replica, with handlers keen to preserve the historic item.

Metro.co.uk has reached out to Kim’s reps for comment.

Move over Google Maps, these researchers are creating wheelchair-accessible maps for India

Game of Thrones season 8 episode 3 recap: It is the living vs the dead at Winterfell