Liam Neeson has taken on many roles. The actor decorated his career with colorful, iconic characters that are as quotable as they are memorable. From retired CIA agent Brian Mills in Taken to mastering the force as Qui-Gon Jinn in Star Wars, Neeson has made an indelible mark on Hollywood. James Bond was another popular character Neeson could’ve left his mark with. However, before Neeson came close to the role, his late wife Natasha Richardson didn’t want him inheriting the James Bond mantle for their relationship’s sake.

How did Natasha Richardson and Liam Neeson meet? 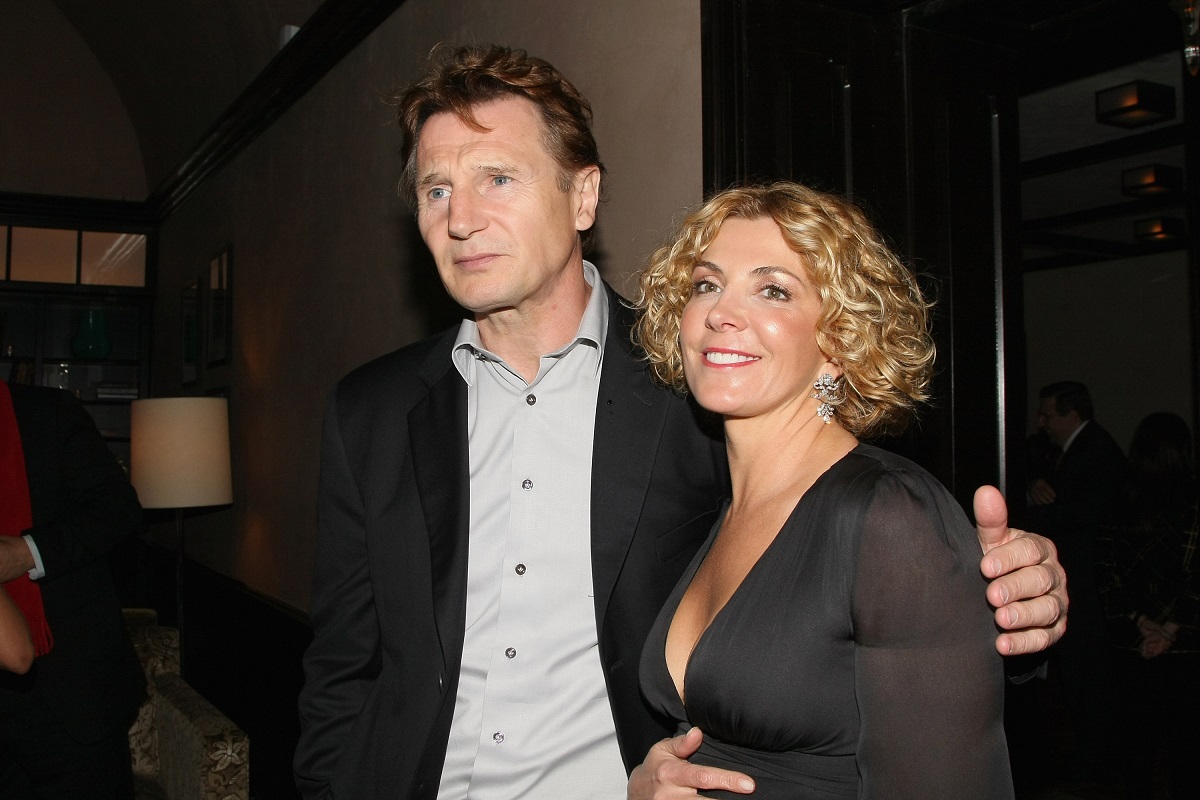 Natasha Richardson and Liam Neeson met on the set of the Eugene O Neil play Anna Christie, which earned them both Tony nominations. At the time, Richardson’s marriage with producer Robert Fox was on unstable ground.

“It was not an easy time when I met Liam,” Richardson told The Daily News. “Working with him, what happened between us, and that becoming public knowledge in conjunction with my marriage falling apart, was kind of bad timing. So what can I say? Obviously I fell very much in love with him.”

But Neeson and Richardson didn’t immediately enter a relationship. The tipping point came after Anna Christie concluded. Neeson left New York for Poland to film the Oscar-winning Schindler’s List. The actor sent Richardson a letter on her 30th birthday celebrating the occasion.

“You’re catching up with me. Lots of Love, Oskar,” Neeson said, referencing his character from Schindler’s List.

The letter prompted Richardson to respond and let her true feelings known.

“This is like a letter from a buddy. What is our relationship?” Richardson wrote back.

“That was when I knew I really loved this person,” Neeson said. “I thought, ‘This is real and genuine and something that has to be protected.’”

Before Richardson and Neeson got married, however, there was another commitment the actor considered making to James Bond. On the Late Late Show with James Corden, Neeson revealed how he was briefly courted for the 007 role.

“They approached me, I believe it was a couple of calls from Barbara Broccoli who’s now the main producer of the Bond films,” Neeson said. “However, my dear, departed wife did say to me … ‘Darling, if you’re offered James Bond and you’re going to play it, you’re not going to marry me.’”

In a resurfaced interview with Men’s Journal, Neeson once got into a little more detail about why his wife didn’t want him to fill James Bond’s shoes.

“Women. Foreign countries. Halle Berry. It’s understandable,” Neeson said when asked about his wife’s reservations. “She was like, ‘You’re going to ruin your career.’”

Liam Neeson threw himself into work after losing Natasha Richardson

Natasha Richardson died after bumping her head in a skiing accident in 2009. With Richardson left in a vegetative state, Neeson honored an earlier promise the couple made to each other.

“She and I had made a pact,” Neeson told 60 minutes. “If any of us got into a vegetative state, we’d pull the plug. You know? So when I saw her and saw all these tubes and stuff, that was my immediate thought.”

In the same interview, Neeson confesses that he threw himself into work to better deal with the passing of his wife.

“I’m not good without work,” Neeson said. “I just don’t wallow too much. You know? And I just didn’t want to, especially for my boys, seem to be wallowing in sadness or depression.”

Stuart Broad, Chris Woakes among first to return to training for England