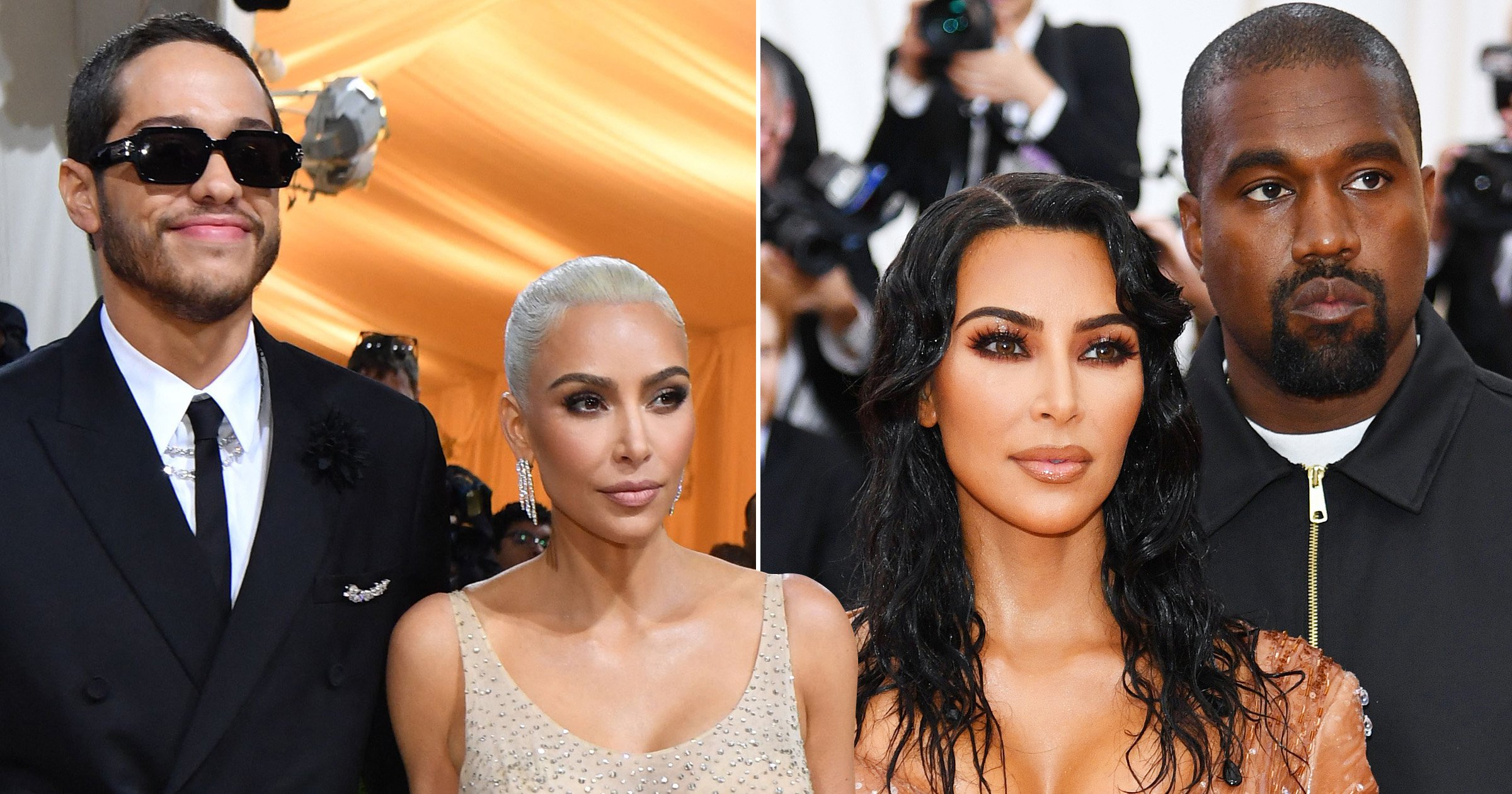 It’s been claimed that Kim Kardashian’s split with Pete Davidson was because she felt ‘totally exhausted’ by their relationship, as well as other aspects in her busy life.

The reality star and entrepreneur, who recently launched a new skincare line, separated from her boyfriend of nine months this week after a headline-grabbing courtship.

Pete, 28, and Kim, 41, originally hit it off following her guest host stint on Saturday Night Live last October, with the mother-of-four asking a producer for his phone number when the comedian skipped her after-party.

An insider has now claimed that their age difference and separate demands on her time caused their split.

‘Pete is 28 and Kim is 41 – they are just in very different places at the moment,’ the source told Page Six.

‘Pete is totally spontaneous and impulsive and wants her to fly to New York, or wherever he is on a moment’s notice. But Kim has four kids and it isn’t that easy. She needs to focus on the kids.’

The insider also said that Kim, who is onto the second season of her family’s hit TV show The Kardashians, pursuing a legal career and running her popular shapewear brand SKIMS, is ‘totally exhausted by this relationship and other things going on in her life.’

However, Kim is not getting back together with Kanye West another source has insisted, quashing rumours of a reunion with her former husband.

The 41-year-old reality star filed for divorce from rapper Kanye, 45, in 2021, and shares kids North, nine, Saint, six, Chicago, four, and three-year-old Psalm with him.

During her relationship with Pete, Kanye’s erratic behaviour caused problems for the couple, leading to a tumultuous relationship between him and Kim.

Things are now reportedly calmer – but there’s no hint of a romantic reconciliation.

A source told E! News: ‘The divorce is still moving forward. They are happily co-parenting.’

A second insider went on to claim to the publication that The Kardashians star is in a ‘really great place’ with her ex-husband – but alleged that although she participated in recent promotion for his Yeezy fashion line with Adidas, it was ‘not a sign of them getting back together’.

‘They are fully aligned in making their kids their priority,’ they added.

The claims come just one day after it was reported on Friday that the SKIMS founder, who was declared legally single back in March 2022,  had called it quits with Pete.

The comic has been shooting a movie in Australia in recent weeks, and their hectic schedules were blamed for making it ‘difficult’ for them to stay together.

They have instead reportedly decided to ‘just be friends’.

Metro.co.uk has contacted reps for Kim Kardashian and Pete Davidson for comment.

Keanu Reeves Once Revealed What Makes Him Happy, and It’s the Purest Answer Ever

Mamata to MLAs: Don’t cede an inch to BJP, apologise to people