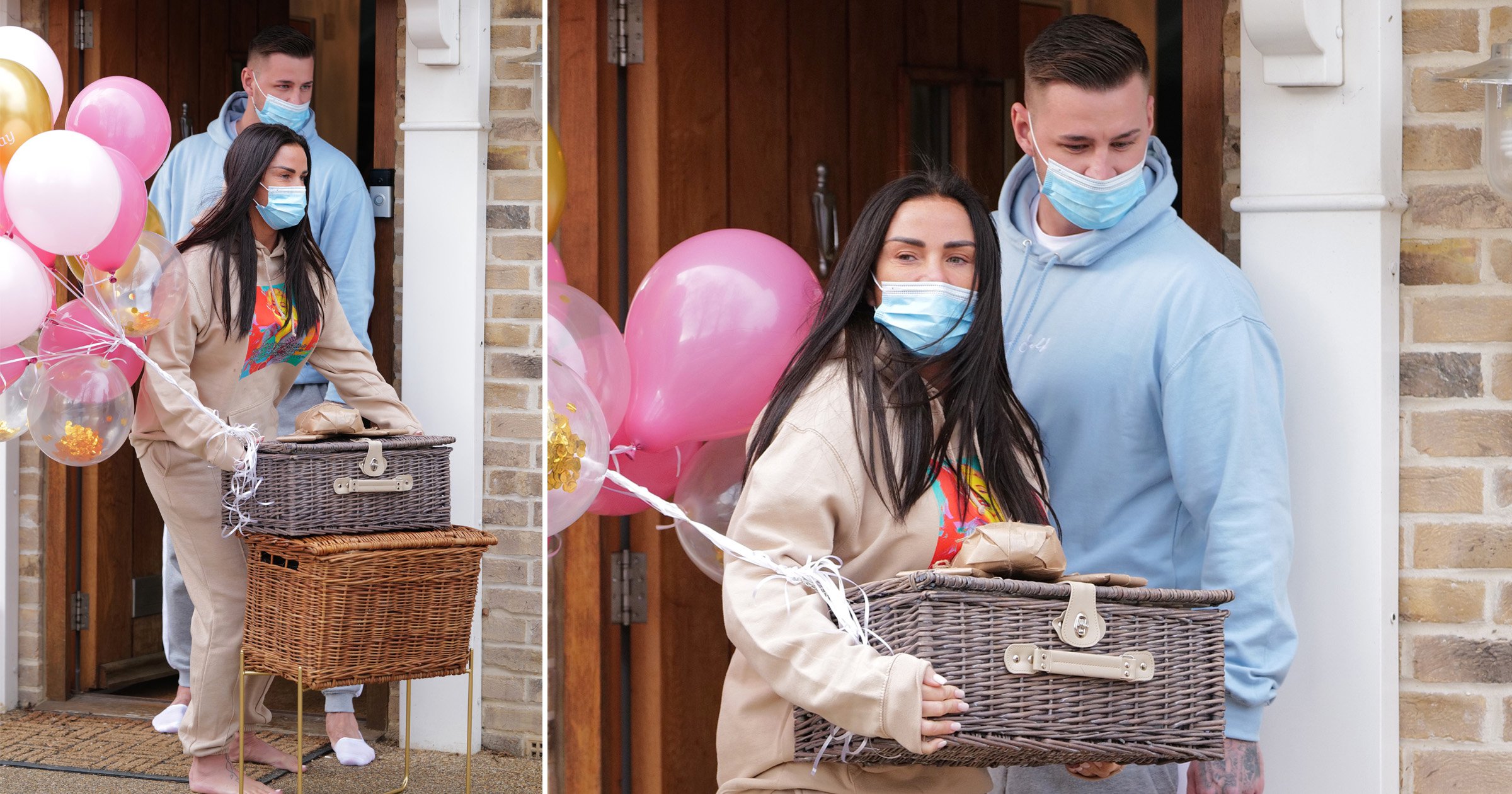 Katie Price and Carl Woods have been spotted getting a delivery ready for a romantic Valentine’s Day at home, as they picked up large hampers and balloons at their doorstep.

The couple, who got together last summer, were seen answering the door to a delivery, which consisted of two large hampers on a stand as well as a huge collection of pink, white and gold glitter-filled balloons.

Katie, 42, didn’t appear to notice the freezing temperatures as she stepped out barefoot to bring the goodies in while Carl, 31, also sported no shoes and just white trainer socks at the door.

The pair were both in tracksuits as they relaxed at home, but both Katie and Carl donned surgical masks on their faces as they met the couriers.

Earlier in the day, Carl had teased a surprise for Katie as the pair discussed Valentine’s Day together in the car as well as his birthday on February 15.

He told her: ‘You need to get excited for Valentine’s Day because I have got a surprise for you!’ 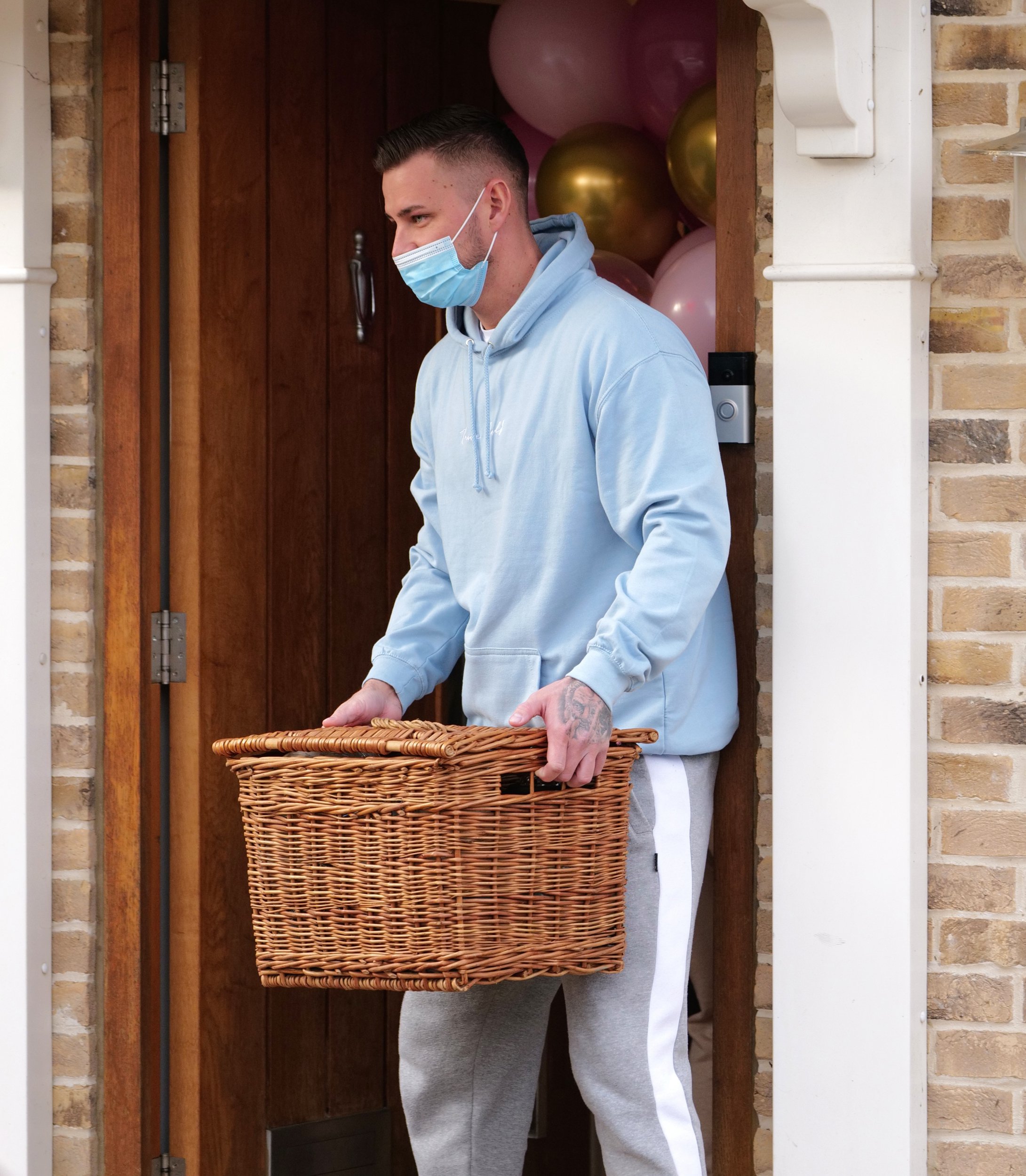 Katie then revealed: ‘Today a parcel came and they said “Sorry, we need Carl Woods’ ID,”’ to which Carl replied: ‘Yeah, of course, because otherwise you’d be accepting it at the door and looking at it. It’s specifically just to come to me. It’s for you.’

It comes after the mother of five has spent the past few months planning to expand her family with another baby with Carl.

The pair have often talked about their desire to have a child together, admitting they were not ‘being careful’ and would be over the moon if they found out she was pregnant.

The former glamour model has shared images of pregnancy vitamins on social media in recent months, as well as taking a pregnancy test on her YouTube channel, which came back negative.

She is already mum to 18-year-old Harvey Price from her relationship with Dwight Yorke, Junior, 15, and Princess, 13, from her marriage to Peter Andre and Jett, seven, and Bunny, six, with Kieran Hayler.