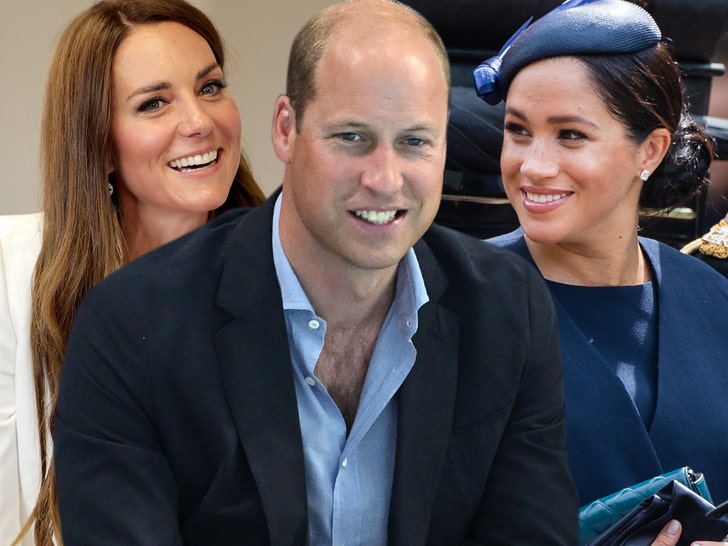 Meghan Markle is celebrating her 41st birthday … and some of the royals are, at least publicly, setting aside their very deep differences to wish her well.

Prince William and Kate Middleton marked their sister-in-law’s big day on social media by posting a photo of Meghan dressed in all white with the caption … “Wishing a happy birthday to The Duchess of Sussex!”

Not exactly warm and fuzzy, but kind of a big deal when you consider the beef between Meghan, Prince Harry and the rest of the royal family. As you know, tensions have been high for some years now … especially since Meghan and Harry resigned as senior royals in 2020.

Anyway, there’s clearly a royal plan afoot to at least make it seem they’re all making nice — in addition to William and Kate’s message … Prince Charles and Camilla also posted, “Happy birthday to The Duchess of Sussex!”

The Meghan pic they posted was from the Queen‘s Platinum Jubilee this year, the last time they all saw her in person.

You’ll recall, Meghan and Prince Harry attended the Jubilee in the U.K. back in June, and, there was a clear divide — physically and otherwise — between them and some of the royal fam.

It might be a loooong time before Meghan’s blowing out candles with them … but something’s better than nothing. Maybe? 🤷🏽‍♂️