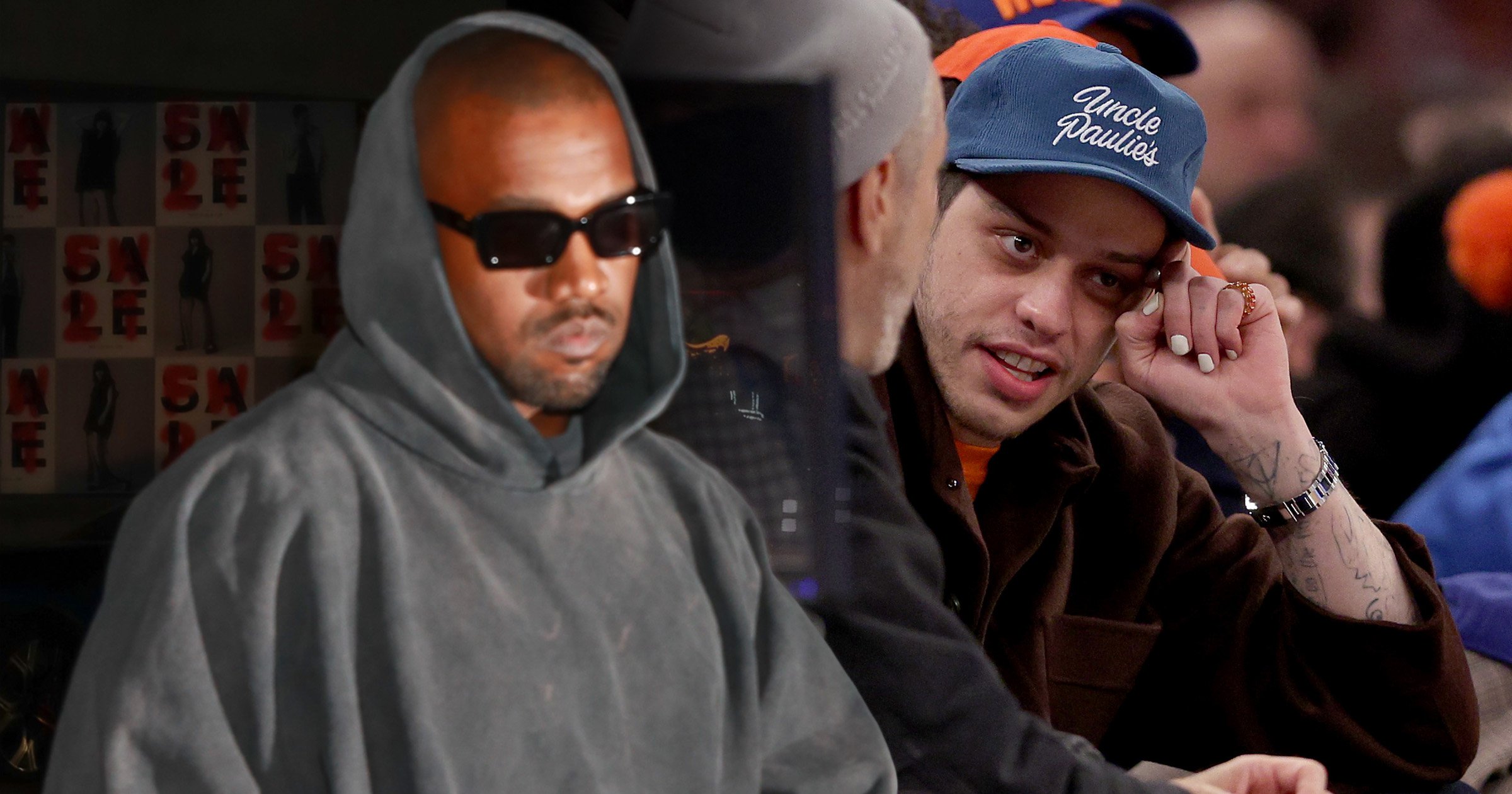 In something we didn’t expect on our 2022 bingo card, Kanye West has remarkably followed Pete Davidson on Instagram.

It wouldn’t stir our interest in any other era, but it comes after the Saturday Night Live comedian re-joined the platform amid tensions between the rapper and his ex-wife, and Pete’s girlfriend, Kim Kardashian.

Is this an olive branch we see before us?

The Jesus Walks rapper appeared to signal he’s trying to move on from his spat with his estranged wife Kim’s boyfriend after he launched a series of scathing attacks on the star.

Pete, 28, has only just returned to the platform, setting up a new profile with the handle ‘pmd’, his initials.

At the time of writing, he has nearly 600,000 followers, including Kim and Kanye, and so far is only following his girlfriend…and Pam and Tommy actor Sebastian Stan.

It followed the 44-year-old rapper vowing that Pete would not be allowed to meet the children he shares with Kim – North, eight, Saint, six, Chicago, four, and Psalm, two – and shared a private text allegedly from the comic.

Among his insults, Kanye – who referred to Pete as ‘Skete’ in his barrage of posts on the social media app – called the King of Staten Island’ star a ‘d**’, and insisted he would reunite with Kim.

Howeber, this week, the Stronger hitmaker apologised for ‘harassing’ his ex-wife online following a stream of posts.

Deleting all of his posts and reflecting on his public statements, Ye admitted he was ‘learning in real time’.

Alongside a photo of himself on stage, Kanye wrote: ‘I’ve learned that using all caps makes people feel like I’m screaming at them.

‘I’m working on my communication. I can benefit from a team of creative professionals, organizers, mobilizers and community leaders. Thank everybody for supporting me.(sic)’

Referencing his posts that appeared to feature screenshots of text exchanges with Kim, he added: ‘I know sharing screen shots was jarring and came off as harassing Kim. I take accountability. I’m still learning in real time. I don’t have all the answers. To be good leader is to be a good listener. (sic)’

Kanye had earlier taken to Instagram over the weekend to insist that he is ‘not giving up’ on his family and that he has faith they will reunite eventually.

He wrote: ‘I DONT HAVE BEEF WITH KIM I LOVE MY FAMILY SO STOP THAT NARRATIVE IM NOT GIVING UP ON MY FAMILY. I HAVE FAITH THAT WE’LL BE BACK TOGETHER (sic)’

Pete has so far appeared unfazed by Kanye’s messages, having made a loved-up outing with Kim ahead of a Super Bowl party on Sunday night, where they were seen kissing at dinner with pals.

As Emma Stone turns 30, here are some interesting facts from the Academy Award winner’s life

Ayushmann Khurrana: We must not discriminate by bracketing content into mainstream and non-mainstream | Bollywood Life

Baaghi 3, Angrezi Medium will be re-released