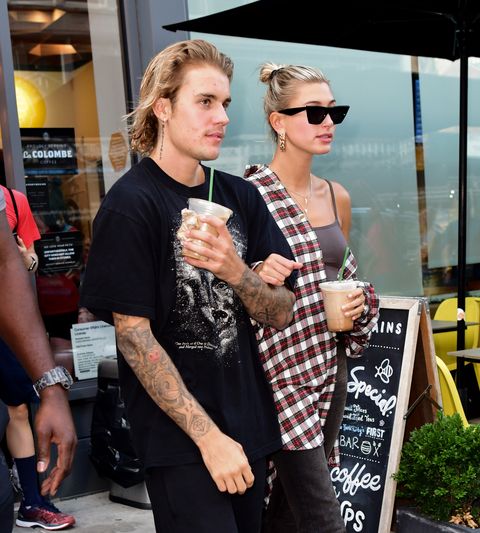 The day is Tuesday, August 7. Justin Bieber and Hailey Baldwin embark on a seemingly casual CitiBike ride through NYC when photographers capture them breaking down into tears. Like, full-on ugly crying. First, it was Justin, and then, they got to a cafe and it was Hailey. The entire internet was simultaneously like “lolz” and “Are they okay?”

It’s been a long 48 hours since those pictures hit the web, and finally there’s an answer to the madness.

Last night, Justin was leaving Hailey’s apartment building in Brooklyn when a photographer asked him why they were crying. He held up a book called “The Meaning of Marriage” and said “This.”

“What is that?” the photographer asked. “Timothy Keller?”

“You got good days and you got bad days,” Justin responded, being 100 percent serious. “It’s not real if it doesn’t have any bad days.”

He didn’t, however, give any explanation as to why the day was bad. He just got in the black SUV that was waiting for him and that was that. End of discussion. He went like the wind, his blonde hair flowing behind him. You can watch the video over here on TMZ.

And it’s just….. like…. WHAT? WHAT IS HAPPENING HERE? WHAT IS HE EVEN TALKING ABOUT? THEY’RE NOT EVEN MARRIED YET.

And! This isn’t even the first time one of them has been caught crying in public. Right after their engagement, someone saw Justin making a very teary phone call outside of Hailey’s building. So I guess the only question remaining is, you guys good?