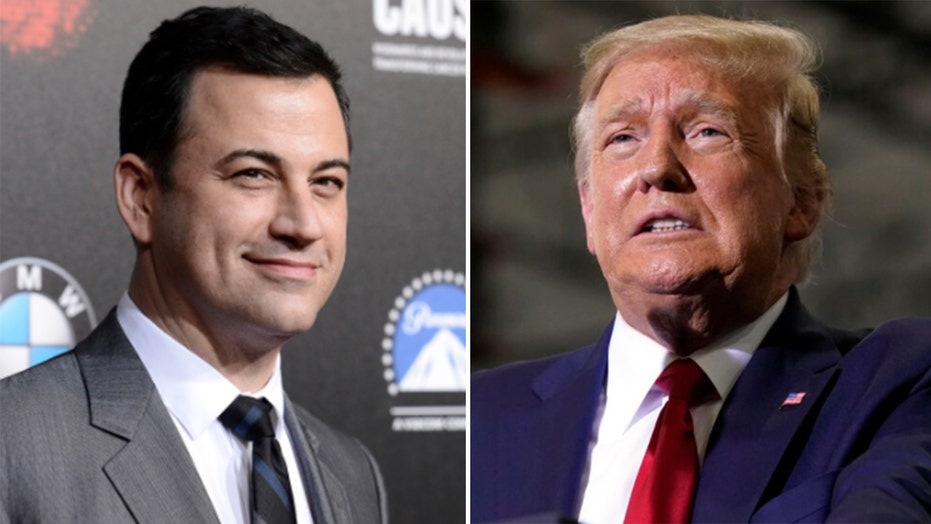 Jimmy Kimmel took aim at Donald Trump for continuing to campaign after his positive COVID-19 diagnosis and subsequent treatment.

Although the president has reportedly tested negative for the coronavirus and White House physicians maintain he is no longer contagious, Kimmel jabbed Trump for holding mask-less rallies in Pennsylvania and Florida and potentially spreading the illness to his supporters.

“Trump did about an hour of material in Florida and he killed – he really killed,” he said on “Jimmy Kimmel Live” Tuesday. “We have to wait two weeks to see how many he killed but he definitely killed.”

He also discussed Trump's rally in Pennsylvania, joking that the president seemed to be “on something” despite claiming to be off COVID-19 medication and was “feeling little droplets of love in the air.”

Kimmel then mocked a photo of Trump, who he called “Spready Kruger,” throwing masks to a maskless crowd. He also shared video clips and made fun of Trump supporters who were discussing how they’re unafraid of the virus outside of his rally. 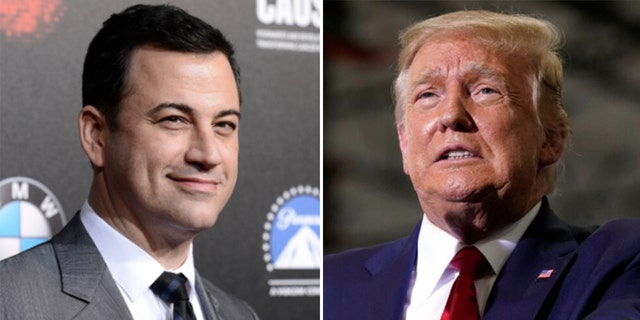 Kimmel went on to contrast the rallies that Trump is holding compared with his opponent, Joe Biden. He praised Biden for holding virtual or drive-in rallies while mocking Trump for potentially spreading the virus.

“So no one’s getting the virus at Joe Biden’s rallies, meanwhile the president is doing a cross-country Corona-Palooza tour,” he joked.

The late-night host then jabbed Trump's recent feud with infectious disease expert Dr. Anthony Fauci after he got upset at the Trump campaign for taking some of his words out of context, seemingly alleging that Fauci is on board with Trump’s plan to reopen the country.

“Despite the doctor’s warning, Trump is doubling down on phony Fauci endorsements,” Kimmel said, before playing a doctored video that makes it look like Fauci is praising Trump’s COVID-19 response.