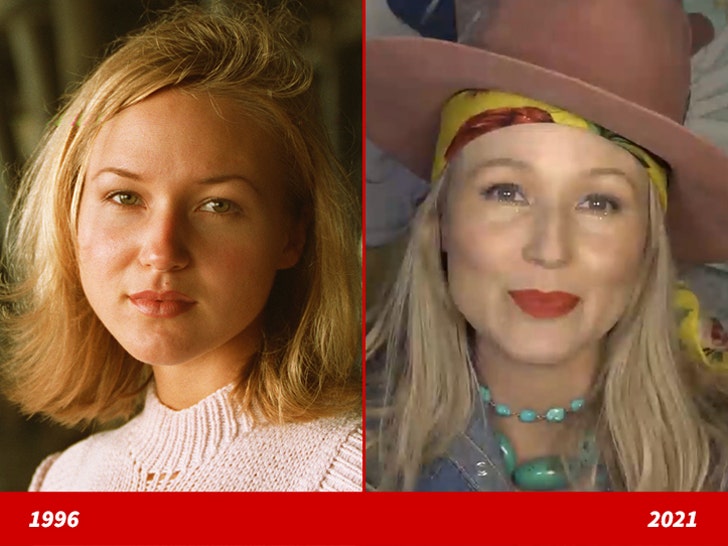 Jewel‘s good looks are just as amazing as her voice!

Here is a 22-year-old version of the talented “Who Will Save Your Soul” singer showing off her stunning looks during a photo shoot in Santa Monica back in 1996 (left). This was just one year after she released her debut album, “Pieces of You.”

And, 25 years later … the professional songwriter and amateur hat enthusiast — who is spending this weekend celebrating her 47th birthday — was most recently seen looking capped off during a virtual performance in New York City earlier this month (right).

Jewel has released 12 studio albums and has been nominated for 4 Grammys during her impressive career.

Billy Connolly ‘sees the funny side’ of having Parkinson’s, fellow comic claims