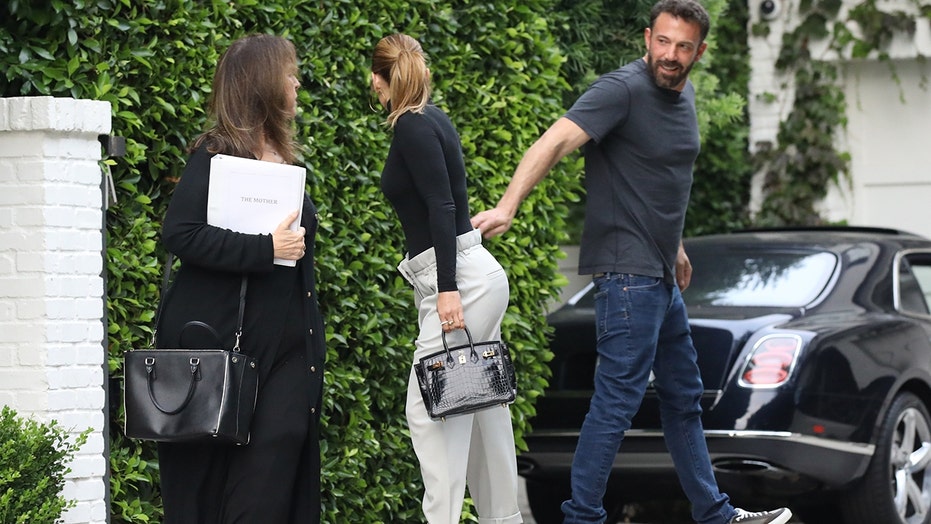 Ben Affleck and Jennifer Lopez got handsy with one another outside of his California home after celebrating his 49th birthday.

The stars kept things low-key for the big day as Affleck spent some time with his kids, who he shares with ex-wife Jennifer Garner. However, on Tuesday, she was snapped outside his Brentwood home leaving for the day. As the couple bid farewell to one another, JLo was reportedly playfully grabbing at her man’s backside.

Before she took off, the duo shared an incredibly passionate kiss together before she headed off to her car with an unknown woman. It seems the “Let’s Get Loud” singer was off to work as the woman appeared to be holding the script for Lopez’s upcoming project, “The Mother,” as The Daily Mail notes. 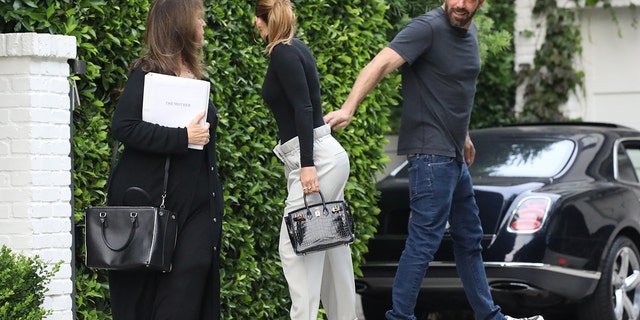 Ben Affleck and Jennifer Lopez get playful outside his Brentwood home.
(Backgrid)

Lopez and Affleck were first spotted together in late April after she ended her engagement to Alex Rodriguez just a few weeks earlier. The “Hustlers” star and the “Argo” director were originally together from 2002-2004.

The rekindled romance came shortly after Affleck broke things off with actress Ana de Armas. Meanwhile, Lopez rebounded with the “Good Will Hunting” actor relatively quickly after her incredibly high-profile split with ex-fiance Alex Rodriguez. The duo was set to get married in a matter of months before they abruptly cut things off. 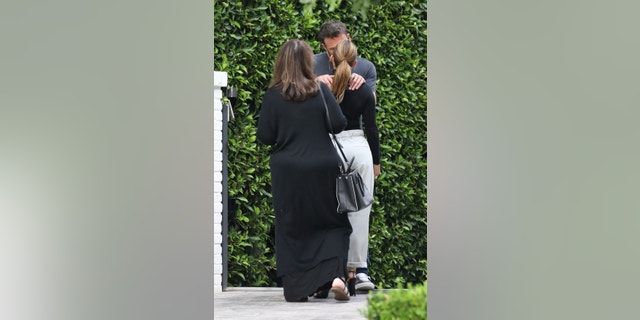 Jennifer Lopez and Ben Affleck share a passionate kiss outside his home.
(Backgrid)

Ahead of Affleck’s birthday, JLo shocked fans again when she took to Instagram to remove any possible trace of Arod from her social media. This includes shots of the exes together during President Joe Biden’s inauguration, where she performed “This Land Is Your Land” and “America the Beautiful.”

On Tuesday, ARod seemingly took the high road when asked about his relationship with Lopez in an interview with Entertainment Tonight in which he explained that he is “grateful” for his “incredible” five years with Lopez.