Janhvi Kapoor was seen last evening at an awards function where she bagged a trophy for being the Best Debutant Female for Dhadak. The actress wore an elaborate Anamika Khanna ensemble for the award ceremony, which looked rather tacky on stage. The outfit was in one of her fave styles, trousers with a skirt and crop top. The denim pants had embroidery done on them. The fabric was a global printed one and the top also had small tassels in various colours. While the hues of blue, black, pink and bit of yellow looked pretty, the dress was surely not meant for an awards function. We do not expect the young and bubbly actress to dress maturely but she literally looked like she had walked out of a beach party into the ceremony.

Dhadak actress Actress Janhvi Kapoor poses for a picture with her fans who had Inked her name, watch video 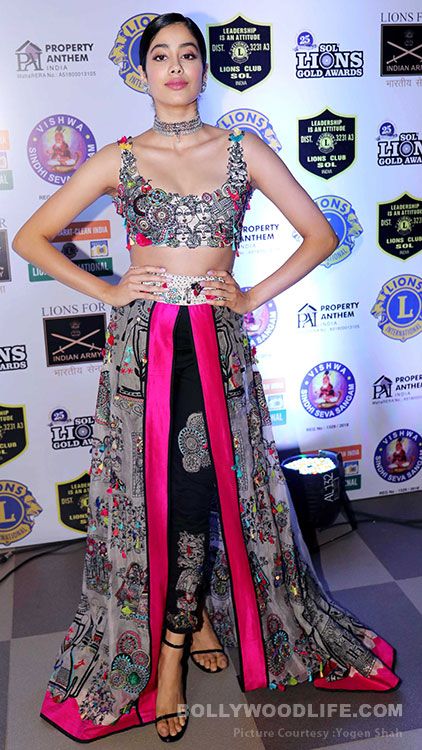 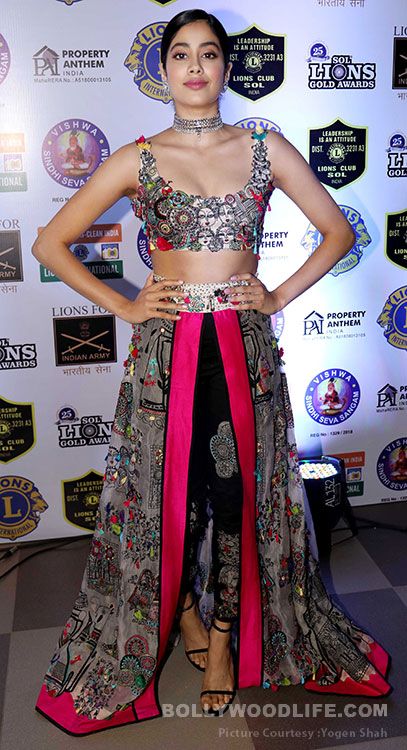 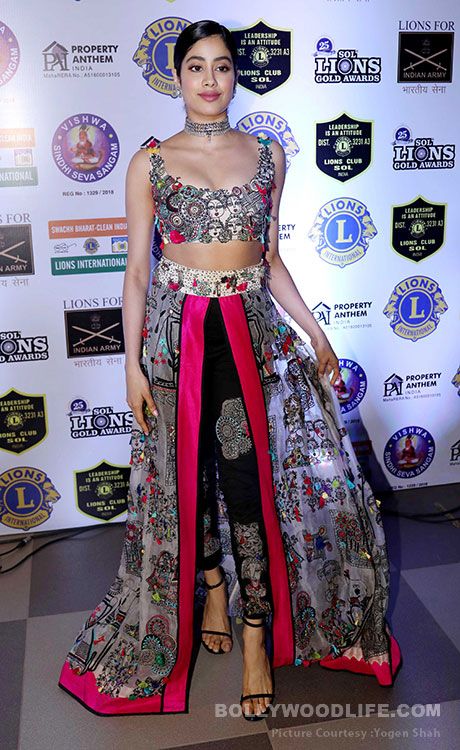 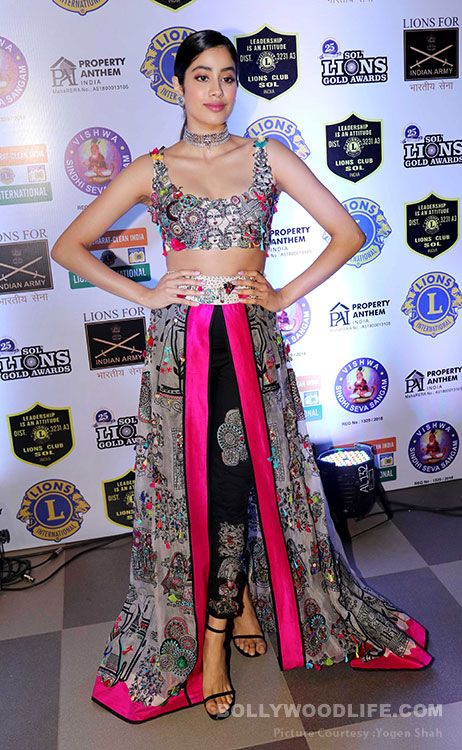 The dress is still passable when filmed against a plain white backdrop but in the function with that board that had a hundred things written on it, it looked bad. There was nothing that could redeem it. It looked like she was dressed to give a performance on stage. It is quite sad as she looked lovely till her neck. The silver choker and earrings were also stunning. We feel Janhvi should give this modern desi cum Boho style a break. She looks stunning in Indian wear and gowns, so stylists do have a lot of options. We really hope that Janhvi takes a hard look at this fashion blunder and bounces back to her A-game. Stay tuned to BL for more scoops and updates!

ICYMI: Here's Exactly Who Ariana Grande Name-Drops in "Thank U, Next"

Bigg Boss 13 winner Sidharth Shukla reunites with Shehnaaz Gill for a show, video goes viral
We and our partners use cookies on this site to improve our service, perform analytics, personalize advertising, measure advertising performance, and remember website preferences.Ok