Gather round, fellow bored people, it’s time to discuss how rich Victoria Beckham’s husband David Beckham is. Obviously, the answer is filthy rich, mostly thanks to a) being one of the most famous soccer players on the planet, and b) every brand ever basically begging to give him money in exchange for endorsements. Beckham actually retired from ~football~ in 2013, but before that? He made insane amounts of money. Feel free to join me in a world of jealousy and rage while we go through his biggest $$$ moments.

This was the year Beckham transferred from Manchester United to Real Madrid for a 4-year-contract worth a casual €37 million. (For y’all Americans, that’s over $40 million.) Wow, that’s a lot. Right? HA HA HA, friend, we haven’t even gotten started.

After he was done playing for Real Madrid, Beckham transferred to LA Galaxy for a rumored $250 million 5-year contract. But! Forbes thinks he actually earned more like $255 million thanks to a combo of salary, revenue sharing, appearances, licensing, and endorsements with brands like Adidas, Motorola, PepsiCo, Disney, Armani, Burger King, and even freakin’ Sharpie. He also collaborated with H&M on his own line of underwear, gifting society this commercial of him picking a wedgie in the process:

Wait, Though, Did You SEE His Adidas Endorsement?

Beckham has endorsed countless brands, but a couple deals really stand out for being holy-f*ck-worthy levels of badass. Namely, Adidas. In 2003, he legit signed a $160 million lifetime contract with the company, in which he also earns a percentage of profits. Like…HIS POWER. Meanwhile, he also nabbed a major $10 million contract with Gillette.

The Beckhams own a lot of homes, but can we take a moment to discuss the fact that they bought an $18.7 million Beverly Hills mansion in 2007 that they sold for $33 million in 2018?! That’s well over a $10 million profit. 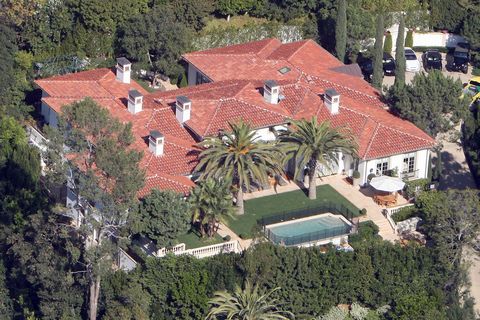 They also have multi-million-dollar homes in France, London, and the Cotswolds. Because who among us doesn’t need at least 4 houses, right?

Cool, Whatever, What’s His Net Worth?

According to Celebrity Net Worth, that’d be $450 million (combined with Victoria Beckham, since they share their assets!). If that seems both insanely high and surprisingly low considering all his aforementioned deals—don’t forget that Beckham presumably pays a fortune in taxes and has a lot of expenses to keep up his lifestyle. You gotta spend money to make money, etc. Or, in my case, you simply gotta spend money and eat frozen pizza, bye!

EXCLUSIVE! Is Reyhna Pandit the reason behind Donal Bisht and Preteek Shah’s breakup? The actress answers, ‘Nia Sharma is the only love of my life’ | Bollywoodlife.com

Beyhadh 2 actor on Dheet Patangey: We shot this film way before ’83 | Bollywood Life

Why it is time for women to speak up, be angry

Prepared to accept election defeat if it is ‘accurate’ result, says Trump