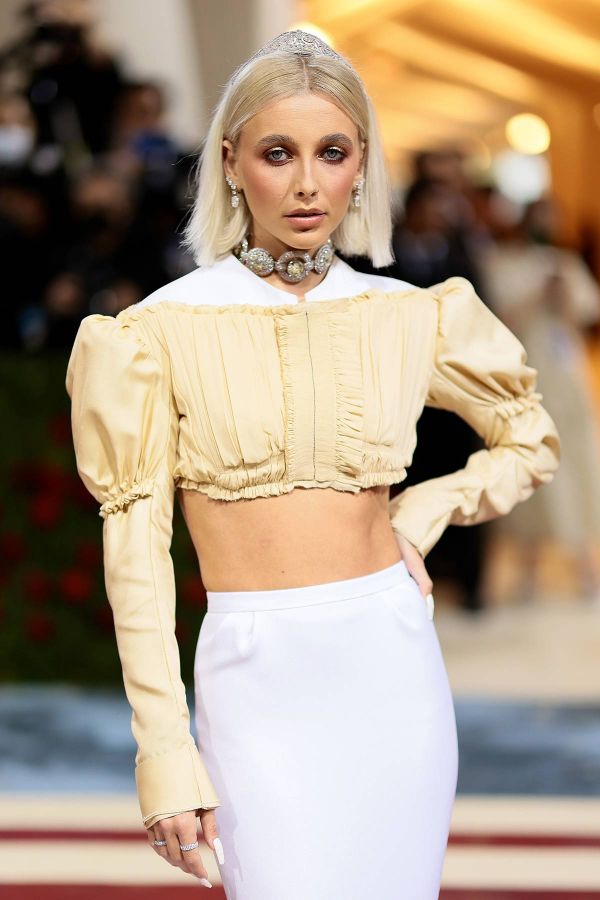 Her white skirt was paired with a beige crop top from Nicolas Ghesquiere’s Fall-Winter 2018 collection, in the hope of giving it a second life.

Emma completed the look with Cartier jewels including a diamond neck collar, earrings and a tiara.

The neck collar was created by the House of Cartier for the then Maharaja of Patiala Bhupinder Singh in 1928, but disappeared mysteriously around 1948.

Another user added, ‘The height of privilege to be able to flaunt stolen goods on the global stage.

‘Jewels stolen from Punjab resurface at the Met Gala in NY.

‘The fate of the Maharaja of Patiala’s Cartier diamond choker is unknown, but it was likely sold and reacquired by Cartier at a later date.’

‘I can’t believe that you have such a big team and all these people around you and nobody had the basic sense to check the history of the pieces you were wearing. It’s so insensitive,’ exclaimed a third user.

One of the most expensive pieces of jewellery ever made, the Patiala necklace featured five rows of diamond encrusted platinum chains and included the neck collar that Emma wore.

The necklace had 2,930 diamonds embedded in it, and as its centre-piece was the world’s seventh largest DeBeers diamond at that time.

Cartier took three years to create the $25 million necklace, which disappeared from the royal treasury of Patiala around 1948.

Five decades later, parts of the necklace were recovered by a Cartier representative in London.

The jewellers immediately bought the incomplete necklace and set about to restoring it to its original glory.

Its fascinating story was highlighted in the Discovery Channel’s documentary The Patiala Necklace.

Captain Singh’s father Yadavindra Singh was the maharaja of Patiala when the choker went missing from the Patiala royalty’s possession. 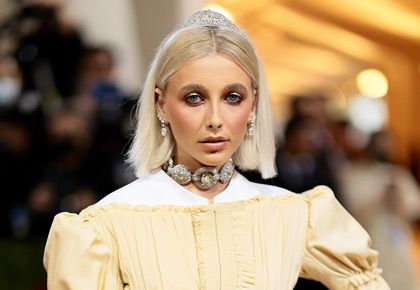