All Inclusive Holiday: Is It Worth It?

With summer holidays booking fast and most of us dreaming of an escape from icebath Britain, this column would like to offer some sage advice on planning your break.

If lazy days by the sea are your delight, try to avoid land-locked countries such as Liechtenstein. For those intent on peaceful days in street cafes, think twice before visiting Syria.

And if you’re a lone foodie, like actor and TV presenter Alexis Conran, it might be best to avoid doing what he did on All Inclusive Holiday: Is It Worth It? (C5) — booking a family package deal in Torremolinos. 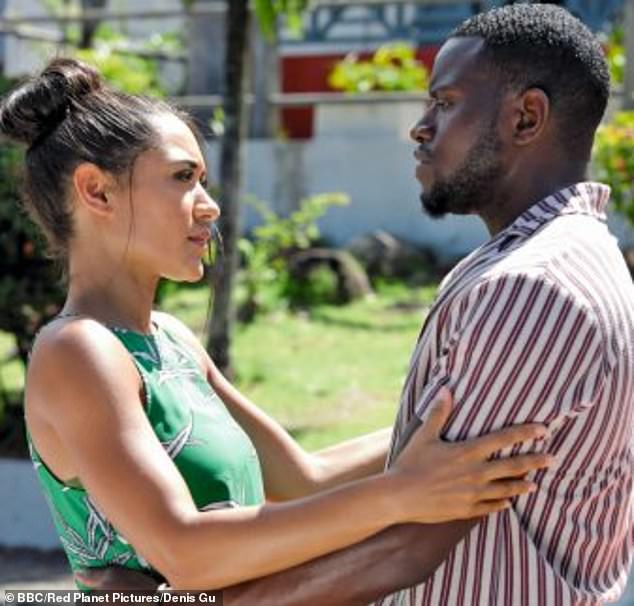 Alexis is the kind of well-travelled fellow who seeks out the best wine and a la carte menus by instinct. You might know him best as the educated medic with a frayed temper in The Durrells, Dr Petridis.

He wasn’t playing a role in this travel documentary, testing the pleasures of a week on the Costa del Sol in the kind of hotel familiar to fans of the sitcom Benidorm —free booze, unlimited nosh and nightly entertainment, with no need ever to stray off-site.

‘You hear of watered-down alcohol and awful food,’ he whispered before boarding his flight, ‘which is why I’ve never been on a package holiday.’

Nuclear tipple of the night: Lucy Worsley was in Las Vegas on American History’s Biggest Fibs (BBC4) to sample a Fifties Atomic cocktail — vodka, brandy, sherry and champagne — to sip as you watch H-bomb tests. That would blow your socks off.

In fact, it looked a grand getaway, for the right family. Alexis was joined by the Hutchinsons from Corby: young parents Chris and Tamira, with their two pre-school children. What with the promise of no cooking for a week, kids’ clubs and a gigantic pool, all four enjoyed a blissed-out ‘fly and flop’ week.

Poor Alexis was having less fun. When he sneaked off campus to have a coffee in a backstreet bar, his eyes had the hunted look of a man half-prepared to live as a fugitive for the rest of his days, if only he doesn’t have to go back to that hotel.

Back in the buffet restaurant, he tucked in bravely to the fare broiling under yards of hot-lamps. ‘Mmm,’ he said, ‘I’ve never tried deep-fried milk. It tastes . . .’ and then words failed him.

Dutifully testing the local brands of whisky and gin, Alexis made melancholy conversation to the hotel barman while downing shots of El Cirrhosis.

He looked like a one-man Rat Pack, lost in Spain while the rest of the boys were tearing it up in Las Vegas.

The holiday seemed smashing, for a budget deal. But to enjoy this sort of show, you have to relish the sight of a refined chap undergoing torments. 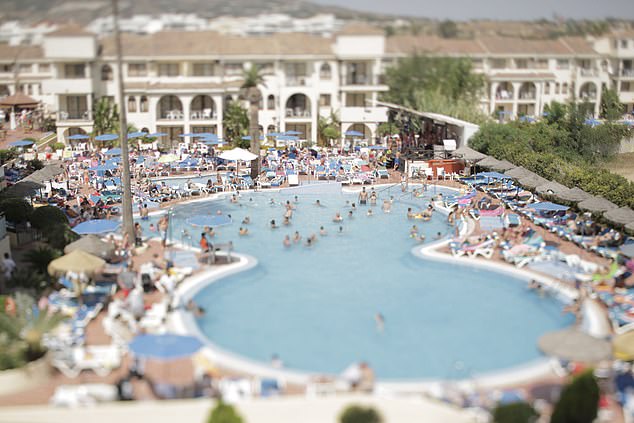 All Inclusive Holiday: Is It Really Worth It was on television last night

For a more adventurous holiday, try the Caribbean island of Saint Marie. Flights are pricey, but accommodation is practically free, while living expenses are zero — since you’ll almost certainly be dead before the end of the second day.

This year on Death In Paradise (BBC1) we’ve seen a couple of shootings, a drowning and a death by poison dart. And celebs are still queuing up to appear: this time the star was the marvellous Anna Chancellor, every bit as good as she was in last year’s Christie mystery, Ordeal By Innocence.

Her presence gave the episode a darker, more disturbing undercurrent than the show usually exudes. That suits the style of Ardal O’Hanlon, who, as detective Jack Mooney, is less clownish than his predecessors Ben Miller and Kris Marshall.

When Ardal joined the show in 2017, he commented that his favourite detectives included Columbo and Jim Rockford, from the Seventies.

His quirky but downbeat performance has echoes of them both.

Shraddha Kapoor: I am pushing myself maximum for Saaho and Saina Nehwal biopic

Bengal JEE set to be held on July 17