The popular co-hosts made a rare appearance together on the program, having both been off work at different times over the summer.

The last few weeks have seen subs step in to cover for the duo – while other Today stars have stepped up to keep their seats warm.

As the main anchors on the program it is unlikely they would want to take the same time off in order to avoid too much of a shake-up on the show at any given time.

MORE: Today’s Savannah Guthrie was ‘mad’ at her co-star Hoda Kotb after the star didn’t listen to her

MORE: Savannah Guthrie reveals real reason she was absent from Today in new photo at home

However, as both Savannah and Hoda have young children, they will have wanted to spend as much time as possible with their families over the summer.

The doting moms have both been making memories with their children – with Hoda even spending the weekend with Fourth Hour co-star Jenna Bush Hager and her youngest child Hal, along with Today with Hoda and Jenna’s executive producer, Talia Parkinson-Jones, and her children.

Hoda shared a series of photos from their time together on social media, and it looked like a great time was had by all! Hoda also had time off to celebrate her birthday last week, while Savannah took some days off too for some family time.

Savannah and Hoda are always there for each other when it comes to juggling motherhood with their busy work schedules too. 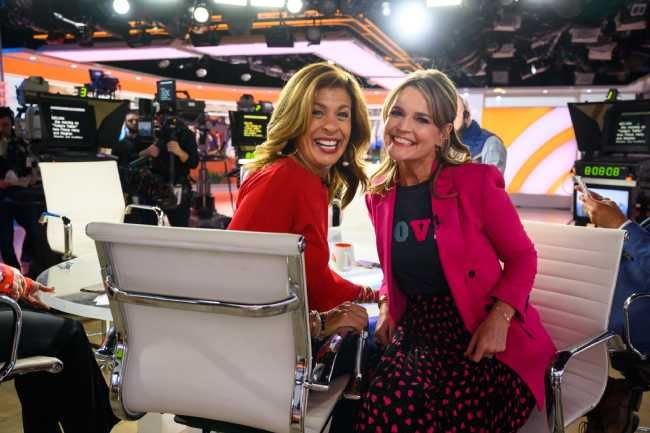 Hoda and Savannah have been co-hosting together since 2017

The pair spoke about supporting each other at work during an interview with Good Housekeeping magazine.

“I have some nights where I really messed up and I know I did,” Hoda revealed. “And I come in the next morning [thinking], I feel terrible for what I did. What was I thinking? Why did I think that was going to work? They went to bed crying. Like, I don’t want that to be me. But then I talk to Savannah. She’ll say, ‘That was my Wednesday,’ it makes you feel less alone.”

Strict measures will be taken: Ashok

IPL 2019: Next specialist can be someone who only bowls yorkers at the death – Jacques Kallis