Doug Jones, the award-winning actor behind the mask of Hocus Pocus’ comedic zombie Billy Butcherson, reprised his role as the false antagonist in the much-awaited sequel, released on Disney+ last week. Now, 29 years since he first inhabited the role, the 62-year-old told Express.co.uk how the decades-long journey has come full circle.

Jones is often described as the actor you would never recognise despite featuring in countless blockbuster hits over his career.

He specialises in non-human characters, often in horror movies, and starred in blockbuster hits like Hellboy, What We Do in the Shadows and Shape of Water.

Most recently, the actor has returned to his much-beloved zombie role of Billy Butcherson 29 years after 1993’s Hocus Pocus, the witchy Halloween hit that has become something of a cult classic since its initial release.

Jones could only describe his return to Hocus Pocus as “surreal”, adding: “I might have hoped to revisit this character over the years, but never thought it would actually be possible.”

“I owe the fans out there a huge thank you for this opportunity to reprise Billy in a sequel, as it’s their loyalty and continued viewership of the original that has made this possible.” 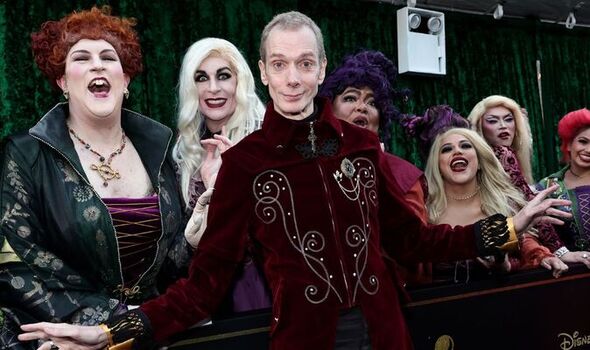 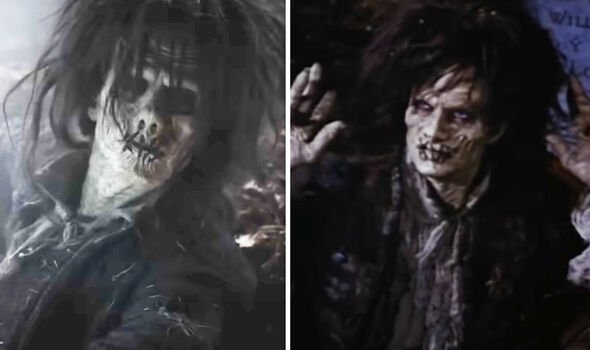 The 1993 Disney classic stars the iconic trio of witches, the Sanderson sisters, played by Sarah Jessica Parker, Bette Midler and Kathy Najimy, as they are accidentally called back from the dead by an unwitting teenager, returning to Salem to wreak havoc on the town.

Jones’ bumbling Billy is the false-antagonist ex-boyfriend of Midler’s Winifred Sanderson, who poisoned him and sewed his mouth shut. In one of the most iconic scenes of the original film, Billy finally opens his mouth again with a flurry of dust and moths escaping.

Astonishingly, this scene has no CGI or animatronics. Jones actually had to hold live moths in his mouth.

He told Express.co.uk: “The moth legend is true, indeed. I could feel them flipping around in my mouth with a latex sheath clipped into my teeth with upper and lower retainers.

“They had to stay dry or they wouldn’t fly out when it was time. That was an acting challenge unlike anything I had done before or since.

“My career is full of otherworldly characters that I’ve had to endure much through. But those live moths in the first Hocus Pocus film were a unique experience.” 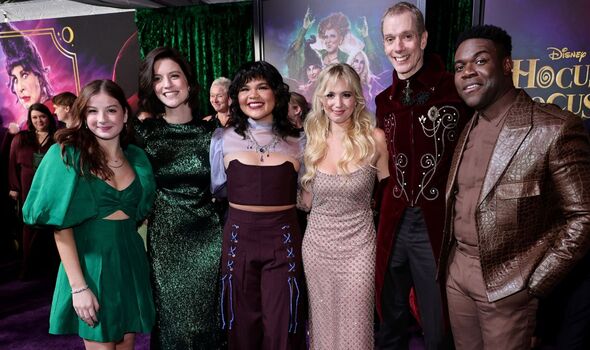 The actor was able to don the exact same Billy wig he wore in 1993 as it had been preserved in a “personal museum” at producer David Kirschner’s house.

Additionally, Billy’s original makeup artist Tony Gardner was also brought in to work on the sequel, ensuring the undead character looks exactly the same despite a 29-year gap between appearances.

The ‘ageless’ actor jokingly noted: “Get some friends who know how to cover you with foam latex prosthetic make-up, and you too won’t age a day!”

Alongside Jones, the Sanderson sisters are the only characters to return for the sequel, with Jones once again lost for words about the experience saying: “I’m going to have to use that word surreal again!”

The actor gushed that the trio “also looked like no time had passed”, but highlighted that for him it was a completely different experience.

Jones had started acting in the Eighties, originally struggling to get big roles and almost always being hidden behind a costume.

On the rare occasion he may have had some lines, he could also potentially be voiced over by someone else in the final film, a devastating revelation for any performer.

Then came Hocus Pocus, one of the actor’s big breakthroughs, although he describes every role as a breakthrough, which saw the young star appearing alongside Hollywood heavyweights for one of the first times.

Now returning to Billy’s prosthetics, Jones admitted he is much more of an equal to the actresses and “they also treated me as such, which was again surreal!” 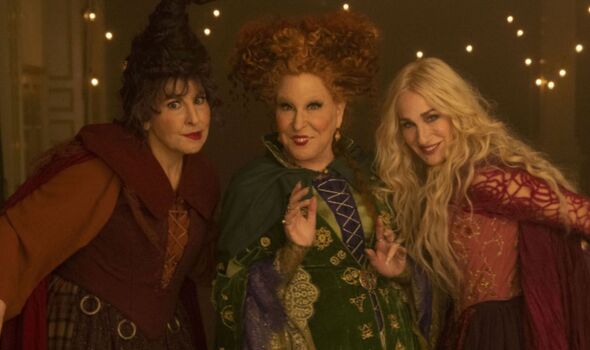 “The main difference for me was that the first movie was nearer to the start of my movie career, and the second one is now after a lot of life and career has happened for me.”

Jones also revealed that the role of Billy specifically brought his career full circle as his first professional acting role was as a mummy in a television commercial.

He shared: “I had no idea that TV commercial was boding of things to come for me. My first memory of a scary movie was watching Boris Karloff in The Mummy.

“I was so disturbed, wondering if it really was possible for a dead person to come back to life. Now that I’ve played a few, including the comedic Billy, it’s not quite as disturbing anymore.”

Hocus Pocus 2 is now available to stream on Disney+.

Bryan Stevenson: 5 Things To Know About Activist Getting A People’s Choice Award From John Legend

Bond 25: Daniel Craig on his first day of filming in Jamaica

‘They’d smash me all over the park:’ Shane Warne names the ‘two greatest batsmen of all time’