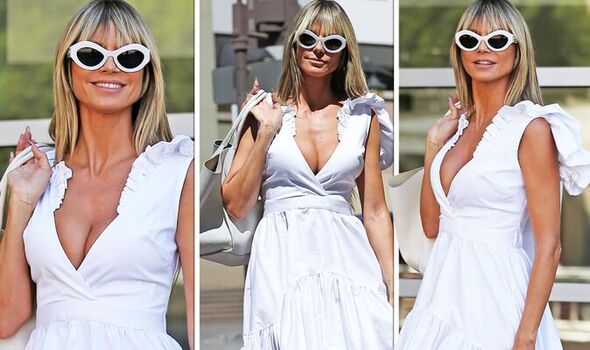 Heidi Klum put on a busty display in a plunging dress

Heidi Klum sparked a frenzy as she put on an extremely busty display as she arrived to film America’s Got Talent.

The supermodel, 49, donned a midi-length white summer dress which showcased her ample assets.

The stunning garment featured a deep v-shaped neckline which the model risked spilling out of.

Heidi appeared to be in good spirits as she arrived at the studios and accessorised with a matching pair of white sunglasses and oversized handbag.

The star wore her highlighted blonde locks in a straight style and her flawless tan was accentuated by the colour of her dress. 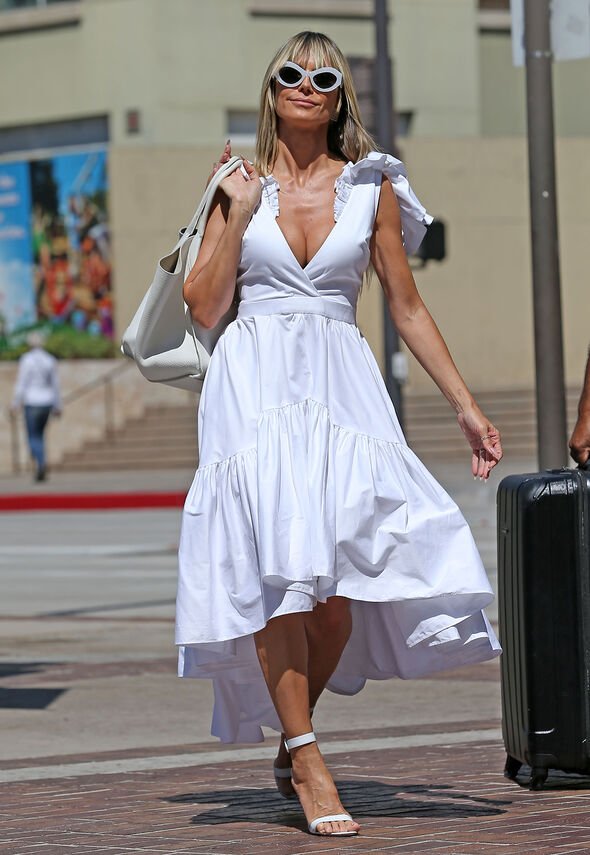 Heidi Klum cut a fashionable figure in the summer dress

The supermodel appeared to be in good spirits 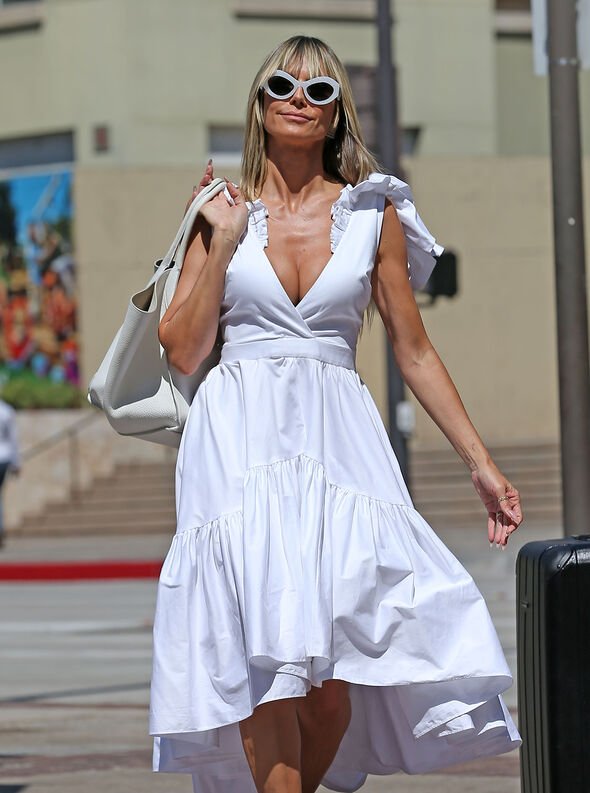 Heidi Klum paired her dress with white sunglasses and a handbag 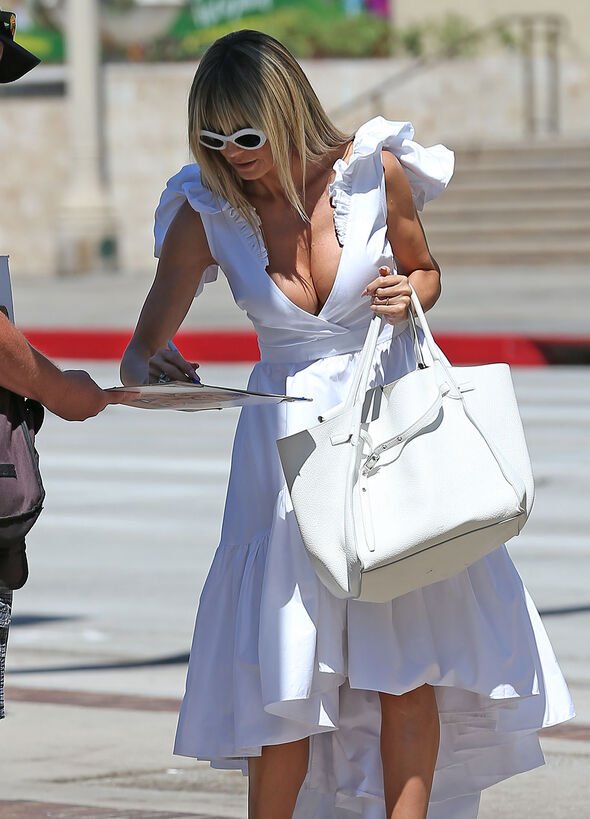 Heidi Klum risked a wardrobe malfunction in the risque garment 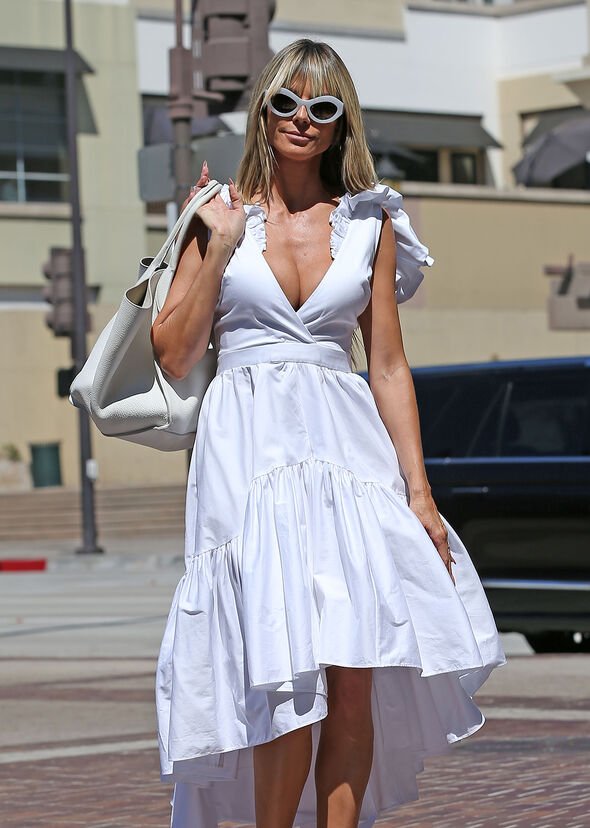 Heidi wore her blonde tresses in a straight style

Keidi Klum stunned and looked younger than her 49 years 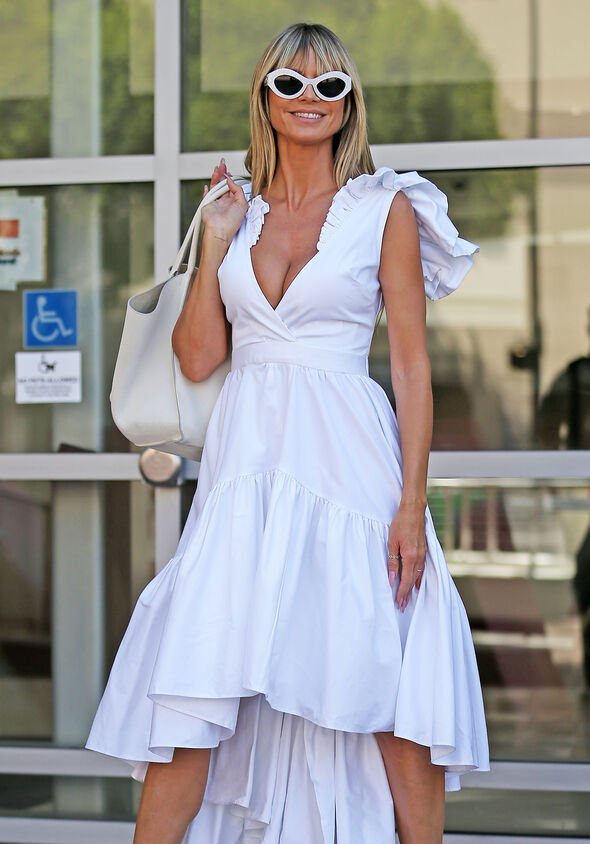 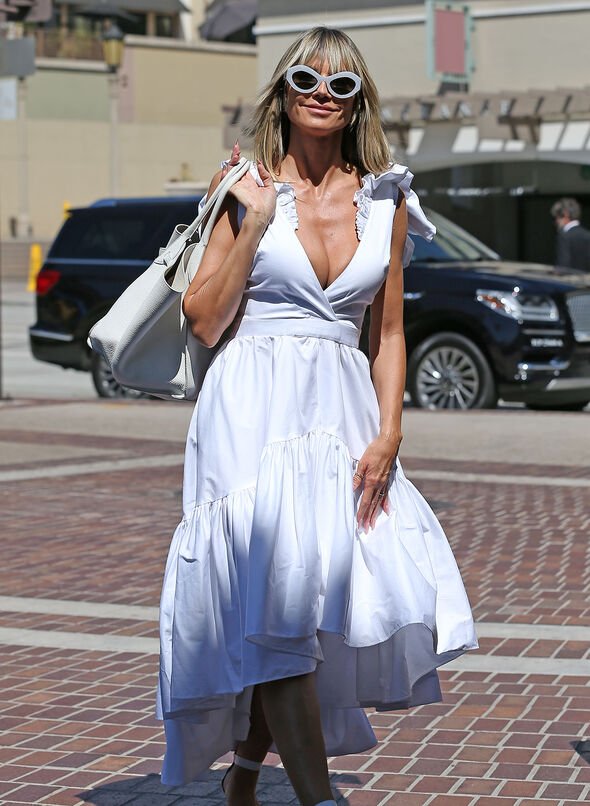 Heidi Klum looked overjoyed to be arriving at the studio

The supermodel sits next to actress Sofia Vergara on the panel

‘Some are destined to be kingmakers,’ Sushmita Sen wishes mom Subhra on her birthday in the most touching manner | Bollywood Life