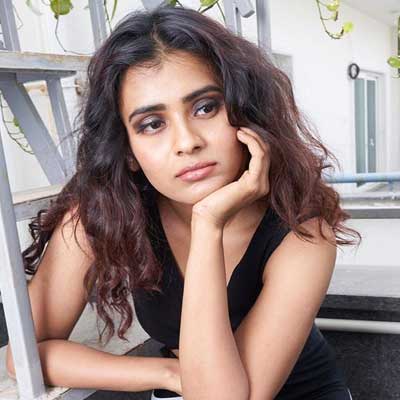 The young actor Nithiin is currently busy in his upcoming movie Bheeshma. The film has Kannada beauty Rashmika Mandanna in the female lead role.  Hebah Patel is also the part of Nithiin starrer Bheeshma and according to the latest buzz in the film industry, she will be seen playing the villain in this film.

Bheeshma is directed by Venky Kudumula and produced by Naga Vamsi under the banner of Sithara Entertainments. Nithiin and   Rashmika Mandanna starrer are touted to be a rom-com and it goes with the tagline – Single Forever. It is heard that Hebah  Patel has already joined the sets of the film and the makers are currently filming scenes involving Nthiin and Hebah Patel. The sources close to the film unit revealed that Habah Patel is playing the negative role in  Bheeshma.

Hebah Patel was last seen in Ayodhyakumar Krishnamsetty’ directorial venture 24 Kisses in which she shared the screen space with  Adith Arun, which was ended up commercially flop at the box office.

Apart from Bheeshma,  Nithiin will also be seen in upcoming project Range and recently he brought the remake rights of  Hindi movie Andhadhun.

Goodbye Deadshot? Will Smith might NOT return in Suicide Squad sequel

Tottenham could be forced to postpone Man City clash