The model wore a strapless column gown by Saint Laurent, which featured a plunging v-shaped neckline studded with rhinestones. She accessorized the look with a square-diamond necklace, and wore her hair in loose waves. 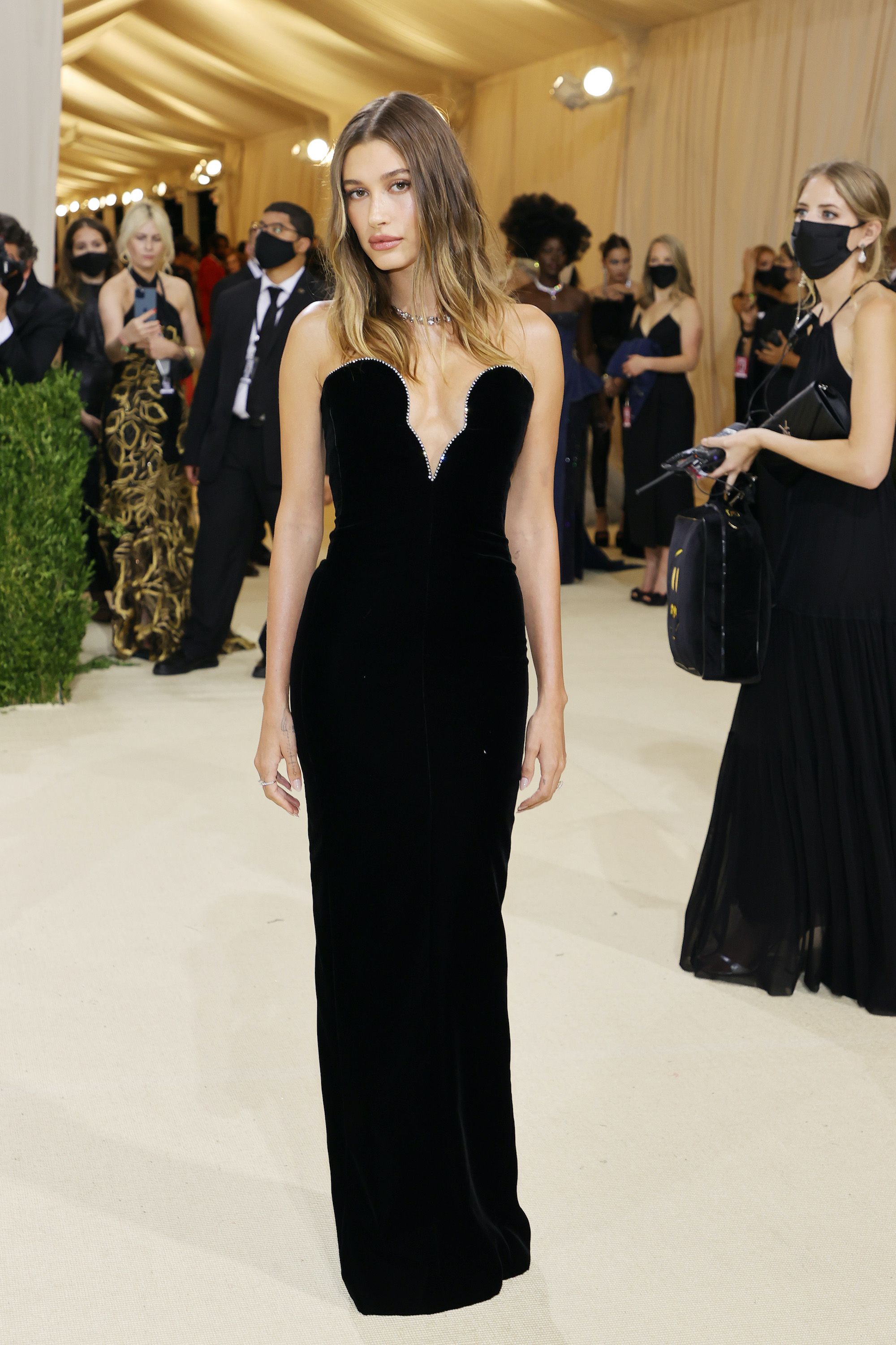 Bieber walked the red carpet with her husband Justin, who wore an oversized black tuxedo with a white dress shirt, and carried a black briefcase printed with a yellow smiley face. 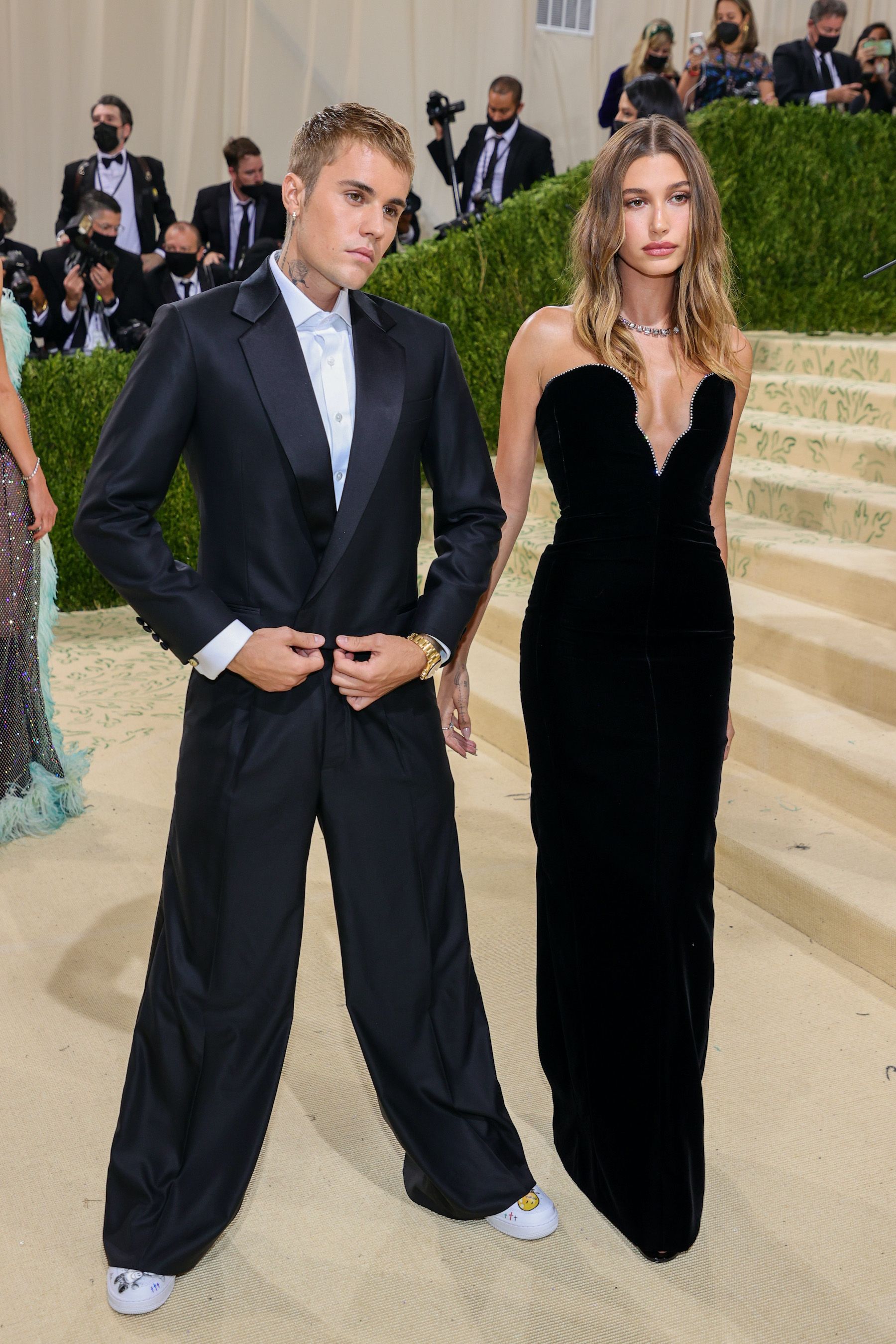 It was a busy weekend for the couple. The Biebers appeared at the MTV Video Music Awards in Brooklyn, New York last night, where Hailey cheered from the crowd as her husband won several awards. She also appeared onstage to introduce Kacey Musgraves’ “Star-Crossed” performance. She wore a midi-length cream-colored turtleneck gown by Alaïa.

Bieber opened up about her marriage in an ELLE interview earlier this year. “We were friends first for a really long time before there was anything romantic. But we always knew that we were aligned on what we wanted in our future. We had talked about wanting to be married young and having a family young and building a life. Even before we knew we wanted to be with each other.”

“I mean, I was married when I was 21, two months before I turned 22, which is insanely young. And sounds almost ridiculous when you say it out loud. Although I do think for somebody like me and somebody like Justin, [it’s different]. We’ve seen a lot for our age. We have both lived enough life to know that’s what we wanted,” she said.

She also said that she and Justin have got a bit of a breather during 2020. “I try to be careful saying something like, ‘The good thing about the pandemic,’ because I know there’s been so much sadness and devastation. But over the last six years of my career, I’ve never gone this long without working. Quarantine has removed any expectations of work, and there is no pressure of having to be anywhere. It’s the same for Justin. We’ve gotten so much solid alone time. It’s like this long, extended vacation where we get to hang out together all the time.”

5 foods that will help you fight obesity