Guddan Tumse Na Ho Payega 28 February 2020 Preview: In tonight’s episode Akshat gets Antara arrested as he learns the truth. He goes to a temple as he feels guilty of misunderstanding Guddan 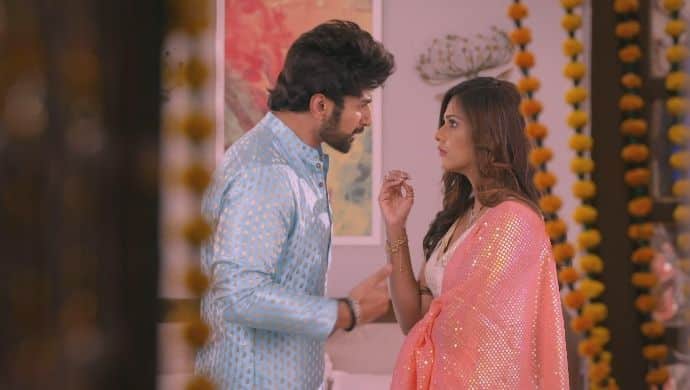 In the last episode we saw that Antara goes to the hospital and tells the doctor to hand her the reports of Guddan. She tries to bribe the doctor by giving her money and suddenly Akshat enters. He puts handcuffs in Antara’s hand and says that he knew she would exchange the reports. At Jindal house, everyone seems to be quiet tensed. Akshat and Antara reach Jindal house and a hospital staff gets the reports. Akshat sees the reports and tells Guddan that they do not deserve each other. He burns the reports and Antara tries to take advantage of the situation. She starts taunting Guddan and Akshat loses his calm at her. Guddan tells her mother in law that she will leave the Jindal house. Akshat comes in and tells his family to not stop Guddan from going. Durga and Laxmi tell Akshat that Guddan will not leave the house. Akshat gets angry and says that if she does not leave he will go forever.

Piers Morgan: ‘I feel sorry for his wife’ Susanna Reid spills all on Life Stories host

Milo Ventimiglia & Mandy Moore Watch ‘This Is Us’ Together, So They’re Literally Mom & Dad