A total of Rs 396 crore has been mopped up, as on August 20 against Rs 407 crore collected in the same period last year. This was despite the expansion of the levy to online e-commerce players from this financial year. 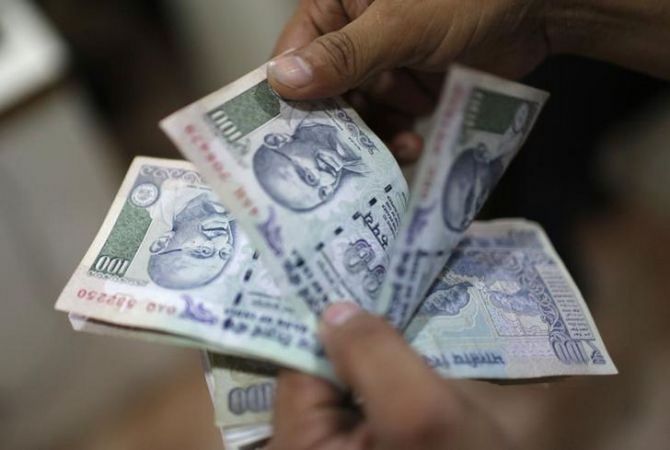 The IT hubs of Bengaluru and Hyderabad have topped the chart of collections from Google tax so far this year.

However, the mop up from the controversial levy made up just up to one per cent of the total from direct taxes in these circles  till August 20.

The collections from Bengaluru were Rs 176.9 crore, or 0.57 per cent of the total direct tax receipts in the region.

Hyderabad got Rs 118.3 crore from the levy, or 1.1 per cent of the  direct tax receipts there.

Delhi and Mumbai recorded a joint collection of a mere Rs 87 crore.

A total of Rs 396 crore has been mopped up, as on August 20 against Rs 407 crore collected in the same period last year, according to the Income-tax department data.

This was despite the expansion of the levy to online e-commerce players from this financial year.

Even though the collection figures are just a small chunk of total revenue receipts, the foreign e-commerce companies are against it seeking withdrawal of the levy from the centre.

They also roped in the United States Trade Representative (USTR) which has begun probe against India over digital services tax.

However, India stood by the decision of levy and had replied to USTR, saying that it is imposed as per provisions under the base erosion and profit shifting (BEPS) norms of the Organisation for Economic Co-operation and Development (OECD).

Also, the equalisation levy cannot be said to have extra-territorial application.

Sources say that India is awaiting the United States response after this reply, where it has also claimed that this tax is not aimed at US companies alone.

As the digital economy expands, India is justified in wanting to get the tax that is due to it.

Another rationale behind the foreign firms raising voice against it is the non-clarity on issues such as foreign exchange conversion rates to be used for payment, and getting permanent account number. Besides, these firms want the government to provide clarity particularly over assessment of value of consideration for the applicability of the levy.

The government  is yet to come out with the clarifications.

The deadline for the payment of first installment of tax for April-June was July 7.

Late-payment of the levy attracts interest at the rate of one per cent per month or part of the month.

Non-payment can result in a penalty equal to the amount of the levy, along with the above mentioned interest.

Equalisation Levy was first introduced through the Finance Act of 2016, at the rate of 6 per cent on payments for digital advertisement services received by non-resident companies without a permanent establishment (PE) here, if these exceeded Rs 1 lakh a year.

India is of view that this levy does not discriminate against non-resident ecommerce operators.

The purpose is to ensure a level-playing field with regard to e-commerce activities undertaken in India.

Miley Cyrus Reinvents Herself With New Song & Video ‘Nothing Breaks Like A Heart’ Ft. Mark Ronson

Poison Season 2 review: The ZEE5 revenge drama is filled with indelible characters, sneaky humour and fast-paced chase. A thriller that deserves to be seen