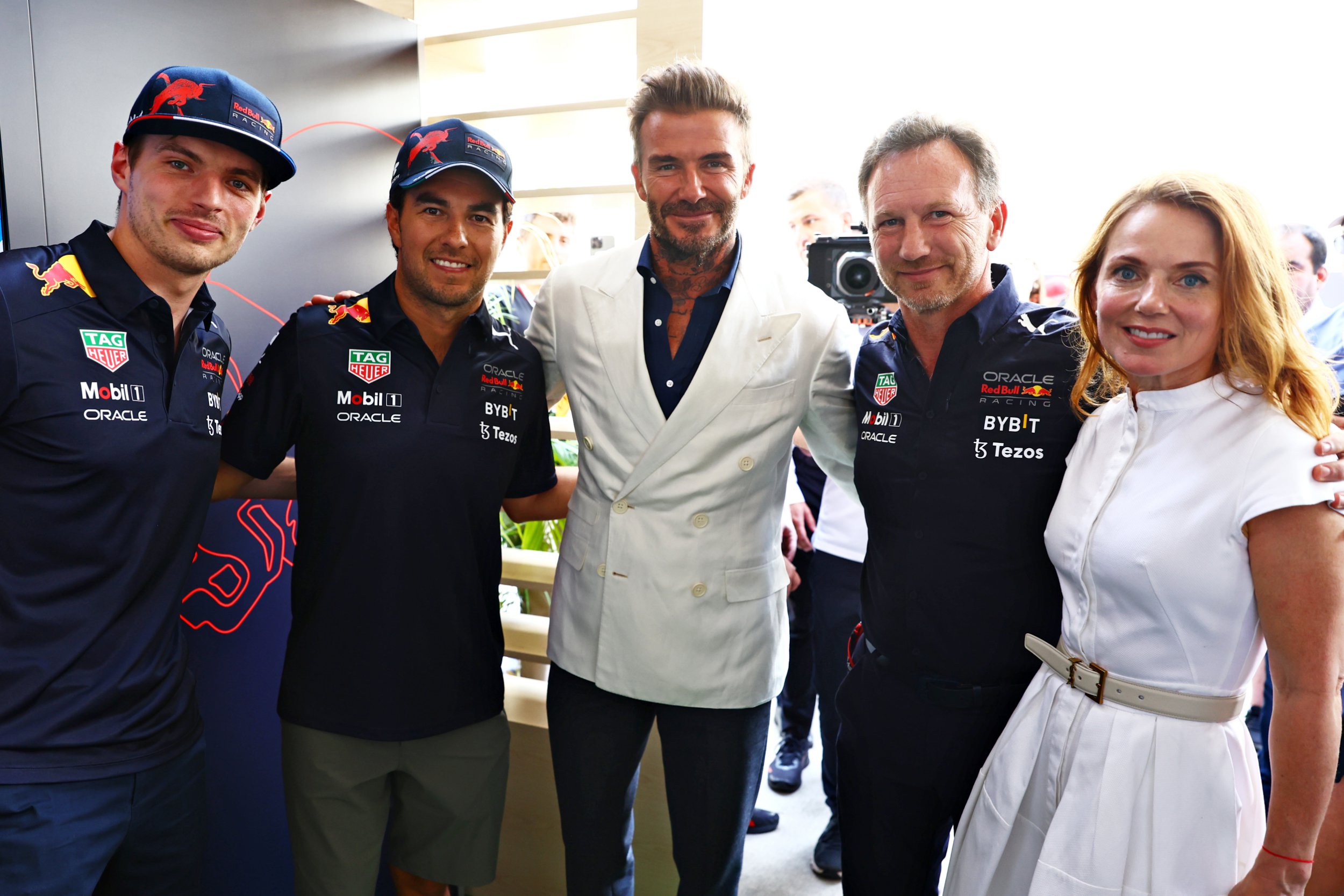 In a sweet photo moment, Geri Horner and David Beckham enjoyed a reunion at the Formula One Grand Prix in Miami over the weekend.

The 47-year-old former footballer posed with Geri, 49, as well as her husband Christian Horner, Red Ball Racing Principal, as the three were joined by F1 drivers Max Verstappen and Sergio Perez.

David was looking dapper in a white blazer and navy trousers, while Geri was elegant in a sleeveless white shirt dress (because the woman pretty much only wears white), cinched in at the waist with a cream belt.

The Spice Girl also shared a photo of herself with David at the event, and added the caption: ‘At the first ever #f1 Miami race supporting my hubby @christianhorner @redbullracing.

‘So good to catch up with @davidbeckham too.’

She was busy supporting hubby Christian at the Australian Grand Prix in Melbourne instead, with a source telling The Sun at the time: ‘Geri has been accompanying Christian where possible on all of his work trips.

‘This one is particularly far away but it is the Easter holidays so it was possible to make the journey. They are hoping to get some down time there too. With Christian busy with work she didn’t want to fly out to the States on her own.’

Fellow Spice Girls Mel B and Mel C made it to the ceremony, enjoying a mini-reunion of sorts with mother-of-the-groom Victoria AKA Posh Spice.

The five members of the girl group – which also includes Emma Bunton – haven’t been pictured together since 2018 after they all gathered at Geri’s London home alongside their former music manager Simon Fuller.

Miami was hosting its first Grand Prix, after signing a 10-year contract with F1, at a purpose-built street facility around the outskirts of the Miami Dolphins’ Hard Rock Stadium, which also saw the likes of celebrities including Venus Williams, Dwyane Wade and Gabrielle Union, Pharrell Williams and Michael Jordan attend.

And David wasn’t the only celeb Geri snapped a photo with, as she was also seen cosying up to Venus’s sister Serena in the Paddock.

Leclerc still leads the drivers’ standings, but Verstappen has now closed the gap between them to 19 points, while Red Bull are now just six points behind Ferrari in the constructors’ table.

50 Cent addresses Trump support debacle, being called out by Chelsea Handler: 'Whatever she says is fine'