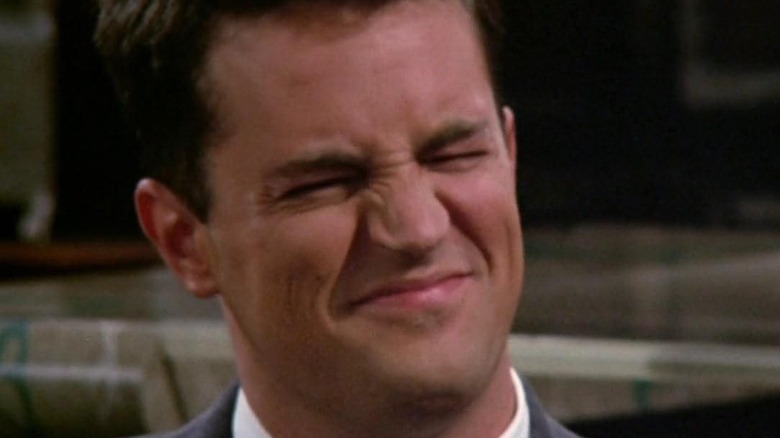 Debates have raged for literal decades over who is the best member of the “Friends” group. Google it and you’ll be met with dozens of results. In fact, ScreenRant considered this such an important topic they ranked the cast twice; once for likability and again in terms of who’s the most popular with fans overall (spoiler: the same person won both times). In fact, despite how hotly contested the question is, more often than not, the winner is typically the same person (The Independent broke with convention by choosing Phoebe, in the exception that proves the rule).

It won’t surprise die-hard, or even casual, fans of the show to learn the irrepressible Chandler Bing frequently tops the lists of the best “Friends” characters. In 2020, Ranker made it official by naming Chandler the #1 fan favorite by a significant margin, with Joey Tribbiani coming in second. The quick-witted, self-deprecating and lovably neurotic character portrayed by Matthew Perry is the clear standout of a peerless ensemble. Much of his appeal is thanks to Perry, who made Chandler an icon. The writing was so funny, even Perry found it tough to keep a straight face.

Even Matthew Perry couldn't keep it together 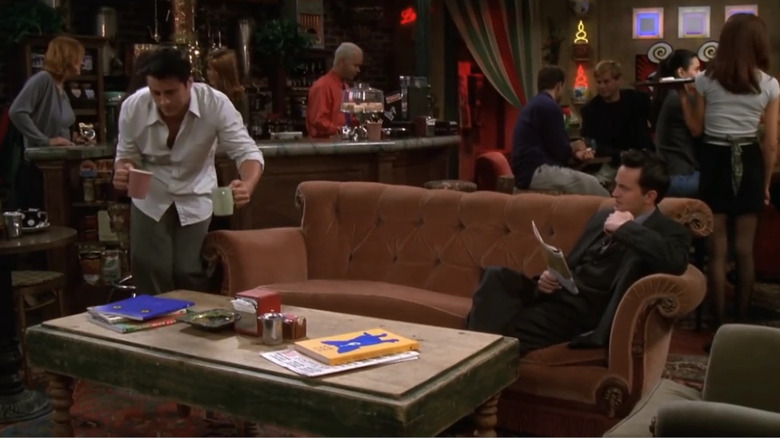 In Season 6, Episode 4, “The One Where Joey Loses His Insurance,” (via IMDb), the titular actor’s healthcare benefits are cut off because he didn’t work enough to sustain them. Spurred on by refusing to show caution crossing the street, Joey tries everything to get his insurance back, injuring himself in the process to the extent he suffers a painful hernia. “Friends” fans know everything works out when Joey nails the part of “Dying Man” thanks to his utterly convincing performance, but before that happens there’s plenty of hilarity gleaned from watching Joey pretend as though nothing is wrong. In one such scene, set in Central Perk, Joey struggles to even carry two cups of coffee to the table, at which point Chandler jokingly asks him to go back for a cake, causing Joey to whimper like a distressed cat.

It’s a hilarious moment that, as it turns out, was almost too funny to film. In a gag reel posted to YouTube, three ruined takes are included — although, who knows how many there actually were on the day? — with Matthew Perry cracking up during each one at Matt LeBlanc’s hunched over, groaning, over-the-top performance. In fact, he can’t even keep it together long enough for LeBlanc to sit down. By the third take, an exasperated LeBlanc exclaims “Oh, come on!” when his scene partner still can’t get the line out. Perry nailed it eventually, of course, as the classic final scene showcases (via YouTube).

Donald Trump to deliver State of the Union address next week