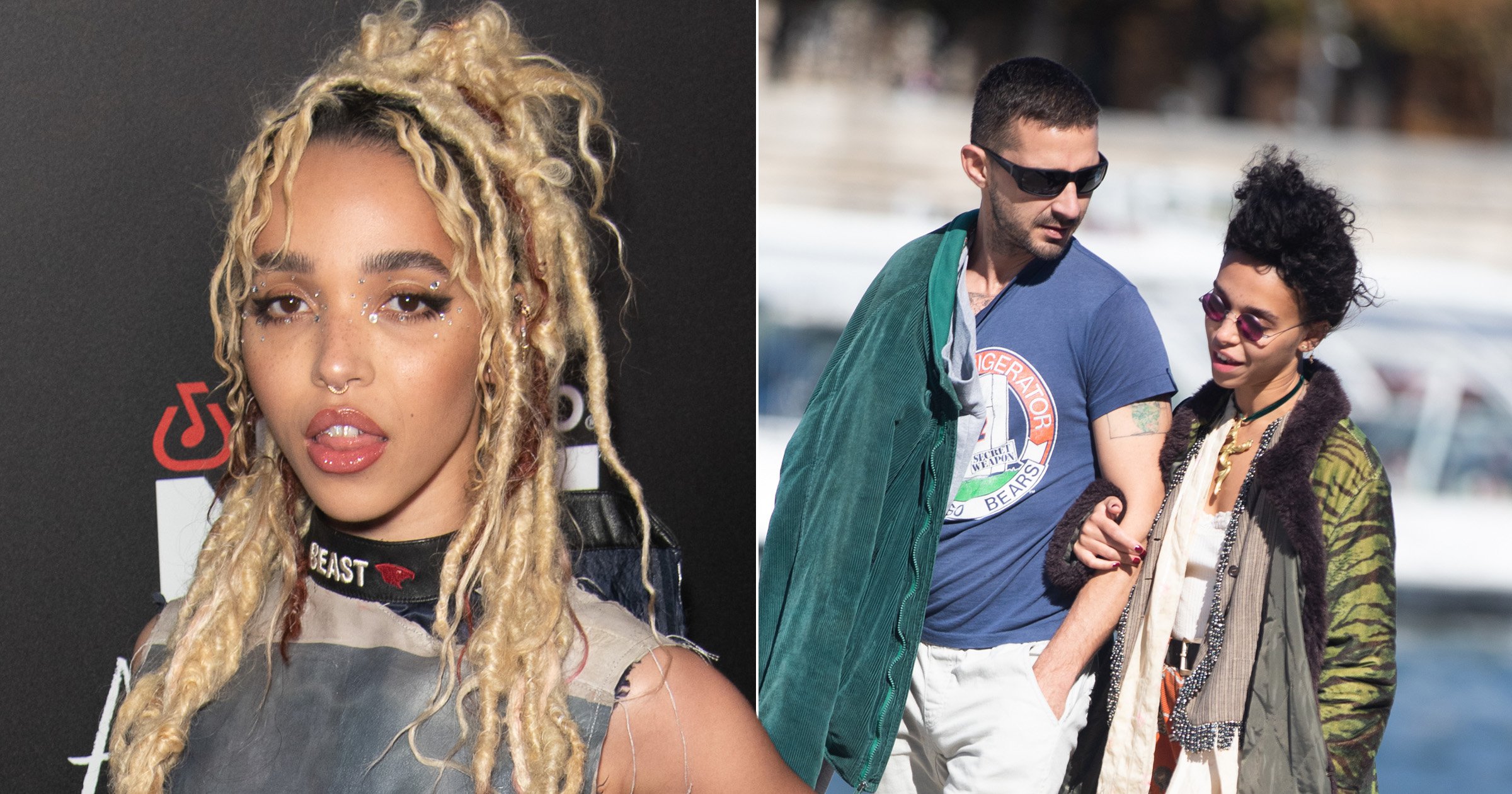 In 2020, Shia LeBeouf was sued by singer-songwriter FKA twigs after she accused him of ‘relentless’ abuse during their relationship.

The pair first sparked romance rumours back in 2018 after filming Honey Boy together, but they broke things off after less than a year.

She recalled their time together being ‘a living nightmare’, while, in February 2021, LaBeouf denied causing his ex-girlfriend ‘any injury or loss’. He said she was not ‘entitled to any relief or damages whatsoever.’

Now twigs, 34, has spoken out about why she went public with her allegations against the 36-year-old actor.

Speaking to GQ, she said: ‘I just didn’t want anyone else to get hurt, and that trumped any way that I felt about what people may think about me now, positively or negatively.’

She also wants any future children she may have ‘to know that I stood up for myself’, since she began working with an organisation called Sistah Space after making her allegations public.

Sistah Space provides resources to survivors of abuse, with a particular focus on people of African heritage.

‘If I ever have children, I want them to know that I stood up for myself, and that’s important. And sometimes, standing up for yourself is messy,’ admitted the Cellophane hitmaker.

‘Sometimes it can cause more trauma, and sometimes it can be dividing. People don’t expect you to stand up for yourself, but I did and I’m proud of it, and what happened to me wasn’t right.’

The organisation’s operations manager, Djanomi Headley, also told the outlet that having twigs’ support has ‘created a huge snowball effect and gained us the necessary exposure to ensure that the voice and perspective of Black women affected by domestic abuse were seen and heard.’

According to the lawsuit filed, LaBeouf was driving recklessly in a car with twigs shortly after Valentine’s Day in 2019 before removing his seatbelt and threatening to crash unless she professed her love for him.

The suit also claims that the Grammy nominee was ‘physically, emotionally, and mentally’ abused ‘many times in a relationship that lasted just short of a year.’

In response to the allegations, LaBeouf wrote to The New York Times in an: ‘I’m not in any position to tell anyone how my behaviour made them feel.

‘I have no excuses for my alcoholism or aggression, only rationalisations. I have been abusive to myself and everyone around me for years.

‘I have a history of hurting the people closest to me. I’m ashamed of that history and am sorry to those I hurt. There is nothing else I can really say.’

After being given a more detailed account of the singer’s claims, he sent another email to state that ‘many of these allegations are not true’.

However, he added that women should have ‘the opportunity to air their statements publicly’ and said he owed them to ‘accept accountability for those things I have done.’

The actor stated he was ‘a sober member of a 12-step program’ and also in therapy.

Currently, the trial date for twigs’ case against LaBeouf is set for April 17, 2023.

Olivia Culpo Weighs In On Ex Nick Jonas’ Recent Engagement To Priyanka Chopra: ‘I’m So Happy For Him’

Punjab to check lending of money to farmers