Gotta admit, we love ourselves a good award night! Apart from the fact that talent is valued and applauded, celebrities turn up looking like million bucks and let’s just say we like the lustre behind it all. Be it high-slit gowns or dapper dudes in tuxedos, red-carpet slaying is a legit thing now and we are all here for it. Case in point, the Filmfare Style and Glamour Awards 2019 that brought the house down with its glam and jazz! ! From Deepika Padukone to Shahid Kapoor and Janhvi Kapoor to Ishaan Khatter and stars including Kartik Aaryan, Kajol, Sonakshi Sinha, the entire B-town was there to give us the gala that was promised. While we did miss our gen-next stars like Alia Bhatt, Ranveer Singh, Varun Dhawan, and Tiger Shroff, it was a starry night nonetheless.

However, it is safe to say that some stars shined brighter than the lot, thanks to their sartorial choices. And per usual, we are here to give credit where its due. Come, join us! 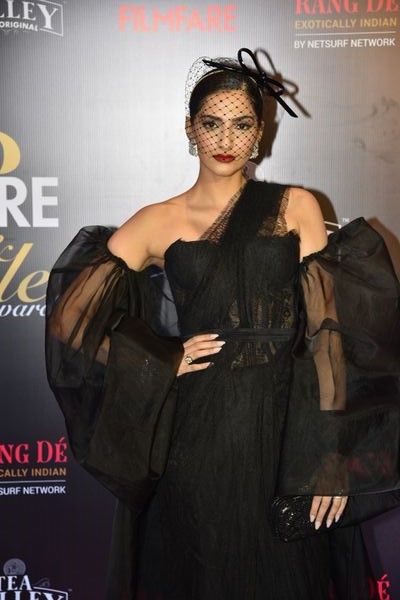 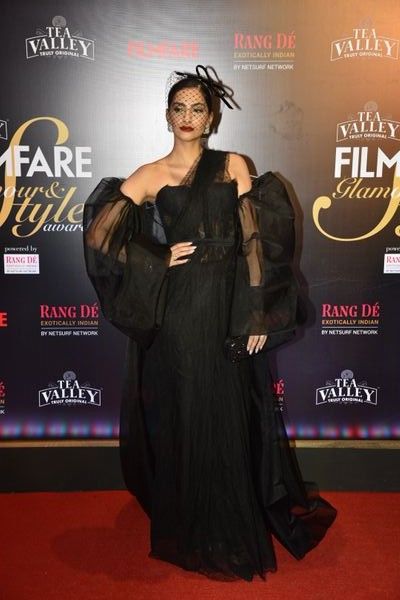 The Ek Ladki Ko Dekha Toh Aisa Laga actress turned up the heat with a Shelaa Khan lace saree that came with separate shoulders and a netted headgear and boy, was it something! Not to mention the dash of red on the lips and the devil-may-care-attitude that we live for! 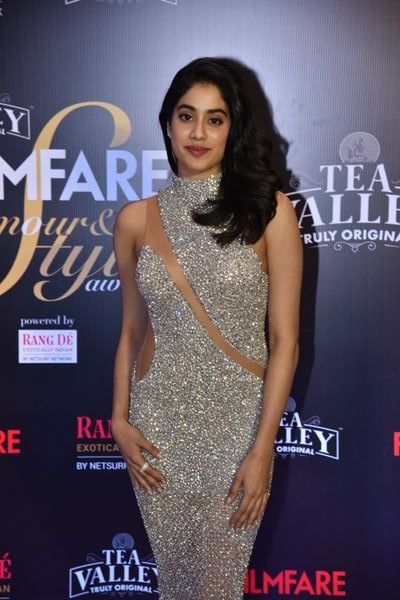 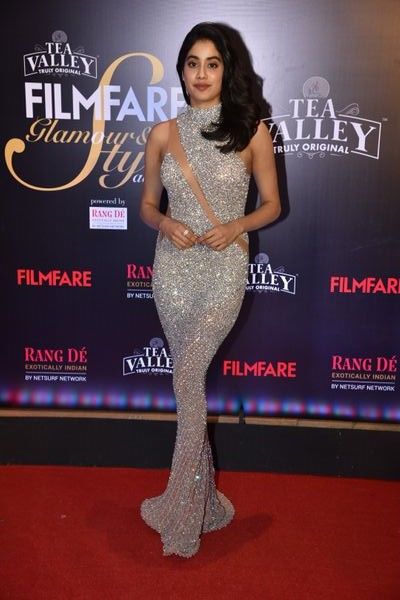 Janhvi Kapoor reminded us of a Hollywood glam diva back in the days with her Yousef Aljasmi embellished gown. She kept her make-up minimal with side-parted locks and let the bling do the talking. 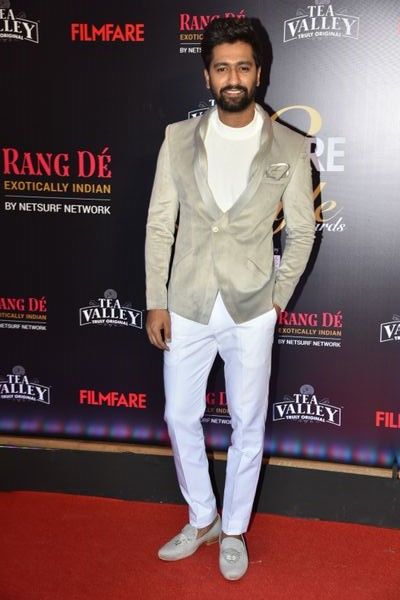 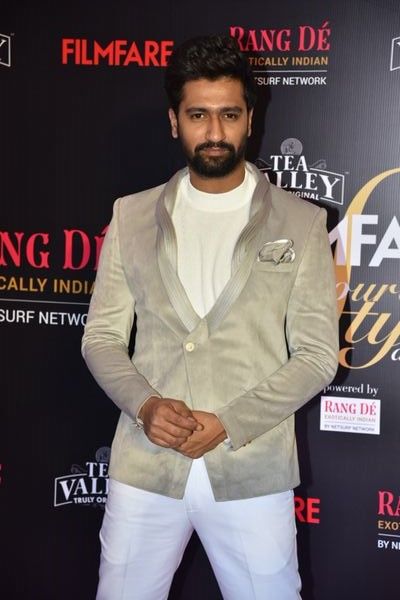 ‘Vicky please’ can stop looking like a snacc! The Uri actor was in the best of his spirits in this ash-coloured blazer on whites. Apart from that, it was truly his infectious smile that won hearts. 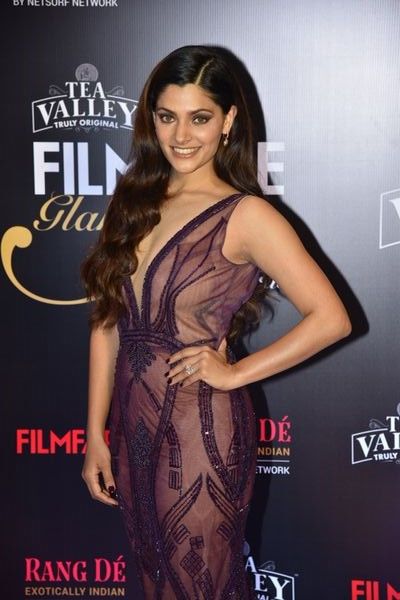 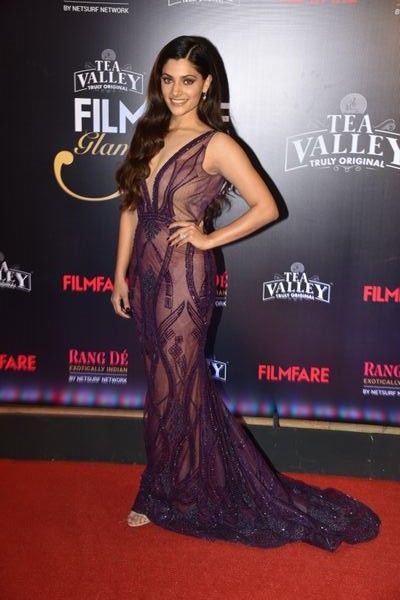 Saiyami Kher was last seen in her debut film Mirzya but after her appearance from tonight we wish to see more of her! The actress wore a splendid sheer gown from the house of Speranza Couture and it was almost magic. That and the aplomb with which she carried the risque number. Kudos! 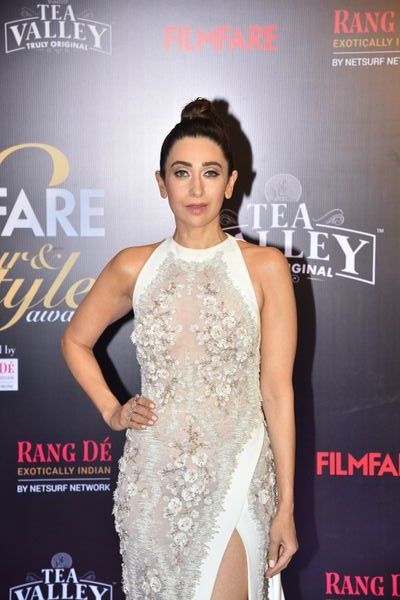 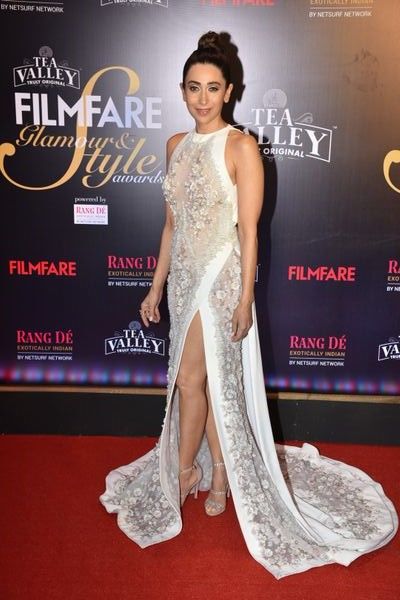 Staying relevant and how! Hats off to Karisma Kapoor who was a vision in white in this Tony Ward Couture in yet another sheer piece with floral detailing. The thigh-high slit and her high bun made it a fine look. 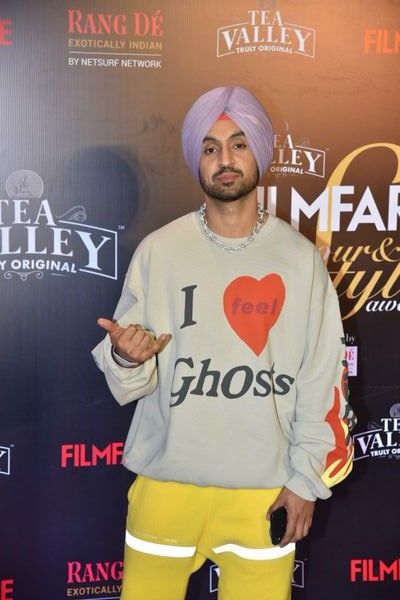 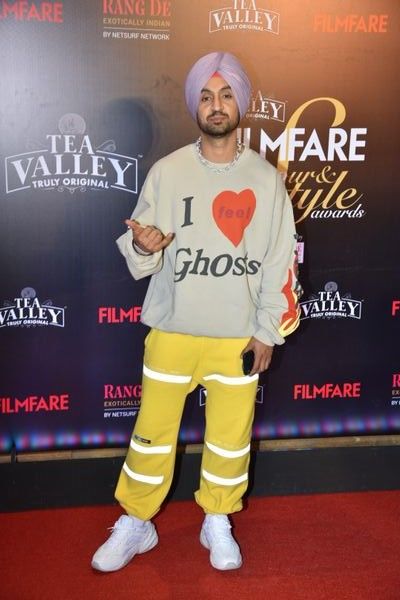 We could have let this one go, but why? The actor/singer was the THANG on the red carpet in his “I feel Ghosts” sweatshirt and mustard bottoms! Wah paaji, waah for turning heads while trying the least.

The Hindu quiz: Snack on science