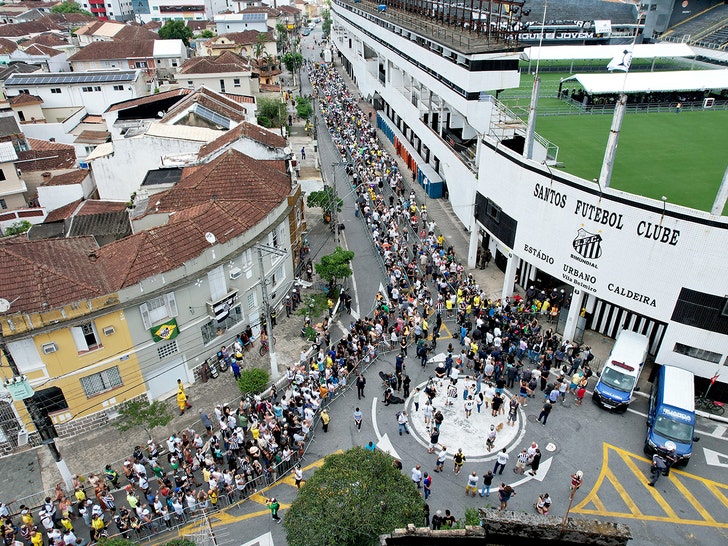 Thousands of fans poured into Brazilian streets on Monday morning to pay their respects to Pele — as the funeral for the late soccer legend got underway at a famed football stadium in Santos.

People decked out in #10 jerseys and clad in yellow and green attire lined up to get a glimpse of the former footballer’s coffin at Urbano Caldeira Stadium … and some camped out for hours to be the first allowed into the ceremony. 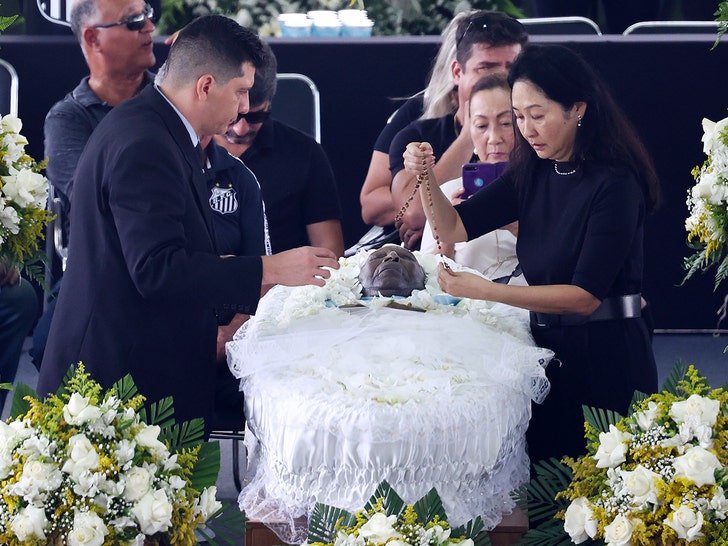 For the services, Pele’s body was placed under a tent on the field at the venue — the same place where he scored hundreds of goals for Santos FC for nearly two decades.

Early on, Pele’s family members were seen standing by his casket — hugging and kissing him.

Many soccer stars from across the globe are expected to attend the funeral later on.

The whole ceremony is being live streamed … and is expected to last several hours before Pele is laid to rest at the Memorial Necrópole Ecumênica cemetery. 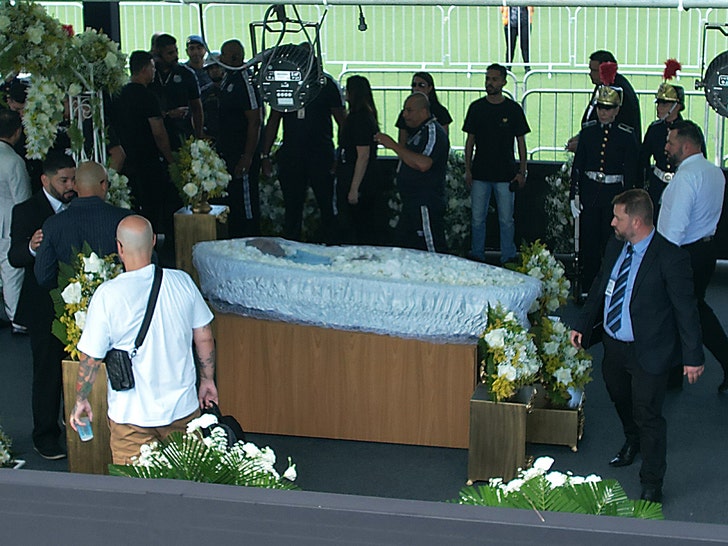 As we reported, Pele died at a hospital in Sao Paolo on Thursday … after a lengthy battle with cancer.

Who is Shraddha HUGGING?