Emmerdale actress Laura Norton, who plays Kerry Wyatt, had her head turned by co-star Mark Jordon (Daz Spencer) during his brief stint acting alongside her, and although he has since left, their relationship is still very much on. The loved-up couple initially intended to stay in touch as buddies, little suspecting that their acting adventures might lead to Laura having his baby.

If you’d have said when we first met that in a few years we would be a couple and have a baby, I would’ve said ‘excuse me?

“Mark came in as Dan’s brother Daz in 2014, initially for a short stint,” Laura explained.

“We kept in touch as friends and grew closer – and we never looked back!”

However she admits the partnership wasn’t the most obvious one.

“If you’d have said when we first met that in a few years we would be a couple and have a baby, I would’ve said ‘excuse me?'” she joked to Inside Soap. 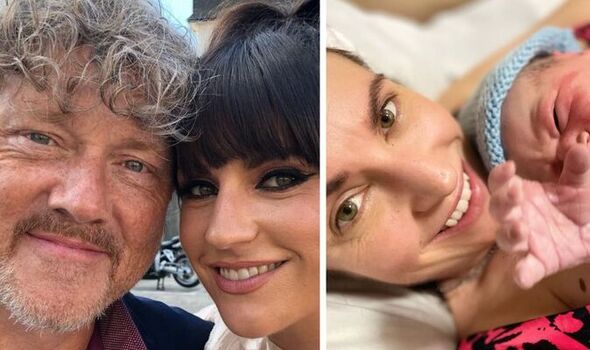 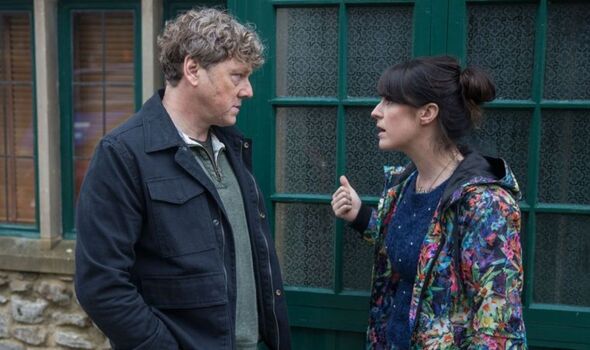 Yet that is exactly what happened – and after a 2018 engagement, the pair went on to welcome baby son Jesse in 2021.

Playing down any ideas of the type of romance seen in the movie, Laura declared: “It wasn’t love at first sight!”

She explained: “We didn’t have a chance to get to know each other properly at first as Mark was only there for two weeks.”

The star described their blossoming relationship as “unexpected” and “bizarre” but, of course, very pleasing. 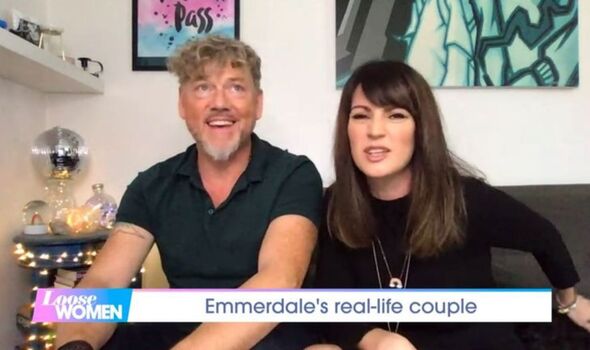 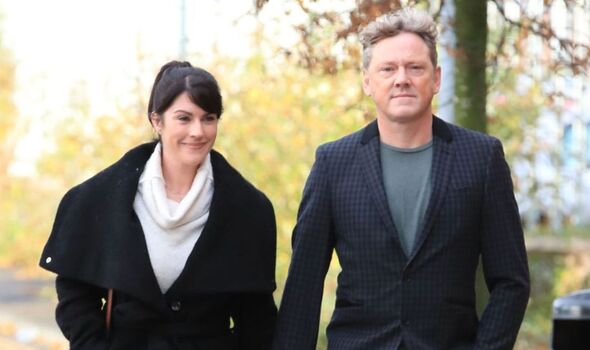 The world had no idea that the showbiz twosome were together and in it for the long haul, until a candid post in the New Year of 2019 spilled the beans.

“Well, 2018 had some of the highest highs and the lowest lows,” Mark tweeted.

“Really got to feel the love of true friends.

“Feel blessed by the support of my children and elated to have heard the word ‘yes’ from the most beautiful woman in the world!”

When their baby son arrived, Laura was keen to share the news with Emmerdale fans.

Posting a shot from the hospital, she proudly told the world that giving birth had been “the most incredible, surreal experience I have ever had”.

“My tiny mind is blown. He is perfect and we’re all so happy to welcome him to the fam,” Laura continued.

“Jesse Jordon we’re all head over heels IN LOVE with you.”

Naturally, gossip is brewing about whether the pair have designs on their son following in their footsteps and becoming an actor too.

After all, it’s clear that showbiz is in the genes.

However, Laura is adamant that it will be her son’s choice what he pursues, and that she won’t pressurise him in any specific direction.

She stated that she would support whatever might make her son happy.

The proud mum jokingly teased, however, that Mark is “determined” he will grow into a pro footballer.

Hollywood Stars Freaking Out Over Sale Of Private Sex Club