‘I actually think the United States’ structure is really amazing, with all the different ways to make laws at the local level,’ says Bellamy, who has a son with his former fiancee, actress Kate Hudson.

‘It seems like every month my wife is voting on some sort of proposition,’ the Muse star gushes.

‘I’m looking at that going, wow, England is so behind on that front. We don’t ever get to vote on policy.’

Perhaps he was too busy headlining stadiums to notice the Brexit referendum — odd for a singer whose new album is titled Will Of The People. 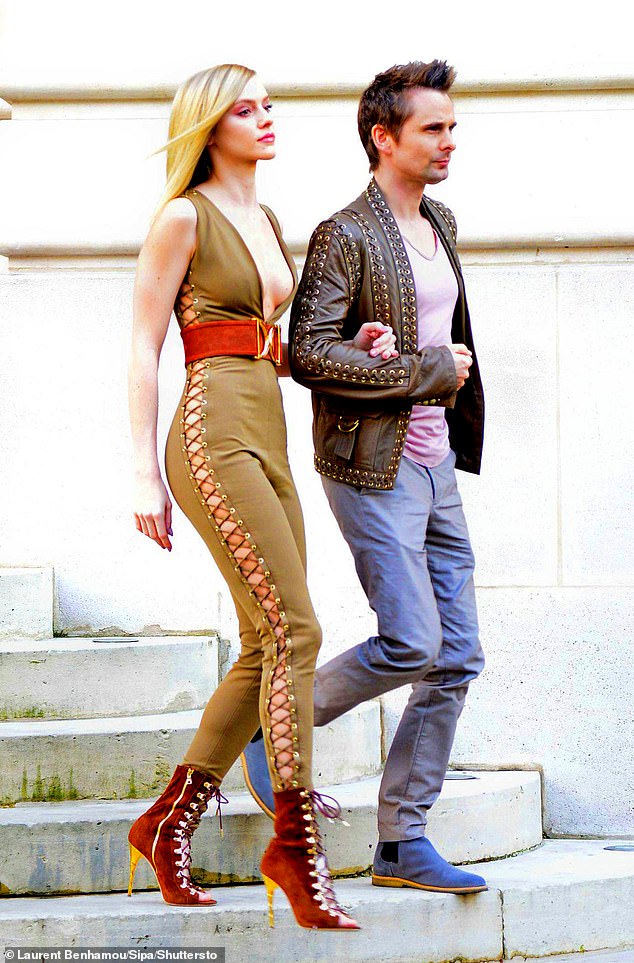 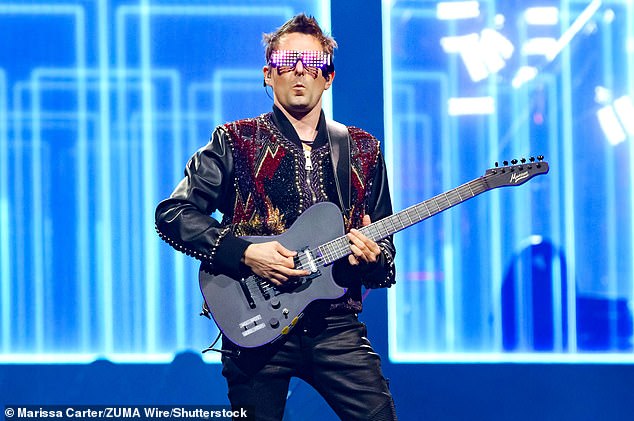 Panicked courtiers have come up with an unsubtle way to deal with the royal ‘cash for favours’ storm — wiping the names of all charity donors from the Castle of Mey’s website.

The Saudi tycoon at the centre of the controversy, Mahfouz Marei Mubarak bin Mahfouz, is among those to have suffered the indignity of having his name deleted from the castle’s website.

A major donor to Prince Charles’s charities, he had been listed as the top honorary patron, complete with a gushing biography.

But Mahfouz has now been removed from the ‘friends and patrons’ section, along with broadcasters Alan Titchmarsh and Ken Bruce, as well as actress Susan Hampshire. The list of honorary patrons had been displayed on the site for many years.

In 2015, it was revealed that an area near the castle had been renamed Mahfouz Wood in his honour after he reportedly donated £370,000 to the castle’s restoration.

The names of Mahfouz, his father and four brothers were also to be placed around the castle’s gardens.

It’s unlikely such a move would have taken place without Charles’s approval, given the level of his personal interest in the castle.

Mahfouz is believed to have previously offered to pay half the then estimated £300,000 cost towards replacing or repairing all of the property’s 93 windows. The Castle of Mey, on the north coast of Scotland, was owned by the Queen Mother and is where Charles stays for a week each August. Last November Mahfouz was dropped as an honorary patron, but reinstated after I contacted officials.

A spokesman for the Prince’s Foundation, a group for Charles’s charitable interests including the Castle of Mey, blamed ‘human error involving a junior member of staff at the Castle of Mey updating the website’.

Charles’s aide, Michael Fawcett, stepped down as chief executive of the Foundation amid allegations he’d used his influence to help secure a gong for Mahfouz, who received an honorary CBE in 2016. The foundation said it was investigating. Last night a spokesman declined to comment.

The classic car world has lost one of its most colourful figures. Alexander ‘Chips’ Fyshe, who has died aged 83, was celebrated for his unusual dress sense (a pair of stars-and-stripes trousers, unwashed for years as they were autographed by Grand Prix stars) and practical jokes. At his Herefordshire funeral there was a concours d’elegance of 1960s roadsters. His terrier, Osca, sat faithfully next to his master’s coffin, not barking once.

Spelling, however, clearly remains a closed door to the 48-year-old model’s label.

Cosmoss’s social media account has been promoting its powers of ‘Balance and Rejuvination’.

Moss’s spokesman declined to comment but, after I pointed out the error, the post was swiftly deleted and replaced by one with the correct spelling, ‘Rejuvenation’. 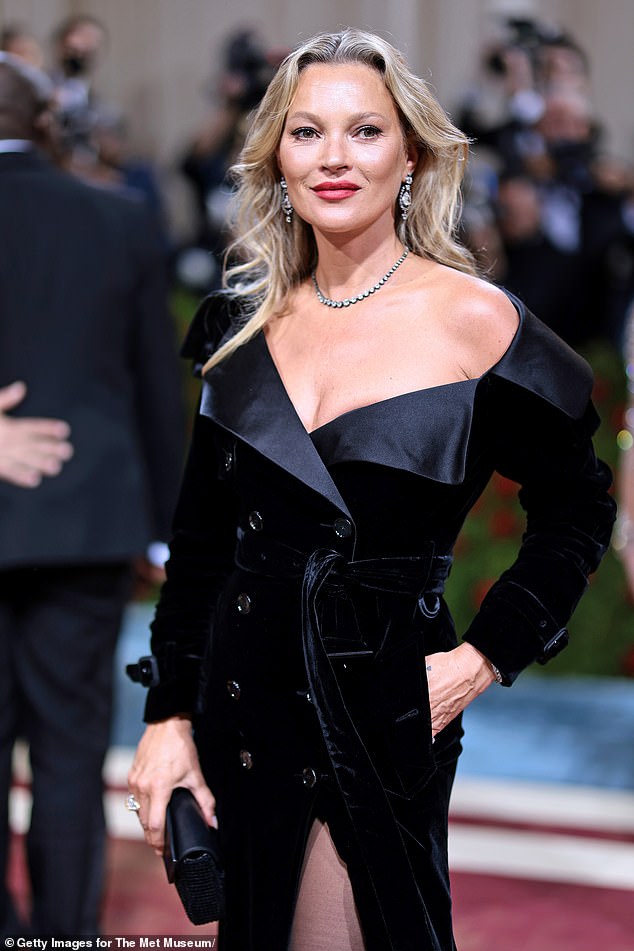 Cyclists are advised to wear hi-vis jackets for safety on the roads, but Helena Bonham Carter chose something rather more flamboyant.

The Harry Potter star wore a bright orange cardigan while pedalling around North London. ‘There was certainly no missing her,’ reports an onlooker.

Helena, 56, who is going out with Rye Dag Holmboe, an arthistorian 22 years her junior, is often placed on the worst-dressed list for her quirky style but she insists it doesn’t dent her confidence.

‘I’ve never been interested in what other people think. I have been vilified for my dress sense, and I find it hilarious,’ she said. 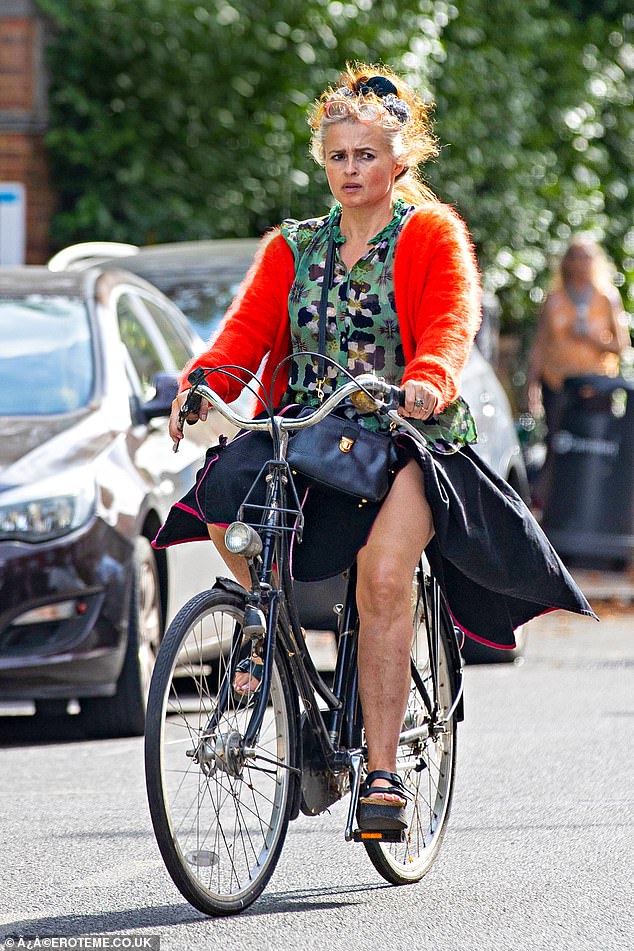 Cyclists are advised to wear hi-vis jackets for safety on the roads, but Helena Bonham Carter chose something rather more flamboyant

This may cause a stink. Blur bassist Alex James has churned out plans for a cheese-making barn at his Cotswolds farm. The musician-turned-cheesemaker wanted to build new stables and a riding arena for his wife and five children at their sprawling 200-acre estate in Chipping Norton, Oxfordshire.

But he has now scrapped these plans and wants to turn a redundant outbuilding into a new cheese lab to help produce award-winning cheeses.

James, 53, has applied to West Oxfordshire District Council for planning permission for the development and there have so far been no objections.

Tiruppur district ranks first in TN for usage of eSanjeevani

Review: The India Way: Strategies for an Uncertain World by S Jaishankar