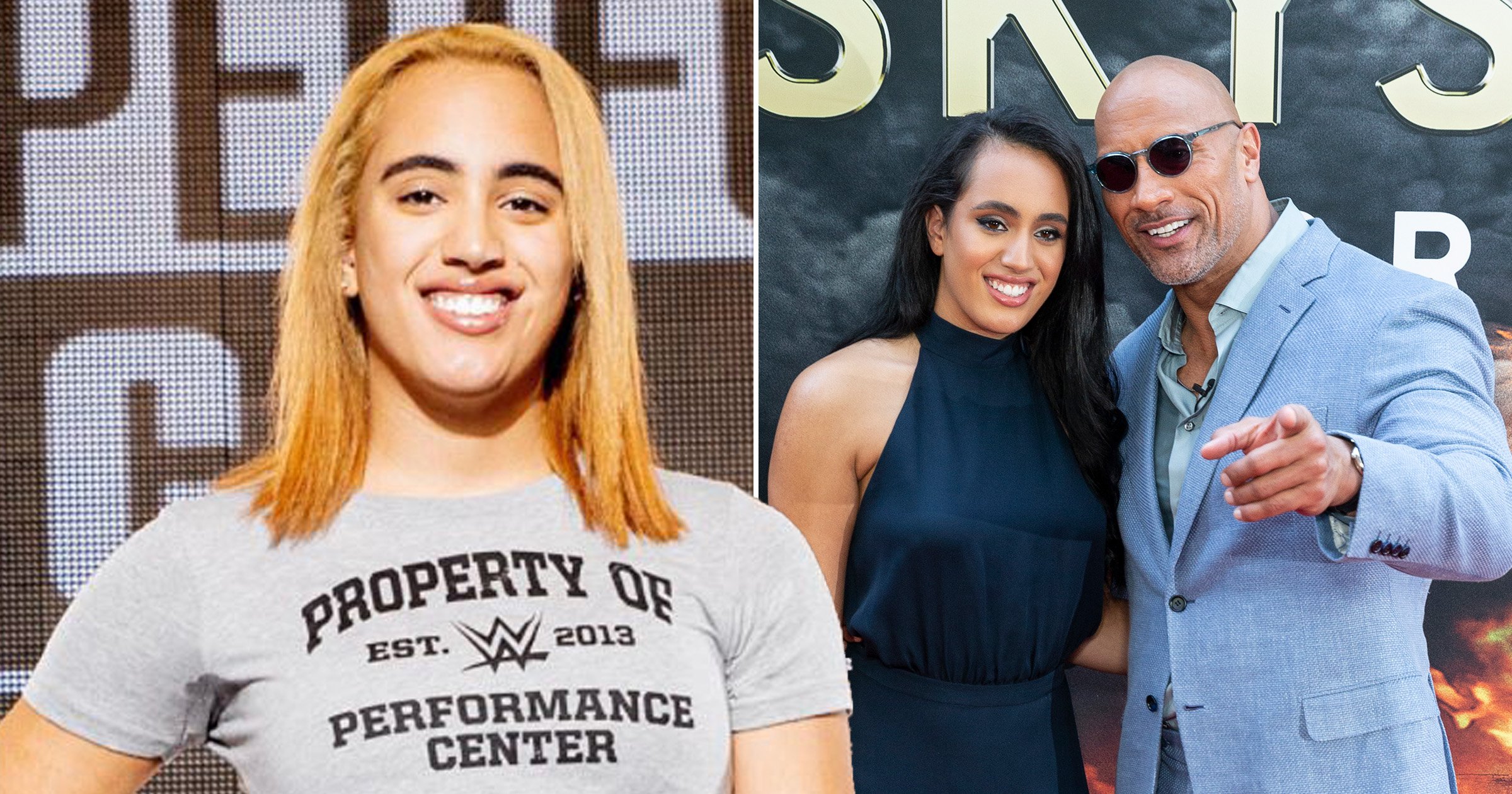 Dwayne ‘The Rock’ Johnson’s daughter, Simone Johnson, has revealed her pro-wrestling name ahead of her World Wrestling Entertainment (WWE) debut.

Simone has been prepping for her debut for over two years, hoping to follow in her famous dad’s footsteps, at just 20 years old.

The youngster is a fourth-generation wrestler on her dad’s side and has announced she will be known as Ava Raine.

Her exciting news has been a long time coming, after Simone originally signed her deal with the WWE in early 2020.

Her debut was delayed due to injuries that ended up needing surgery, but now she’s all ready to go and with the full support of The Rock himself.

But long before her father broke onto the scene, Simone’s grandfather ‘Soulman’ Rocky Johnson and great-grandfather ‘High Chief’ Peter Maivia were also pro-wrestlers, so you could say it’s in her blood.

She has faced criticism and comparisons to her relatives, but Simone has spoken out previously, making it clear she wants to make her own way in the industry.

‘I probably sound like a broken record & hopefully this is the last I’ll mention this but I don’t understand why people being portrayed as separate individuals from their family name is such a heated topic. A name doesn’t discredit any prior accomplishments from any family,’ she tweeted.

And in response to her pro-wrestling and how it doesn’t honour The Rock, she added: ‘I could build my entire career around my father & people would still bash me anyway.’

Simone has dreamed of getting into wrestling since she was much younger, revealing that she ‘fell in love with wrestling’ as a toddler when making the announcement that she had been signed.

She posted a photo of herself wearing a grey WWE T-shirt, writing on Instagram: ‘To the little girl who fell in love with wrestling & said “this will be my life one day”, this is for you. I’m humbled, grateful & ready to work. Let’s do this. @wwe @wwenxt.’

Simone is the daughter of Dwayne and his ex-wife Dany Garcia.

Of course, actor Dwayne is one of the most notorious names in wrestling, still very much remembered for his moves after leaving in 2004.

He previously described the job as ‘a career that was beyond my wildest dreams’ following his exit when his contract expired after WrestleMania 20 in 2004, where he wrestled alongside Mick Foley against the trio of Dave Bautista, Randy Orton, and Ric Flair. He returned in 2011 as a part-time performer until 2013, before retiring in 2019.

Nowadays, The Rock is busy making other kinds of moves, whether that’s on-screen in projects like Baywatch, or in the world of business.

Deven Davis: 5 Things To Know About The Wife Of Korn’s Lead Singer Who Died

Want a job? 7 things graduates MUST do in the lockdown

On Guru Purnima, PM Modi talks of hope and purpose in Buddha’s teachings