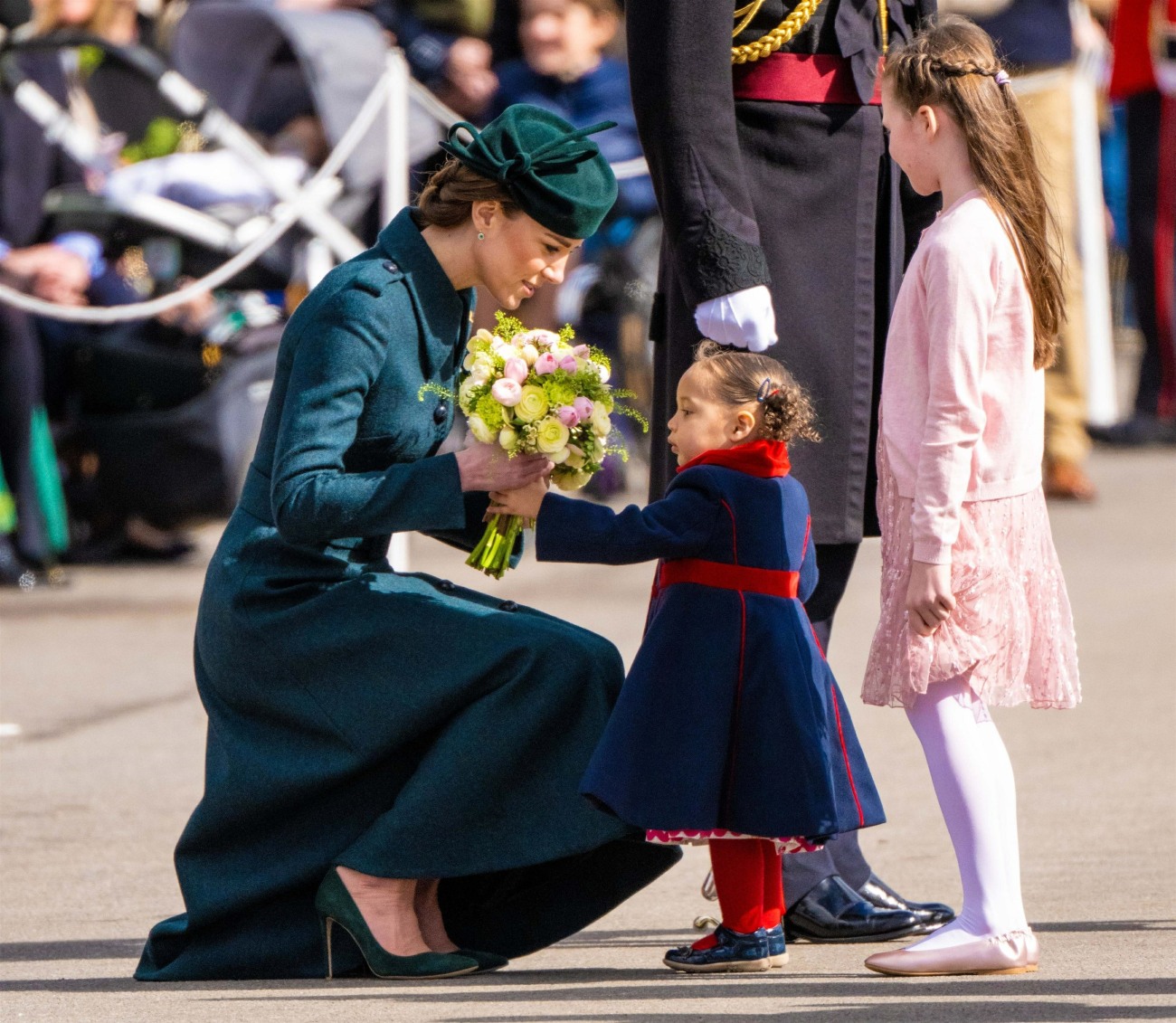 Here are more photos from the Duke and Duchess of Cambridge’s visit to the St. Patrick’s Day parade with the Irish Guards. It’s such a nice, fun event, you would think that Kate would be extra-pleased to do it every year. This year, they seemed to mingle with the wives and children of some of the Irish Guards, including one cute toddler named Gaia Money (I sh-t you not, that’s the child’s name). Gaia first walked over to Kate and tried to grab Kate’s flowers. At first Kate resisted (“they’re mine and I earned them by being very KEEN!”) but then she relented and gave Gaia more than half of the bouquet. Gaia’s dad Lieutenant Colonel Rob Money also jokingly placed his big bearskin hat on Gaia’s little head for a second, which sent Kate into fits of laughter.

As for the buttons… I count nine visible buttons on Kate’s $4,195 Laura Green London coatdress. But honestly, there are TEN buttons. Seven down the front of the dress, one button on each shoulder (part of the epaulettes), then that “phantom cloth button” on the left side of Kate’s chest. Commenters suggested that the cloth button is where the corsage of shamrocks is hung/pinned, and I think that’s right. She paired her crazy-expensive coatdress with repeated Emmy London Rebecca Greenery pumps and a hat by Lock & Co.

Something curious: the Mail section This Is Money noted that Kate and William arrived at the Irish Guards event in a new Range Rover 4X4. It’s not just new, this Range Rover isn’t even available for sale yet. It hasn’t even been rolled out into Land Rover dealerships, and it won’t come out for another month. It’s no secret that Land Rover sponsors the royal family and they have some kind of deal for free cars in exchange for being the “exclusive” vehicle of choice for the Windsors. But it also strikes me that Kate isn’t the only one who has to be bribed to work. Kate accepts bribes of jewelry, clothes, hats, buttons, wiglets and shoes. William accepts bribes of not-yet-released Range Rovers. Also: this Range Rover is a gas-guzzler. What a time to get a new non-hybrid SUV. 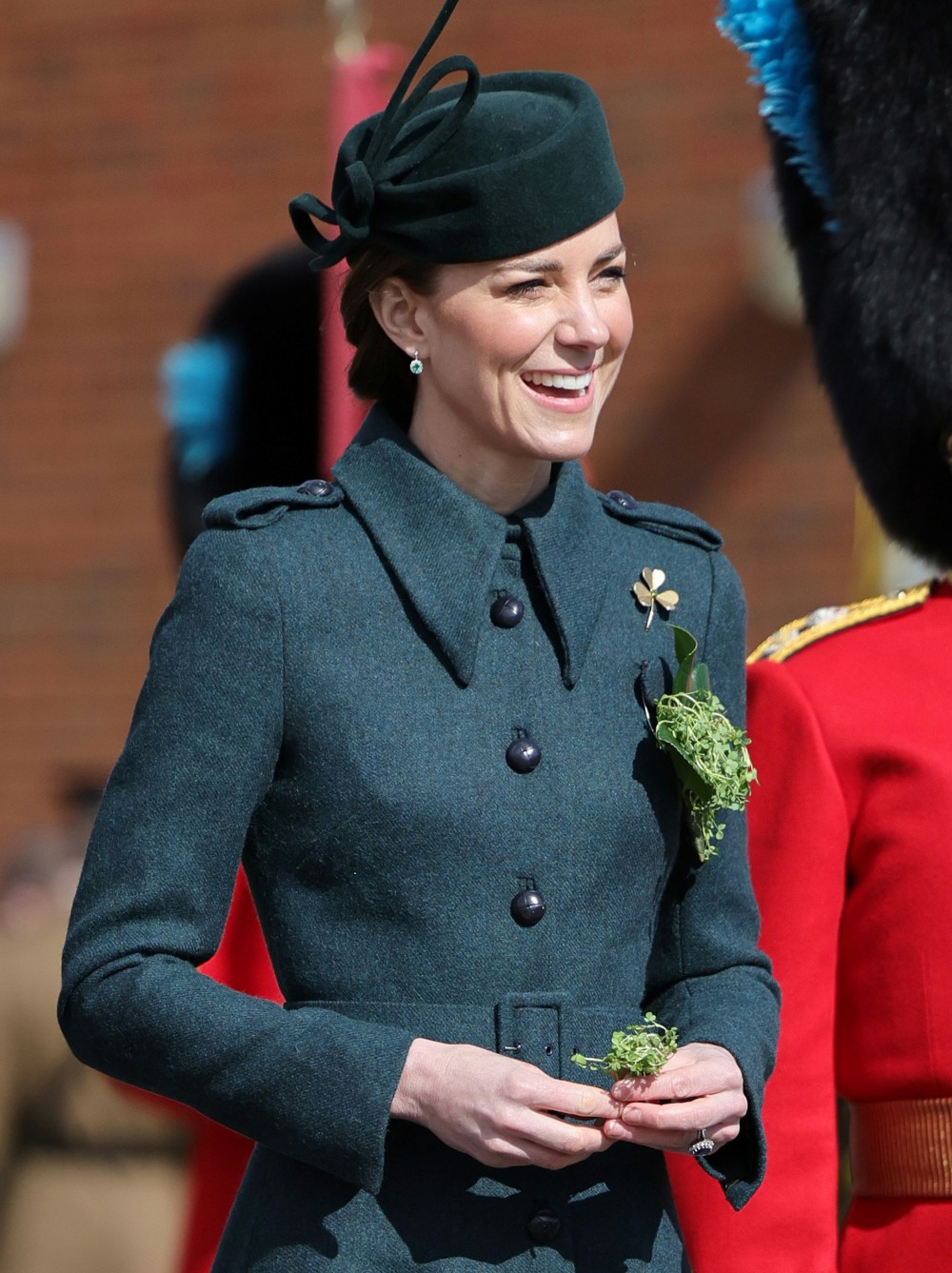 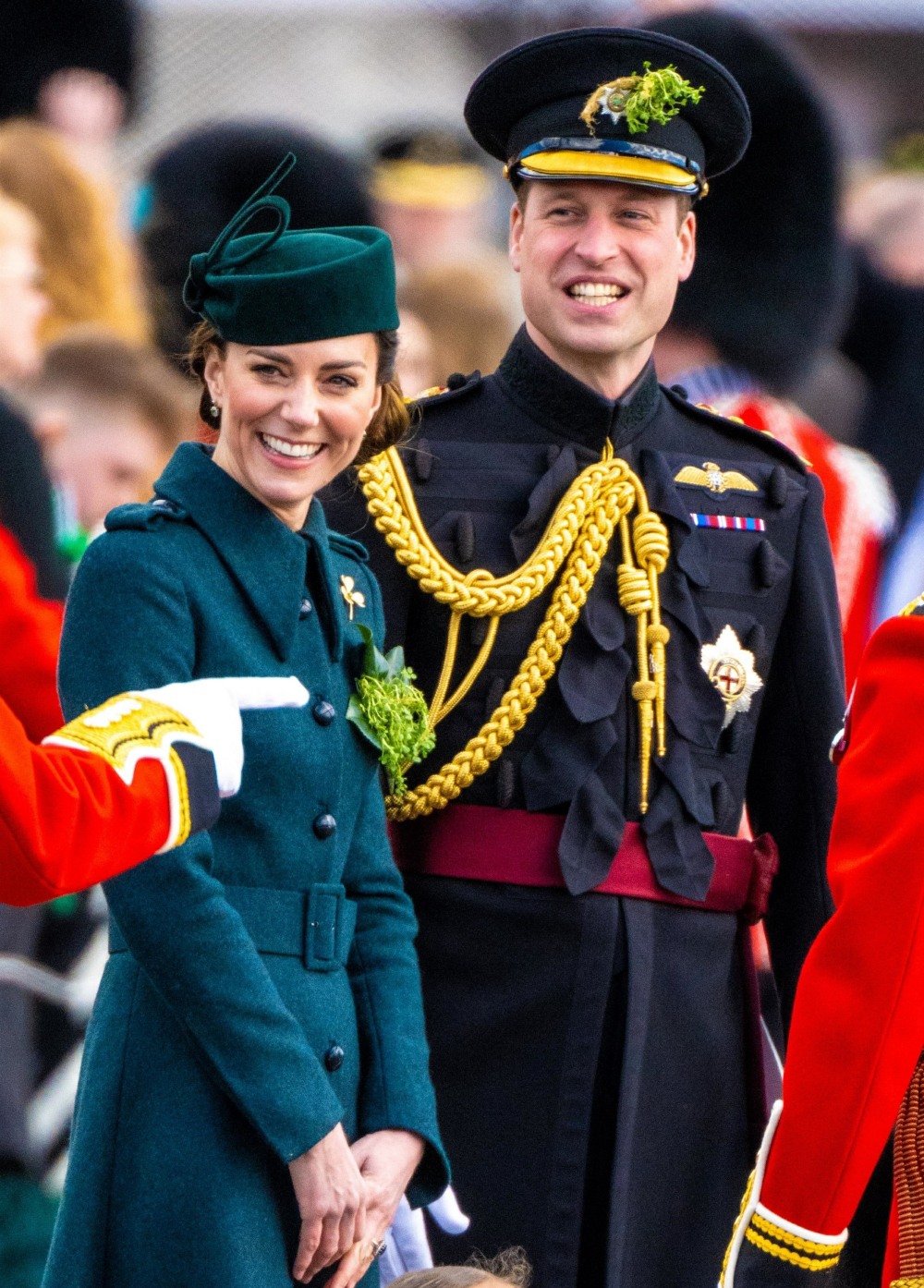 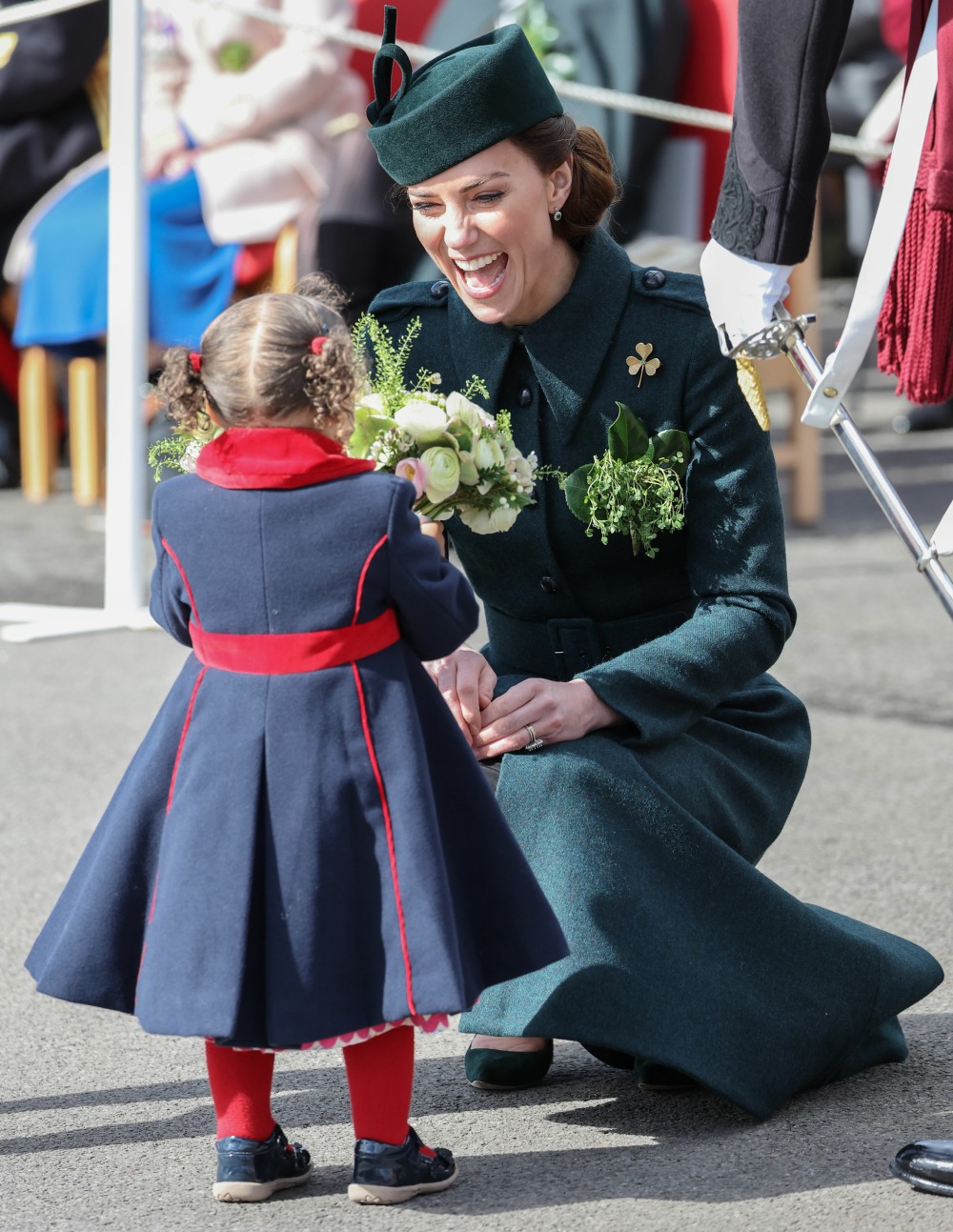 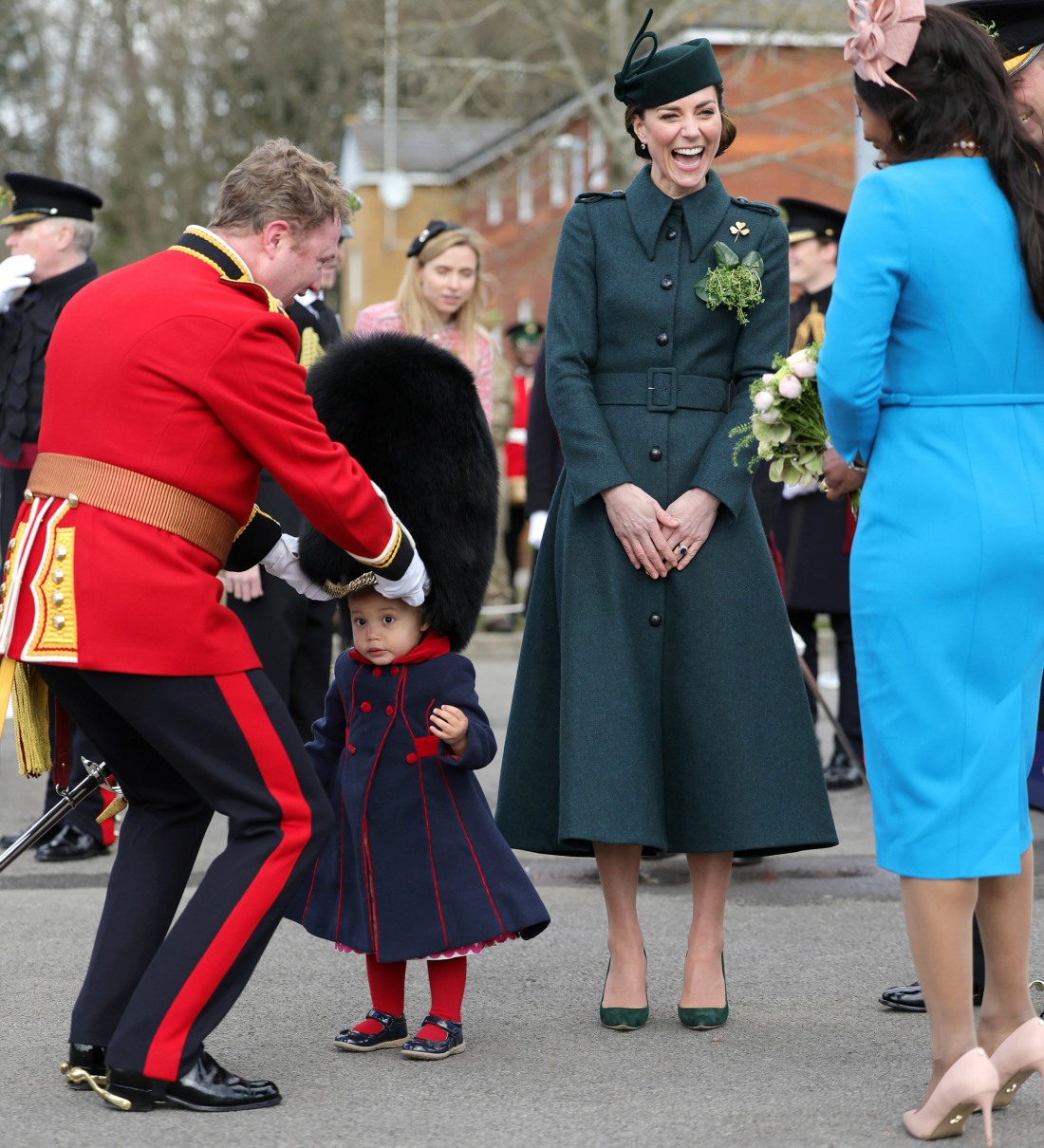 Ashwin’s new tactic could catch on

15 Fascinating Facts About Emily Blunt, Because We All Love Her So Much