Coronation Street has proved to be a place where it's stars can find love with a partner who is famous in their own right.

Cupid has worked his magic on the cobbles and the following Weatherfield soap stars have hooked up with a partner for life, who is also known across the nation.

Faye Brookes, who plays Kate Connor on the cobbles, as been with former Pop Idol finalist Gareth Gates since 2012.

They met when they starred opposite each other in Legally Blonde: The Musical, and despite calling the whole thing off last September, they soon reconciled and got engaged in January.

Faye has promised that their wedding day will be “epic”.

Georgia Taylor returned to Coronation Street to reprise her character Toyah Battersby but while she was away from the ITV soap, she found her husband.

She met Mark Letheren when they were both starring in Casulaty in 2008.

Mark has had numerous roles on TV including appearances in The Bill, Silent Witness and as Reverend Chris Skinner in EastEnders during 2014. Jane Danson has played Leanne on Corrie for a number of years and she found love with fellow actor Robert Beck, who also starred in the ITV soap as Jimmy Dockerson from 2008-2009.

Beck has been a veteran of soap appearances, with time on screen in Doctors, The Bill and Hollyoaks among others. 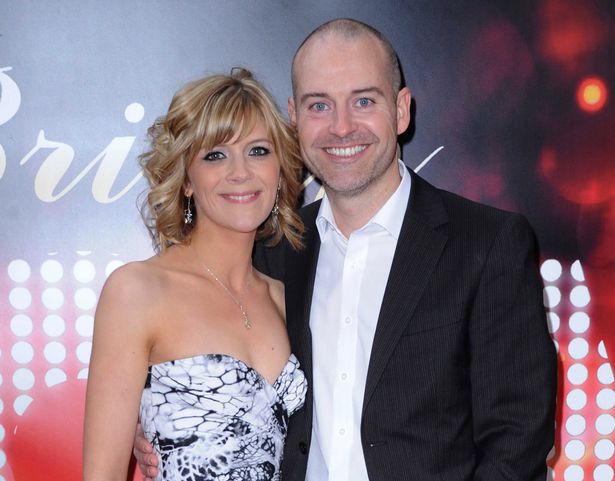 Samia and Sylvain found love when they were partnered together on ITV's Dancing On Ice in 2013.

Sylvain is a professional skater and has appeared on Dancing On Ice for a number of years.

The pair have married and have a son, Yves, together.

Brooke Vincent has been a fixture on Corris as Sophie Webster actress and she found love with Manchester Academy footballer Kean Bryan in 2016.

He subsequently joined Sheffield United and will be returning to the Premier League in the forthcoming season.

Another with a footballer on her arm is Brooke's on-screen sister Helen Flanagan.

Helen fell for Celtic star Scott Sinclair in 2009 and they have plans to marry after getting engaged at Disneyland Paris in 2018.

They have two daughters, Matilda and Delilah.

Sue Nicholls fell in love with Mark Eden, who played one of Coronation Street's most despised villains in Alan Bradley.

He starred in the soap from 1986 until 1989, finally being killed off when he was hit by a tram in an infamous episode.

Shayne Ward may have departed Weatherfield in one of the most heartbreaking storylines for years but he had a happier time off-screen where he dated Hollyoaks star Sophie Austin.

Sophie played Lindsey Butterfield in the soap until 2016, after which she had spells in Call the Midwife and Doctors.

They welcomed a daughter, Willow, in December 2016.

Ryan Thomas was previously married to his Corrie co-star Tina O'Brien but after they fell apart, he found love with reality star Lucy Mecklenburgh.

Ryan and Lucy met on Celebrity Island with Bear Grylls in 2017 and have been together ever since.

Where Did the Time Go? Apple Martin Is All Grown Up in This New Photo With Gwyneth Paltrow

Don’t get carried away by KCR’s rhetoric: Sambamurthy

Maruti to phase out diesel models from April next year