Lady Gaga was overcome with emotion as she took to the stage for the second time on Sunday to accept her second Critics’ Choice Award.

The singer and actress, 32, tied with Glenn Close, 71,  to take home the best actress award for A Star Is Born at the event, which was held at the historical Barkers Hangar in Santa Monica, Calfornia.

Close, who won the award for her role in The Wife, made her speech and stayed on stage while Gaga’s name was read as the joint winner. 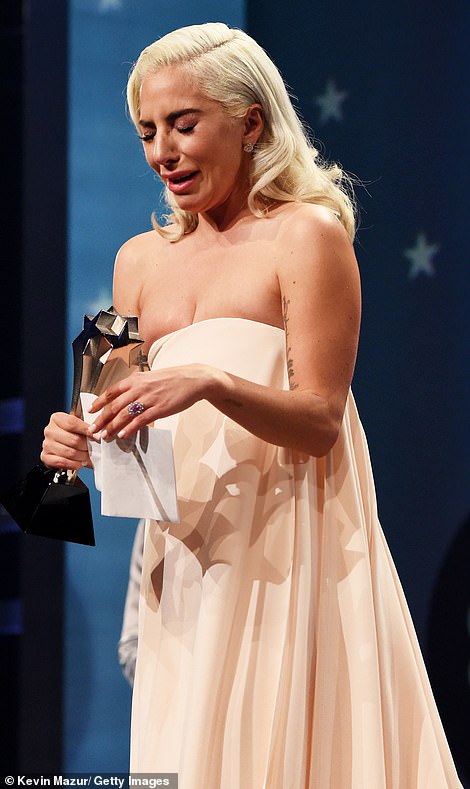 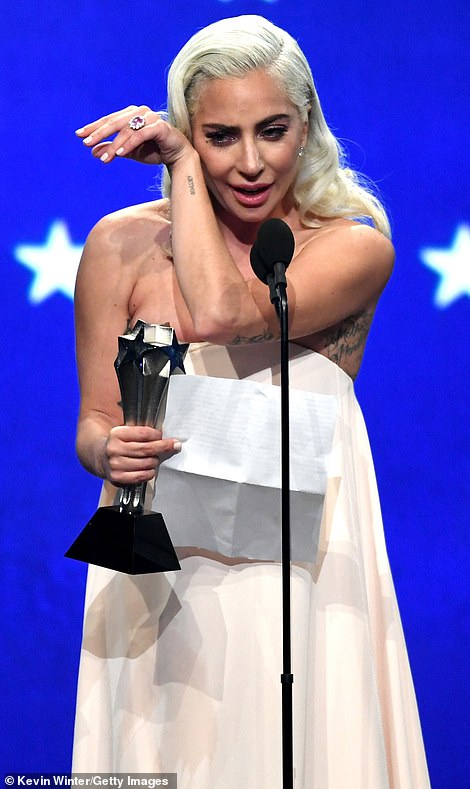 Best Actress win: An emotional Lady Gaga picked up her Best Actress gong for A Star Is Born (she shared the joint award with Glenn Close) at the Critics Choice Awards on Sunday, held at the Barkers Hangar in Santa Monica, California 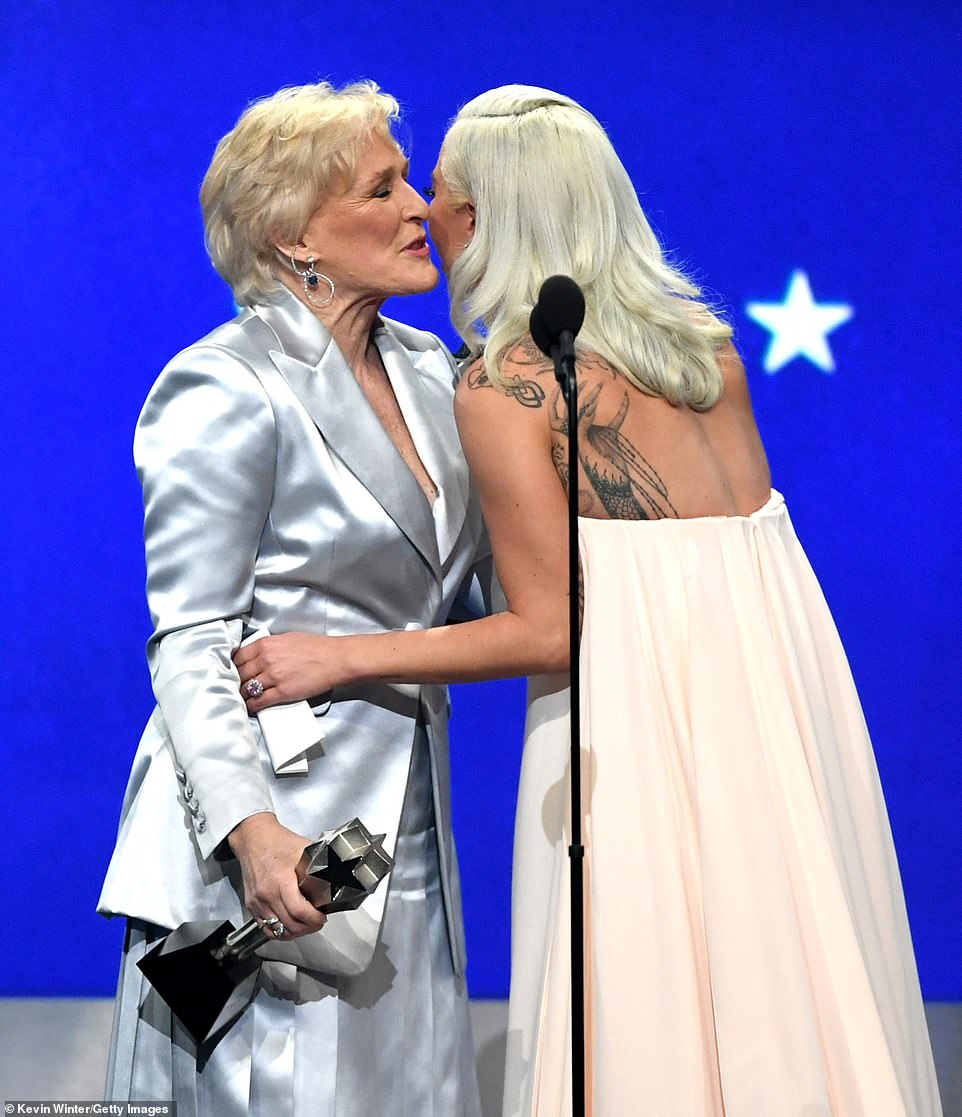 Taylor Swift Always Has the Most Fun at the American Music Awards, and We Have Receipts