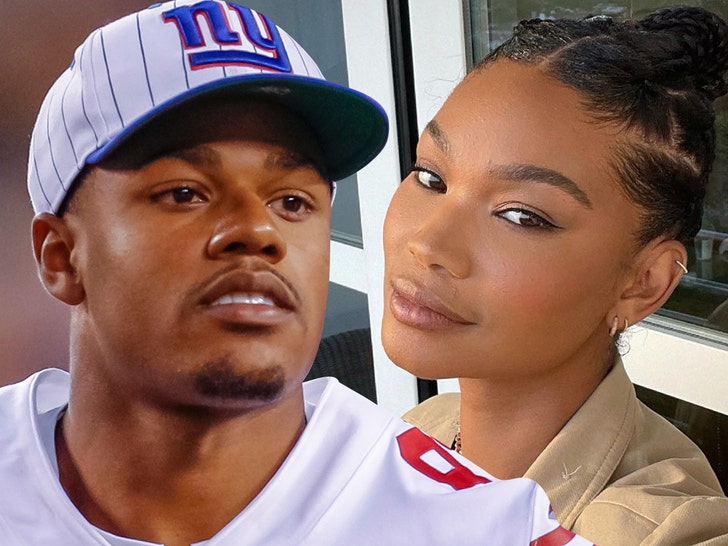 Sterling Shepard is saying goodbye to his man cave … at least while his divorce from Victoria’s Secret model Chanel Iman is being hashed out in court … we’ve learned she’ll be staying put in the family home, and he’s moving his stuff out.

According to new legal docs obtained by TMZ … Chanel gets sole use of their pad in New Jersey as the divorce winds its way through the court, and he had to remove his personal items from the home, which will now occupy his bachelor pad.

Get a load of the items the New York Giants star had to pack up and ship out … in addition to his wardrobe and bling, the haul includes his gaming systems, ping pong table, sauna, red light therapy system, all framed and loose football jerseys, plus a projection TV and couch from the basement, a computer and his KAWS dolls.

The docs say Sterling also moved out a bunch of weightlifting and other exercise equipment, but it sounds like Chanel will still be able to keep her model figure … the Peloton treadmill and bike are staying put.

As we reported … Sterling filed for divorce back in June after more than 3 years of marriage and 2 kids.

The docs say Sterling and Chanel want joint legal custody of their kids during the divorce proceedings … and when Sterling plays football on the road on Sundays and can’t get back to the family home by 8 PM that night, he’ll pick up the kids the next morning.

While Sterling’s not living at the North Caldwell marital home during the split, the docs say he will continue footing the bill for her monthly living expenses.

And, the docs say Sterling and Chanel agreed to not have any romantic third parties spend the night when they’re parenting.

The final division of assets and parenting issues will be decided down the road at the end of the divorce … but this is how they’re operating in the meantime.

Abby Lee Miller Claims She Was Abused In Prison: ‘They Tried To Rip My Eyelashes Off’

Syed Modi International | Srivedya and Nagendra live out a dream