Wonderwall.com is taking a look back at all the celebrity couples who tied the knot this year — or whose marriages came to light in 2022 — starting with this pair… Billie Lourd and Austen Rydell tied the knot in Cabo San Lucas, Mexico, on March 12. The couple got engaged in June 2020 and welcomed their first child together — son Kingston Fisher — in September 2020.

On March 5, Britain’s The Sun reported that former teen heartthrob Josh Hartnett quietly married his love of 10 years, English actress Tamsin Egerton, late last year. According to the tabloid,  the couple — who have three children — tied the knot in the Soho Room, which only seats 12 people, at the Old Marylebone Town Hall in London on Nov. 5, 2021 — Guy Fawkes Night. “They’re as smitten as ever and wanted to make it official in a low-key affair. It was a classy ceremony with only a handful of close family and friends,” a source told The Sun. “They’re really happy living a low-key life away from showbiz parties and red carpets so are happy to fly under the radar.”

RELATED: Celebs who got engaged in 2022

“ER” and “Top Gun” star Anthony Edwards revealed in an Esquire magazine interview released on Feb. 11 that he and “St. Elmo’s Fire” actress Mare Winningham quietly eloped last year. “We’re too old to throw weddings,” he said before gushing of Mare, “She’s just spectacular. She’s an amazing singer and she’s a wonderful actress and she’s an incredible person.” The duo, who co-starred in 1996’s “Miracle Mile” and were both previously married to other people, reportedly took their long-term friendship to the next level in 2020 when both started living in New York City at the same time.

Music star Da Brat and her love, Jesseca “Judy” Dupart, exchanged vows in front of famous friends including Jermaine Dupri, Eva Marcille, Porsha Williams, Kandi Burruss and Rickey Smiley at the Horse Mansion in Fairburn, Georgia, on Feb. 22, People magazine confirmed. The brides, who arrived in horse-drawn carriages, both wore Esé Azénabor gowns for their nuptials. Jermaine served as a groomsman and walked Da Brat down the aisle while her half-sister, LisaRaye McCoy, served as a bridesmaid. Keith Sweat performed at the reception. “Everything about her made me want her to be mine forever. And I felt like I knew it not much longer than from the day we met,” the rapper said of her new wife. Added Judy of their wedding date, “We’ve been calling each other twin flames for a while. So this date, 2/22/22, is a significant event. We just didn’t want to miss it because it comes once in a lifetime. It’s relevant. It’s just real significant to our relationship. It signifies angel numbers, and it also is reminiscent of twin flames.” Da Brat came out while debuting her relationship with Judy in March 2020.

“Siesta Key” star Chloe Trautman married Chris Long on the beach at the Zota Beach Resort in Longboat Key, Florida, on Feb. 20. They got engaged less than four months earlier. The bride’s co-stars including Juliette Porter, Madisson Hausburg and Amanda Miller were among the wedding guests.

More than two years after a friend claimed “X-Men” franchise and “Atonement” actor James McAvoy had recently wed director M. Night Shyamalan’s assistant Lisa Liberati, the actor himself — in an interview with The Guardian — finally confirmed that he is indeed a married man. James met Lisa, then a production assistant, on the Philadelphia set of his 2016 film “Split.” At the time, the Scottish actor was reportedly in the process of separating from his first wife, BAFTA-nominated actress Anne-Marie Duff, after nearly a decade of marriage.

They finally did it! “Everybody Loves Raymond” star Brad Garrett and IsaBeall Quella — whom he met in 2008 at a Boston art gallery — are now husband and wife. On Jan. 26, the couple confirmed to People magazine that they quietly tied the knot back on Nov. 11, 2021, in Montecito, California, following four canceled wedding dates over six years due to wildfires, a mudslide and the coronavirus pandemic. “I married the love of my life,” Brad — who at 61 is more than two decades older than his bride, 37 — told People (which has photos) in a statement, jokingly adding, “Her, not so much.” The pair got engaged in 2015.

During an interview with Marie Claire that debuted online on Jan. 18, “Parks and Recreation” alum Jenny Slate revealed that she quietly married Ben Shattuck in the living room at their home in Massachusetts on New Year’s Eve. “We were planning on a [wedding] that ended up being almost 200 people, and then now, it’s just our parents and siblings,” she said. “We each invited six friends… I actually like it. I like it better. I didn’t realize how the large thing was making me feel uncomfortable, a little bit. Just a little.” The duo announced their engagement in the summer of 2019 and welcomed a daughter in late 2020 or early 2021.

Ricki Lake married Ross Burningham in the backyard at their home in Malibu on Jan. 2, she announced on Instagram the following day, captioning a slideshow of photos from the nuptials — during which she donned a yellow kaftan-style dress and stood on a stool so she could reach her new hubby’s height as she read her vows — “We did it! 1/2/22 Ross and I said I DO!” The pair got engaged in early 2021 after less than a year of coupledom.

On Jan. 13, Vogue broke the news that “Orange Is the New Black” alum Danielle Brooks had recently married her partner of several years, Dennis Gelin, at the Alfred DuPont Building in Miami. (It’s unclear if they exchanged vows in late 2021 or in early 2022.) The Tony-nominated actress revealed on New Year’s Eve in 2019 — a little more than a month after they welcomed their daughter, Freeya — that they were engaged.

On Jan. 17, Bachelor Nation’s Derek Peth and model Saffron Vadher took to Instagram to announce that they secretly tied the knot more than a year ago. “Mr. & Mrs. Peth!!! 14/01/2021,” they captioned a joint post. They got engaged in late 2020 — less than a year after they were first publicly linked.

Bachelor Nation’s Jordan Kimball married Christina Creedon at The Wynden in Houston, Texas, on Jan. 15. The duo got engaged on Christmas Eve in 2020.

Following a decade of coupledom and two engagements, “Family Karma” stars Vishal Parvani and Richa Sadana finally tied the knot at the TRS Coral Hotel in Cancun, Mexico, on Jan. 15. They took to Instagram to jointly share a slideshow of wedding photos along with the caption, “Husband and Wife. Love you for always. 1.15.2022. Thank you to all our friends and family, for all the love and support these past 10 years. We did it!”

On Jan. 19, People magazine broke the news that Adam Rippon and Jussi-Pekka Kajaala secretly tied the knot in the Los Angeles area on New Year’s Eve. The Olympic figure skater and the Finnish real estate broker essentially eloped, exchanging vows in front of their officiant, a woman named Maria, and their pit bull mix puppy. They got engaged in late 2020.

According to People magazine, Pentatonix singer Matt Sallee married Sarah Bishop at Cielo Farms in Malibu on Jan. 2. The duo met in church two and a half years earlier.

According to People magazine, singer-songwriter Meghan Linsey, who placed second on the eighth season of “The Voice” in 2015, eloped with longtime love Tyler Cain at Ironwoods Beach in Lahaina on Maui in Hawaii on Jan. 16. They got engaged in June 2019 and originally intended to tie the knot in April 2020 but were forced to push their nuptials amid the coronavirus pandemic.

On Jan. 17, People magazine broke the news that “Suburgatory” and “Imposters” actor Parker Young married his partner of 16 years, Stephanie Weber, in the backyard of their home in California on her birthday in September 2021. The groom’s “United States of Al” co-star Adhir Kalyan officiated the intimate nuptials, which were actually a surprise to the bride. They were also joined at the ceremony by their dog and their daughter’s babysitter. The high school sweethearts reportedly got engaged in March 2018 and welcomed daughter Jaxon Orion later that year.

On Jan. 11, People magazine broke the news that 5 Seconds of Summer guitarist Michael Clifford secretly married longtime love Crystal Leigh a year earlier on Jan. 11, 2021. The duo quietly tied the knot in front of just 15 friends — members of their wedding party including his bandmates — in an intimate backyard ceremony at their new home in Australia. They’re planning to have their “real wedding” in Bali later this year.

On Jan. 13, People magazine broke the news that fitness entrepreneur Tracy Anderson secretly married Chris Asplundh in the garden at their home in New Hope, Pennsylvania, in August 2021.The duo — who started dating in 2018 and got engaged in March 2020 — exchanged vows in front of their mothers, Tracy’s daughter from a previous relationship and a few close friends. (Her son watched the intimate ceremony via Zoom as he was away from home traveling at the time.) It’s the famed trainer’s third marriage. 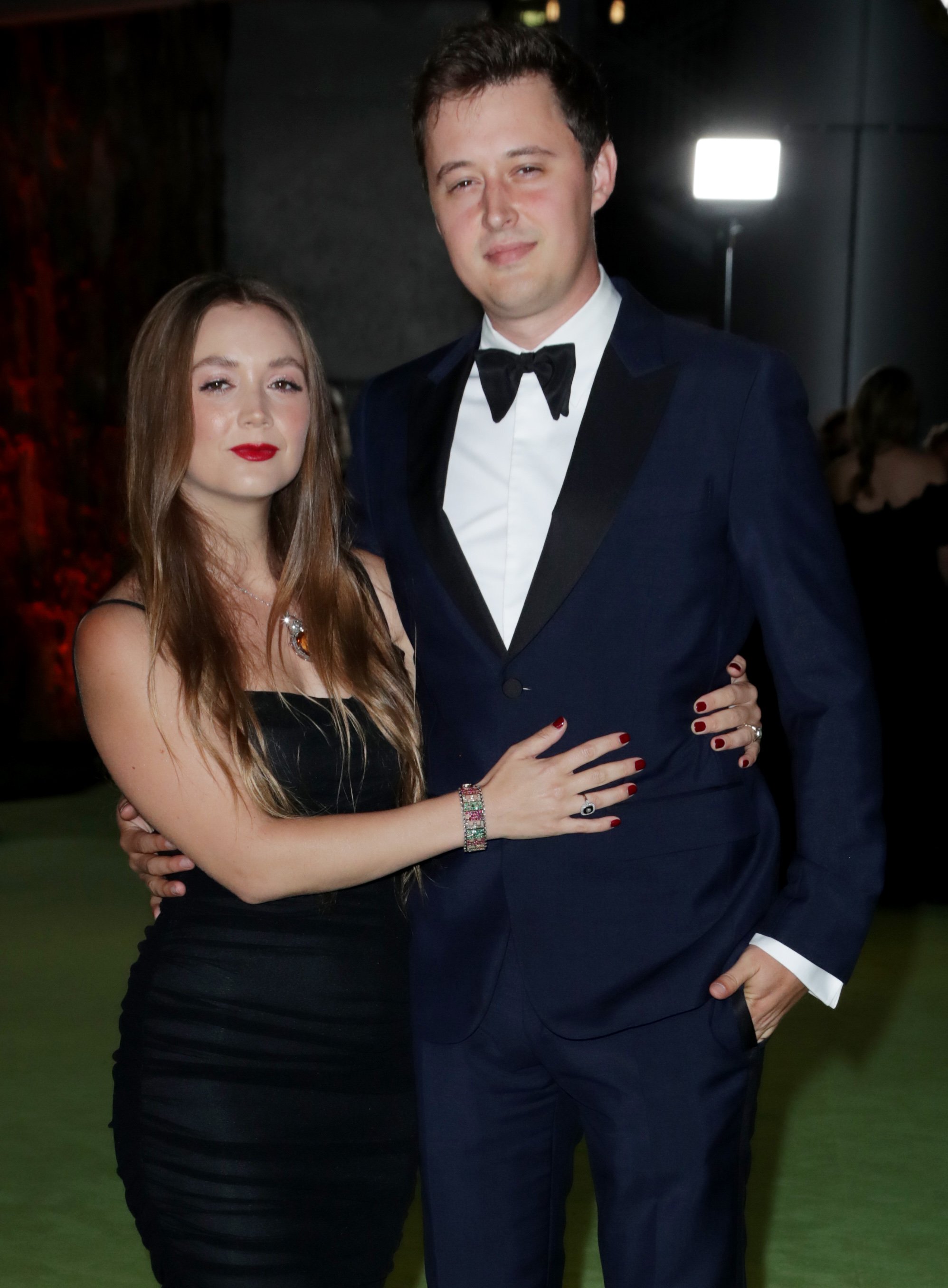 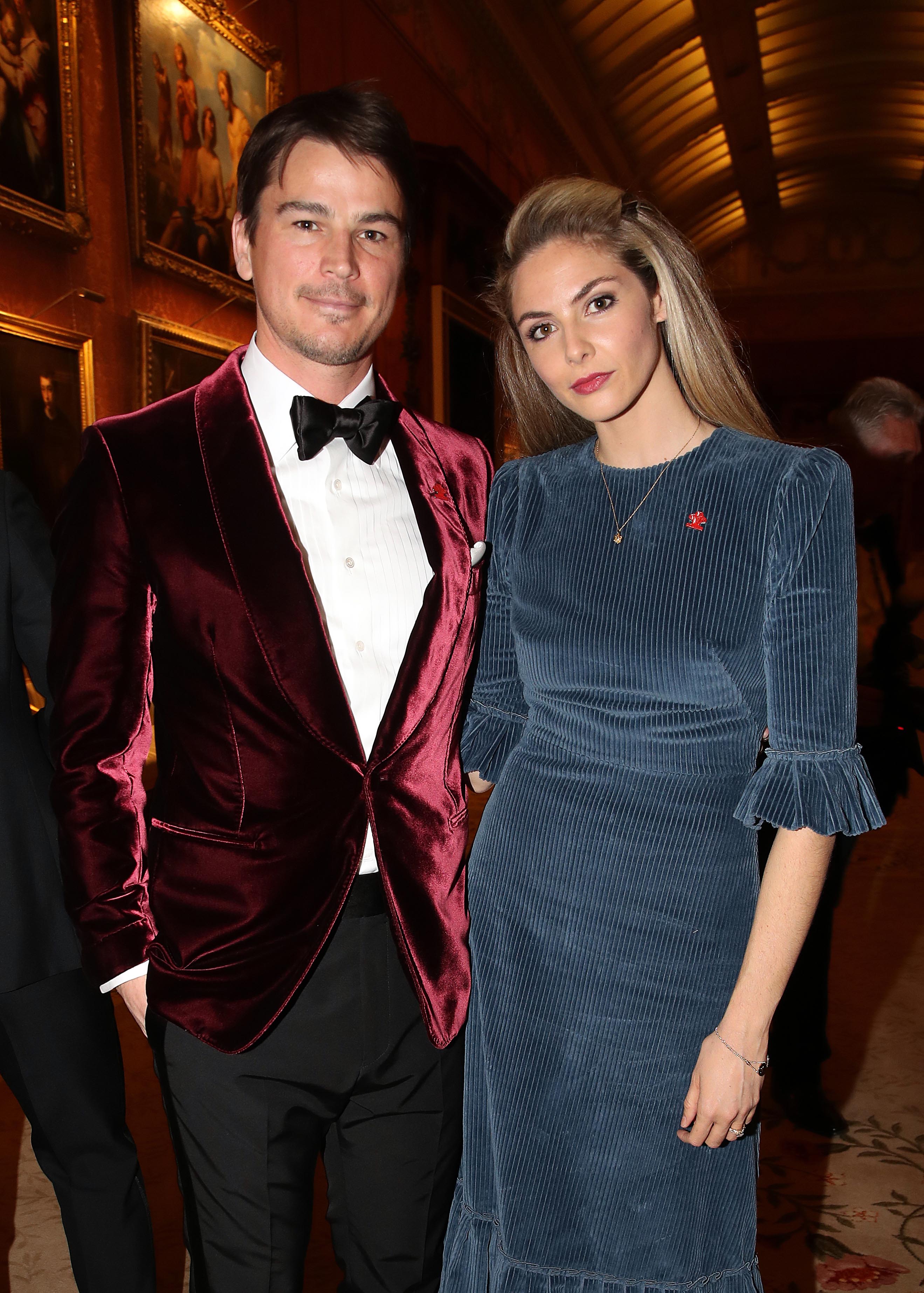 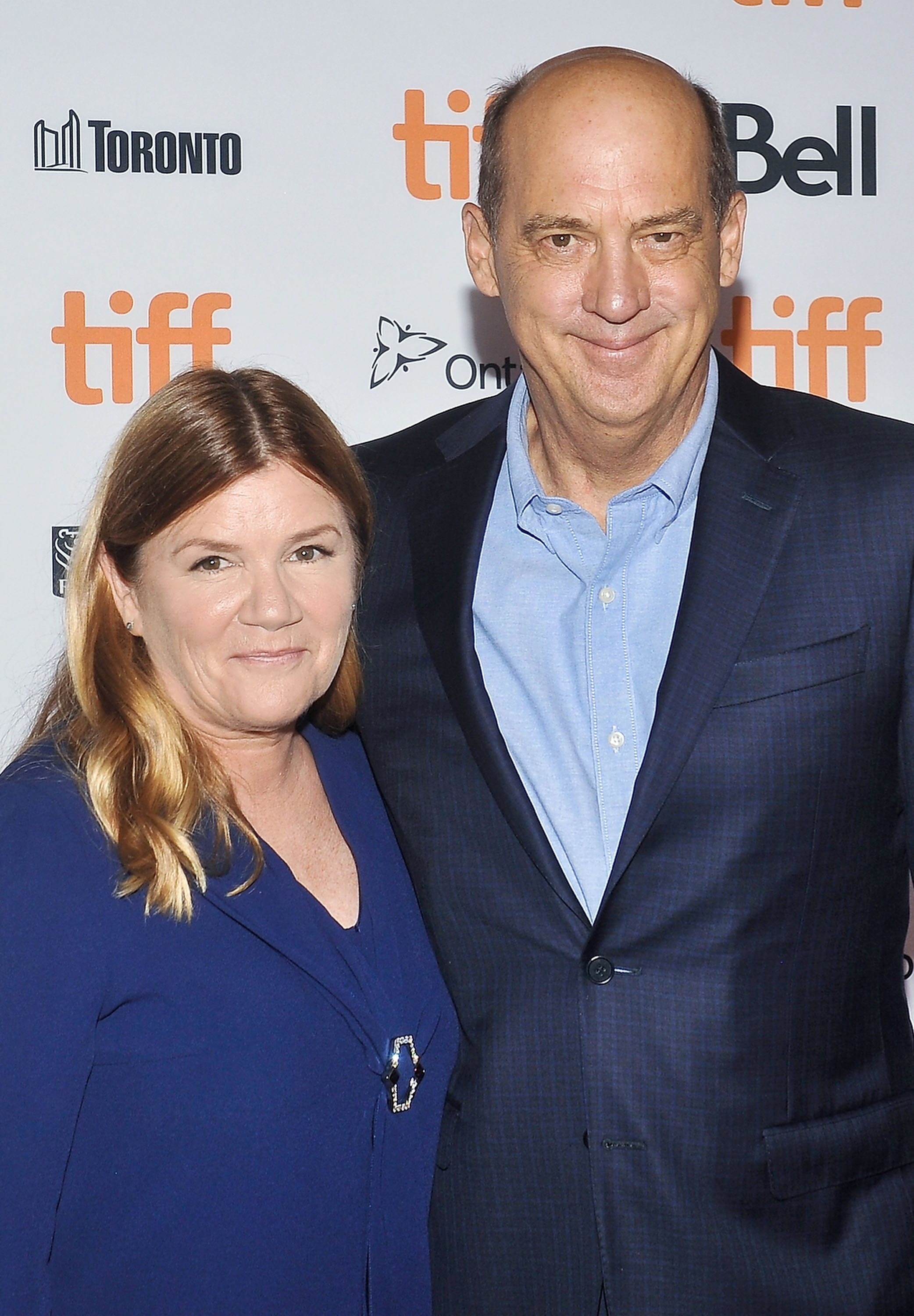 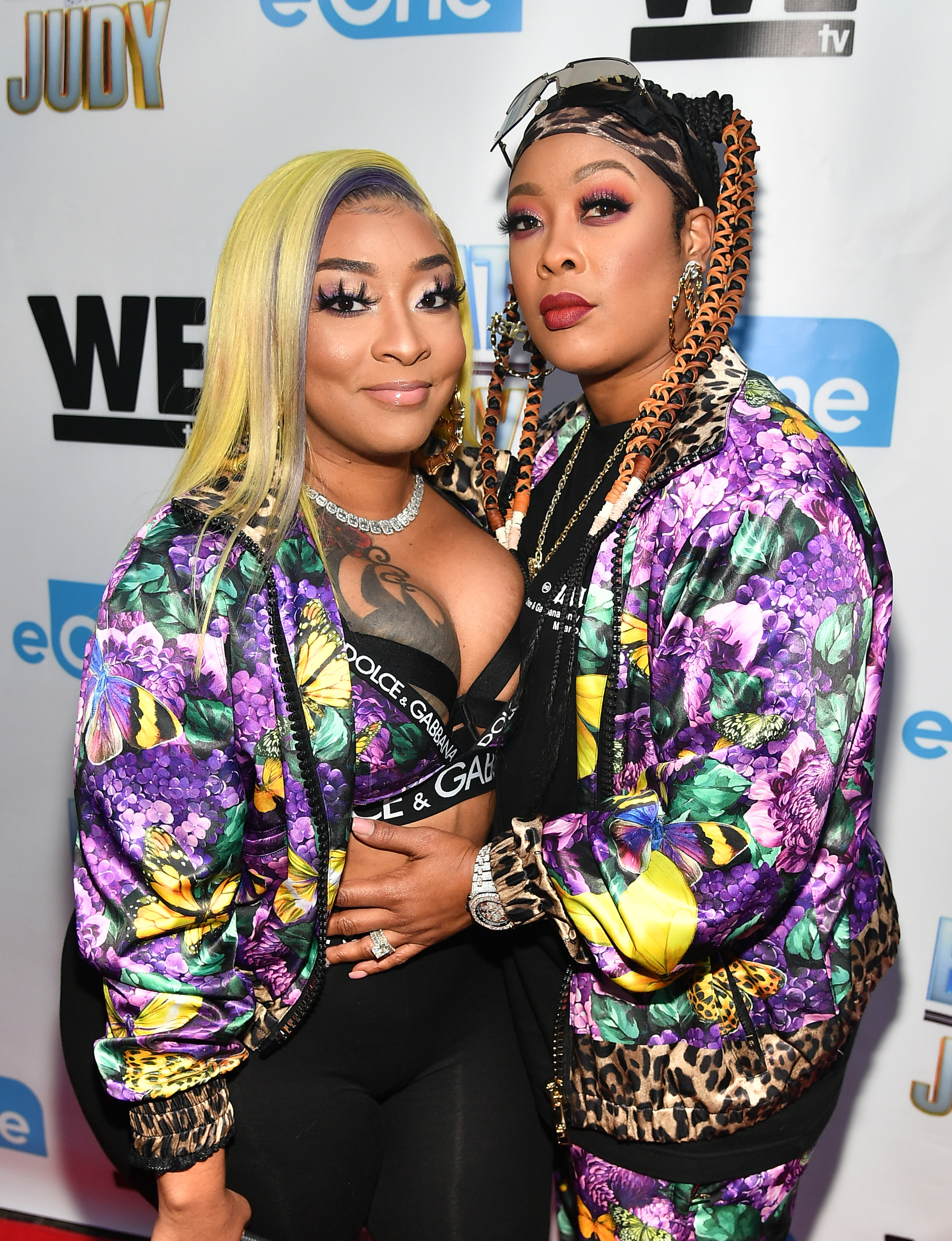 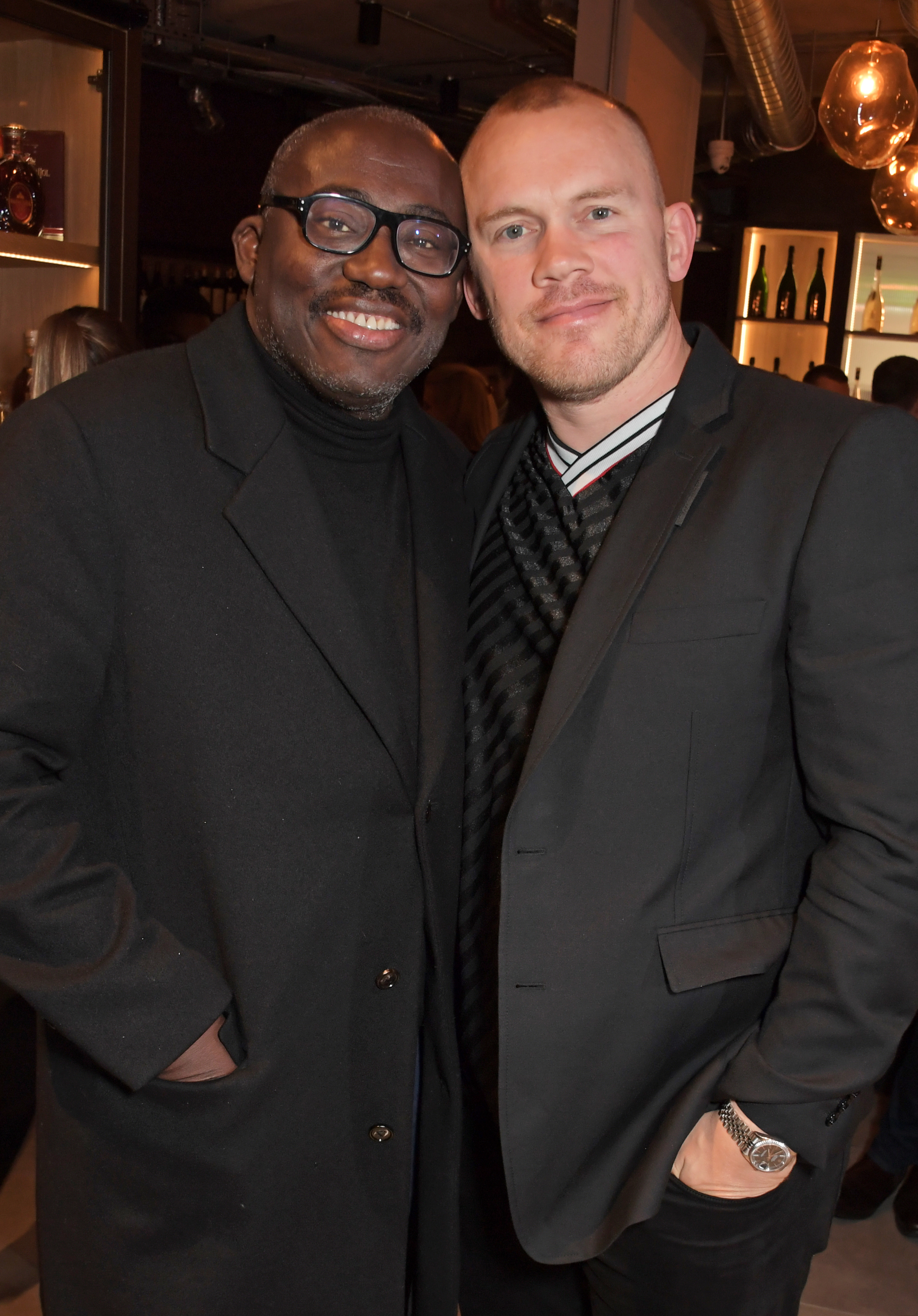 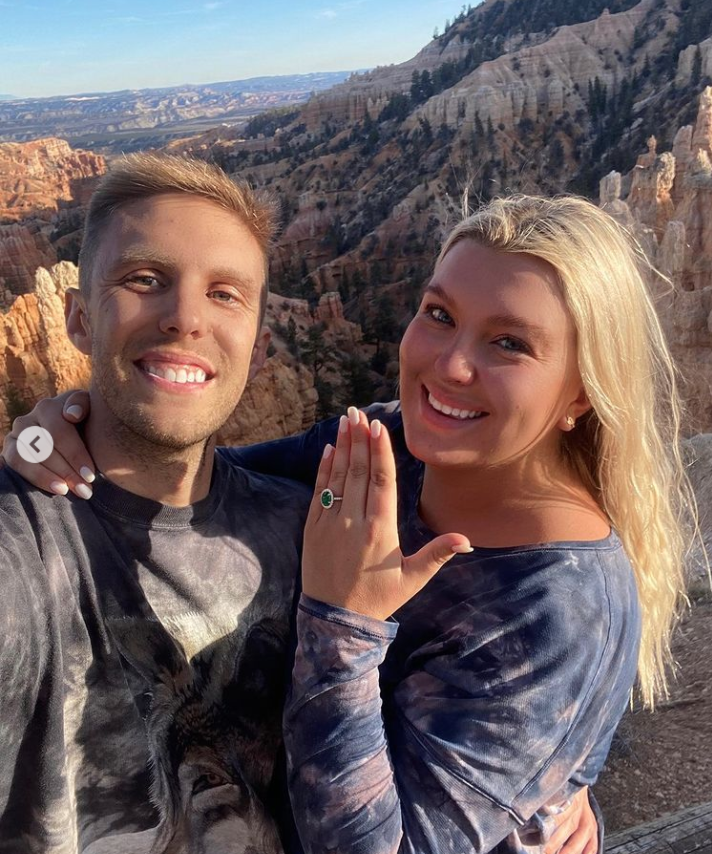 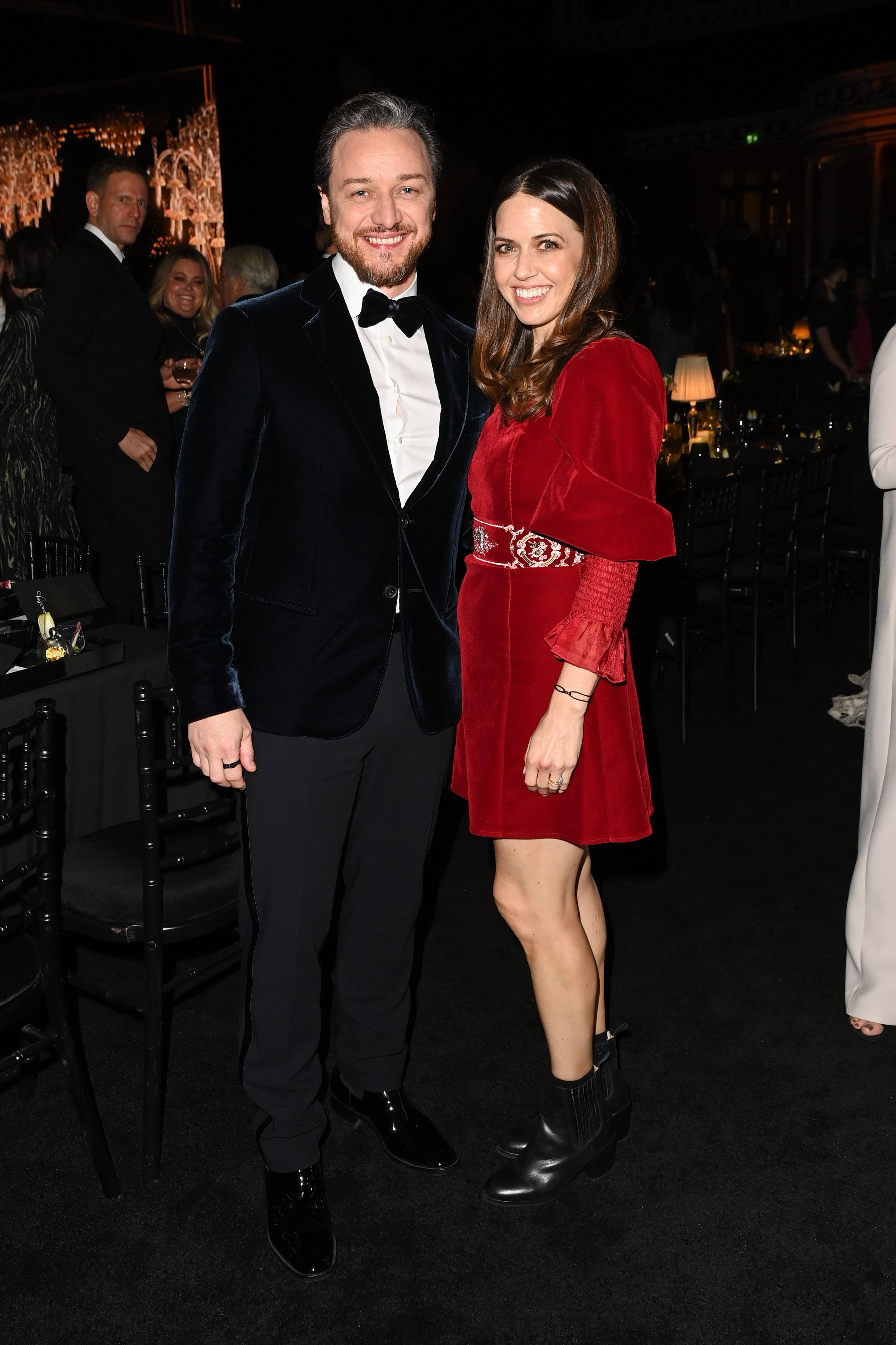 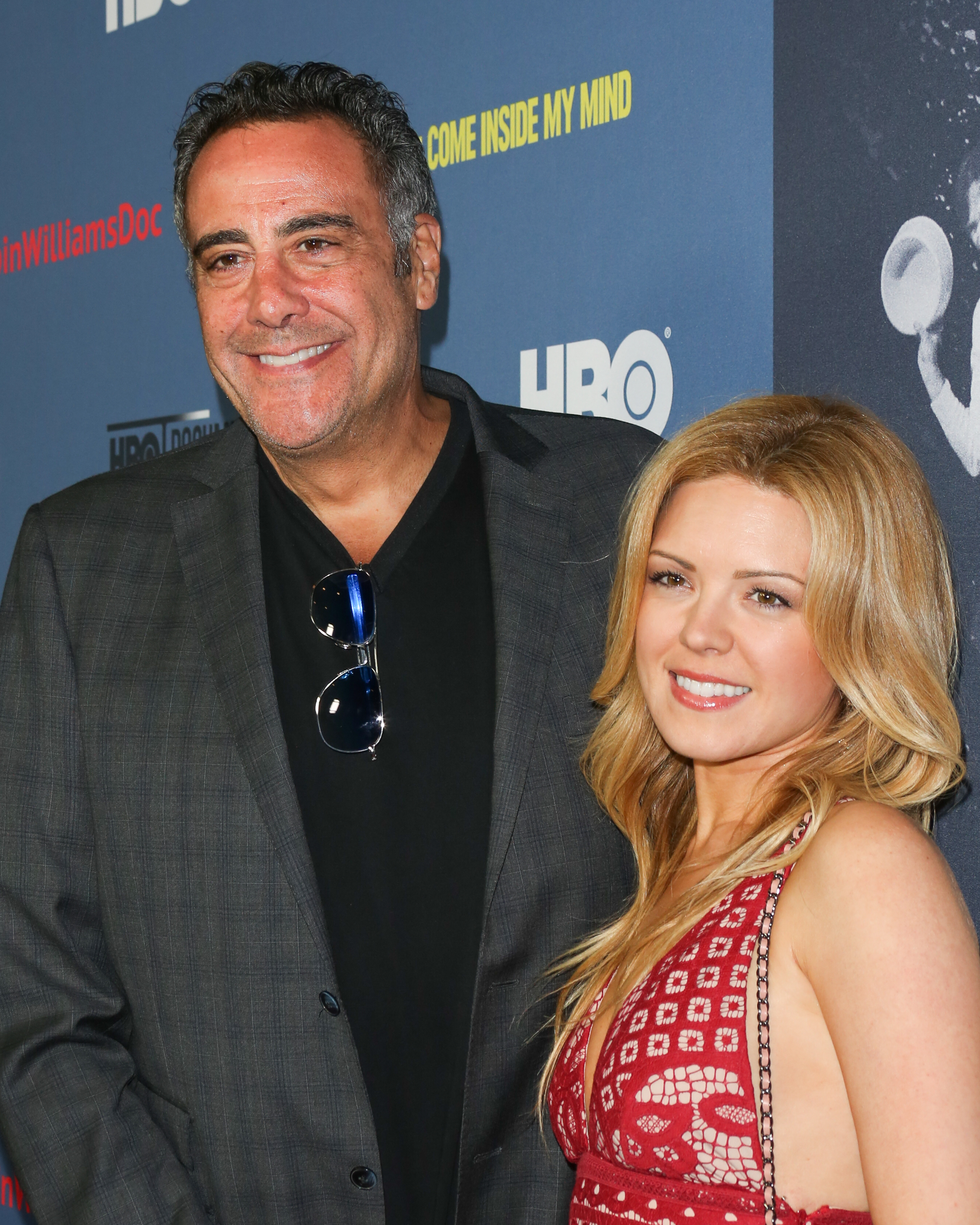 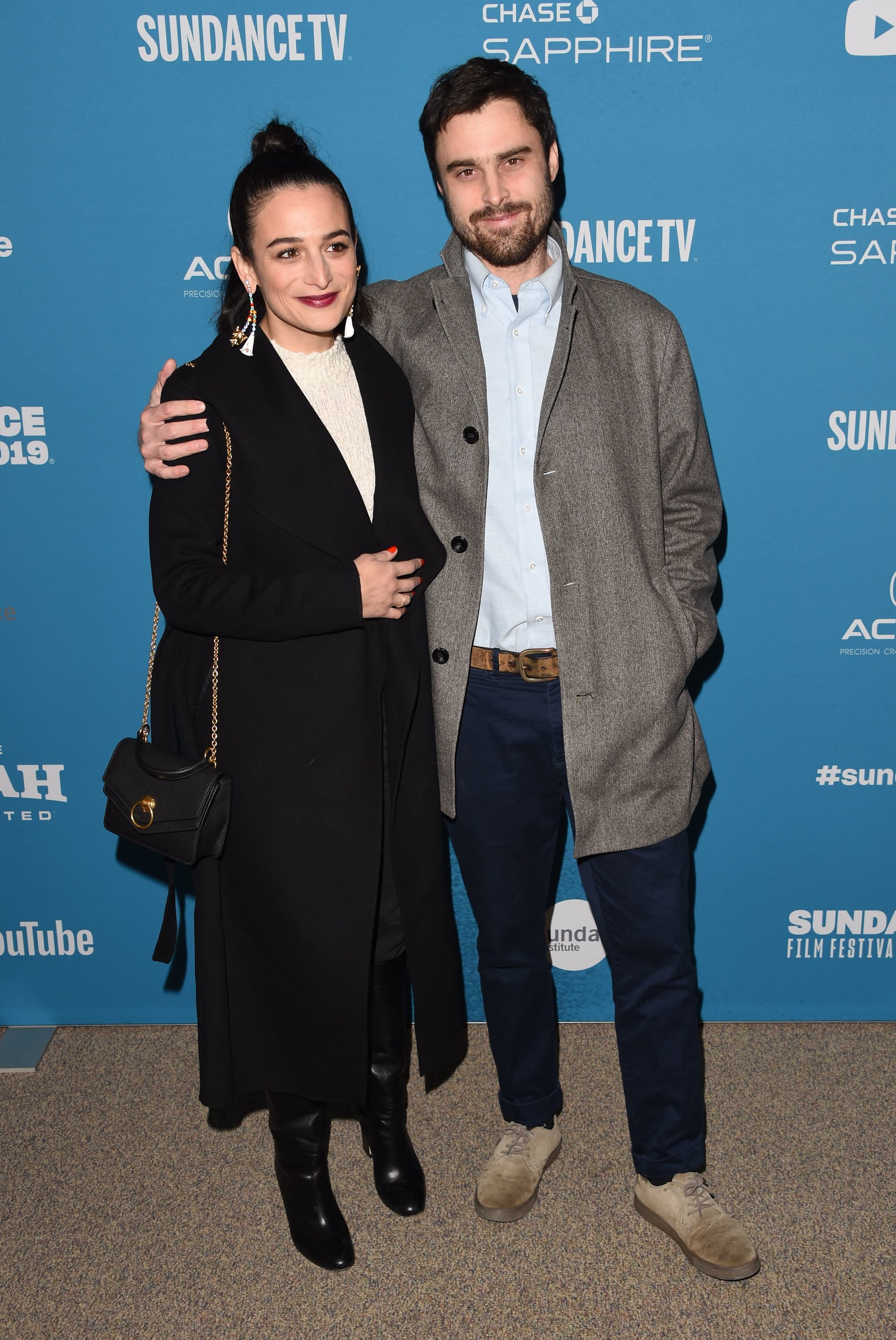 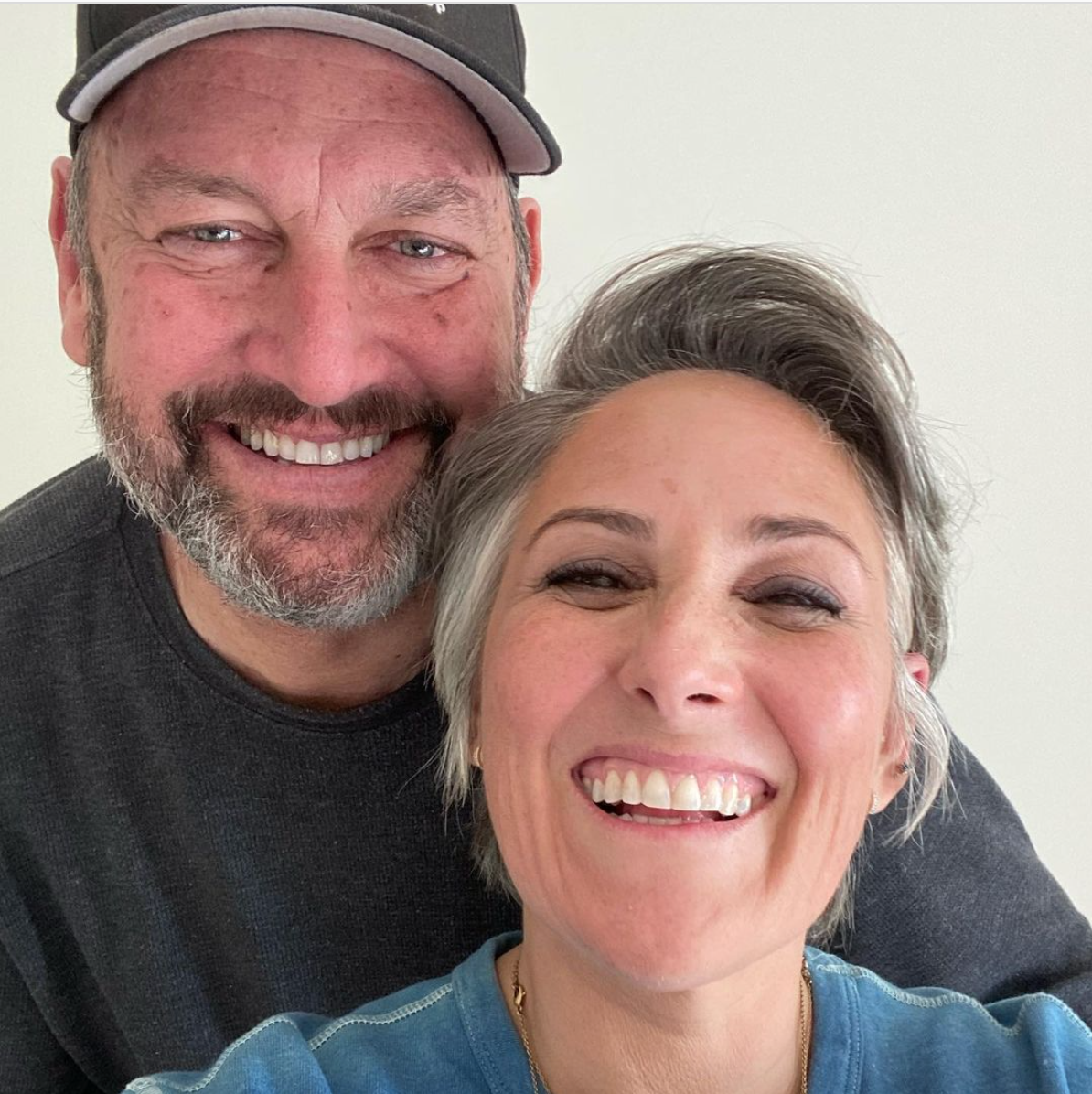 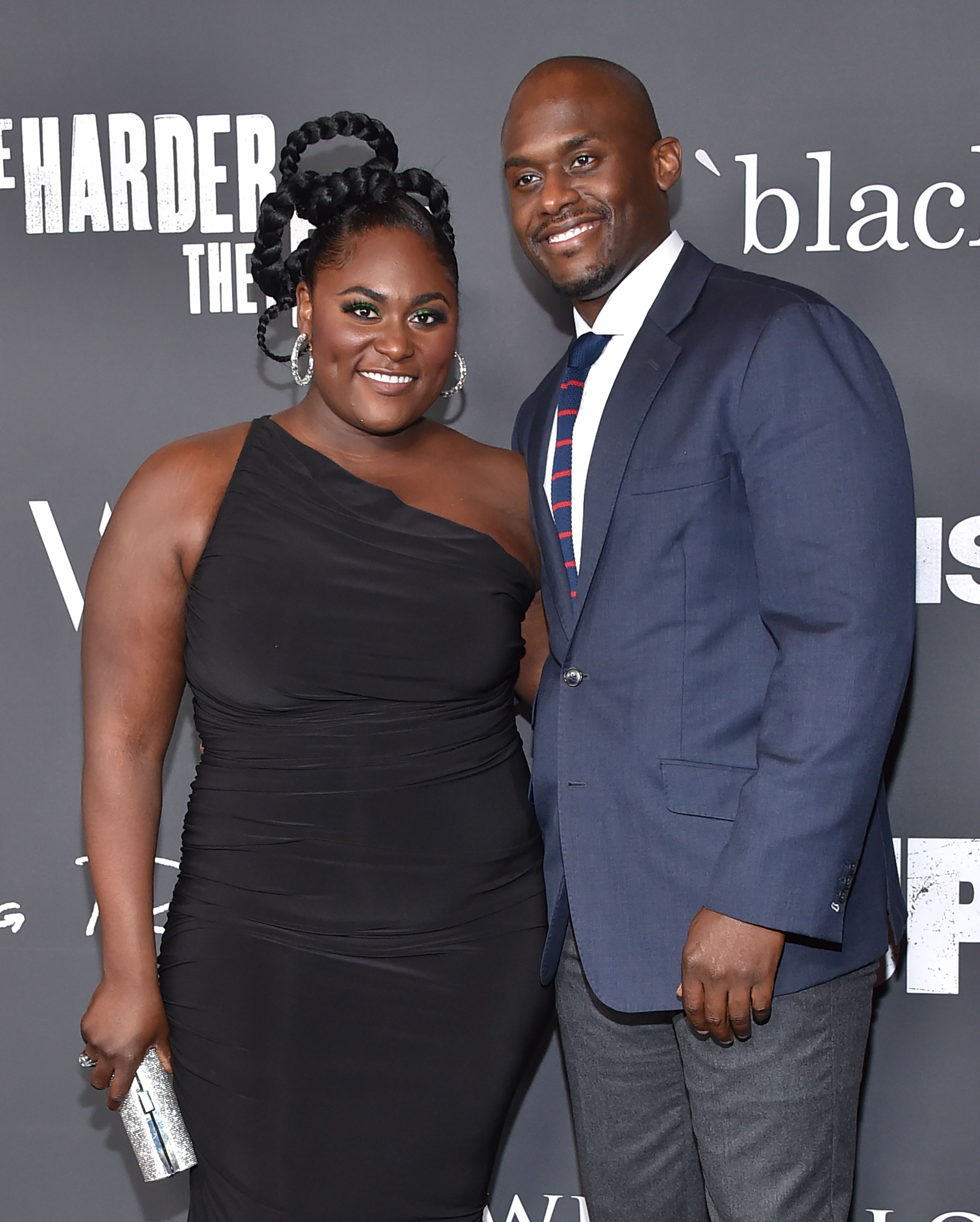 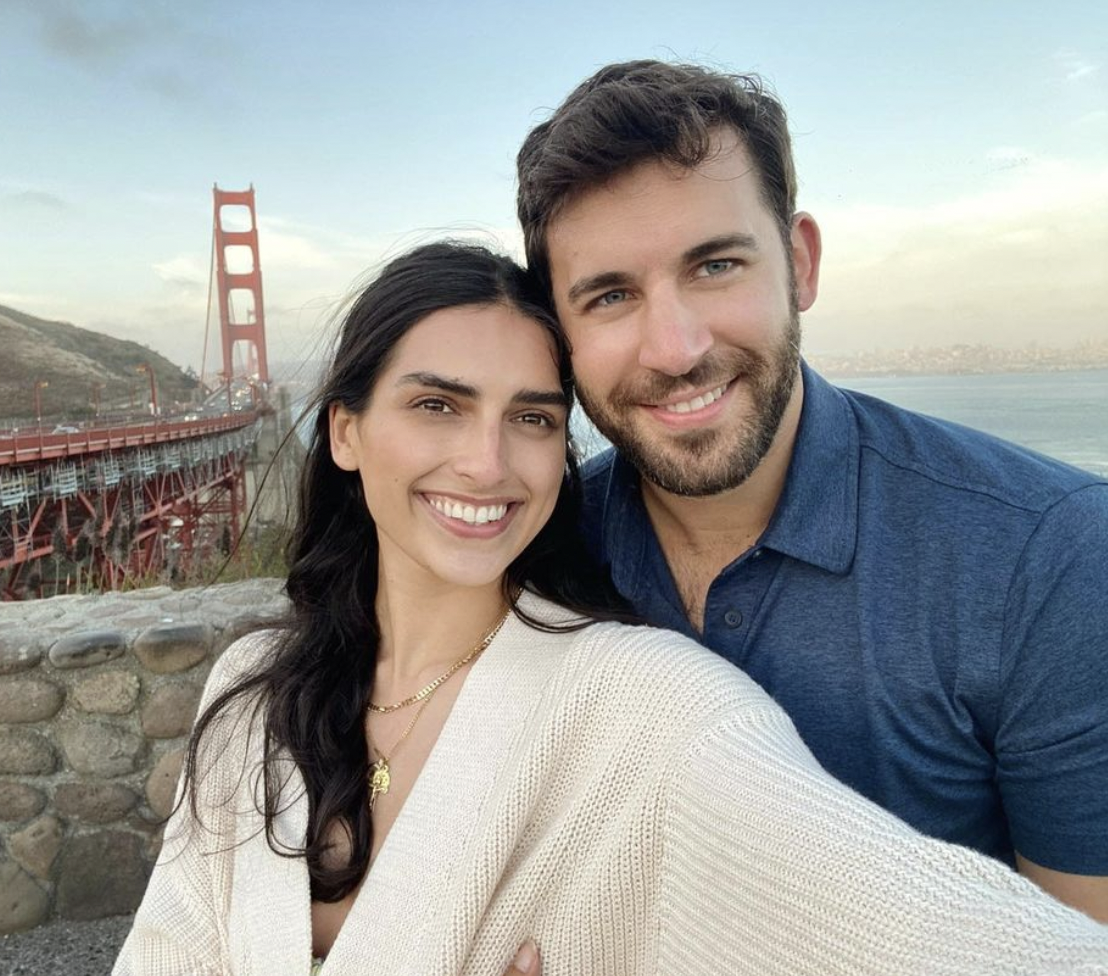 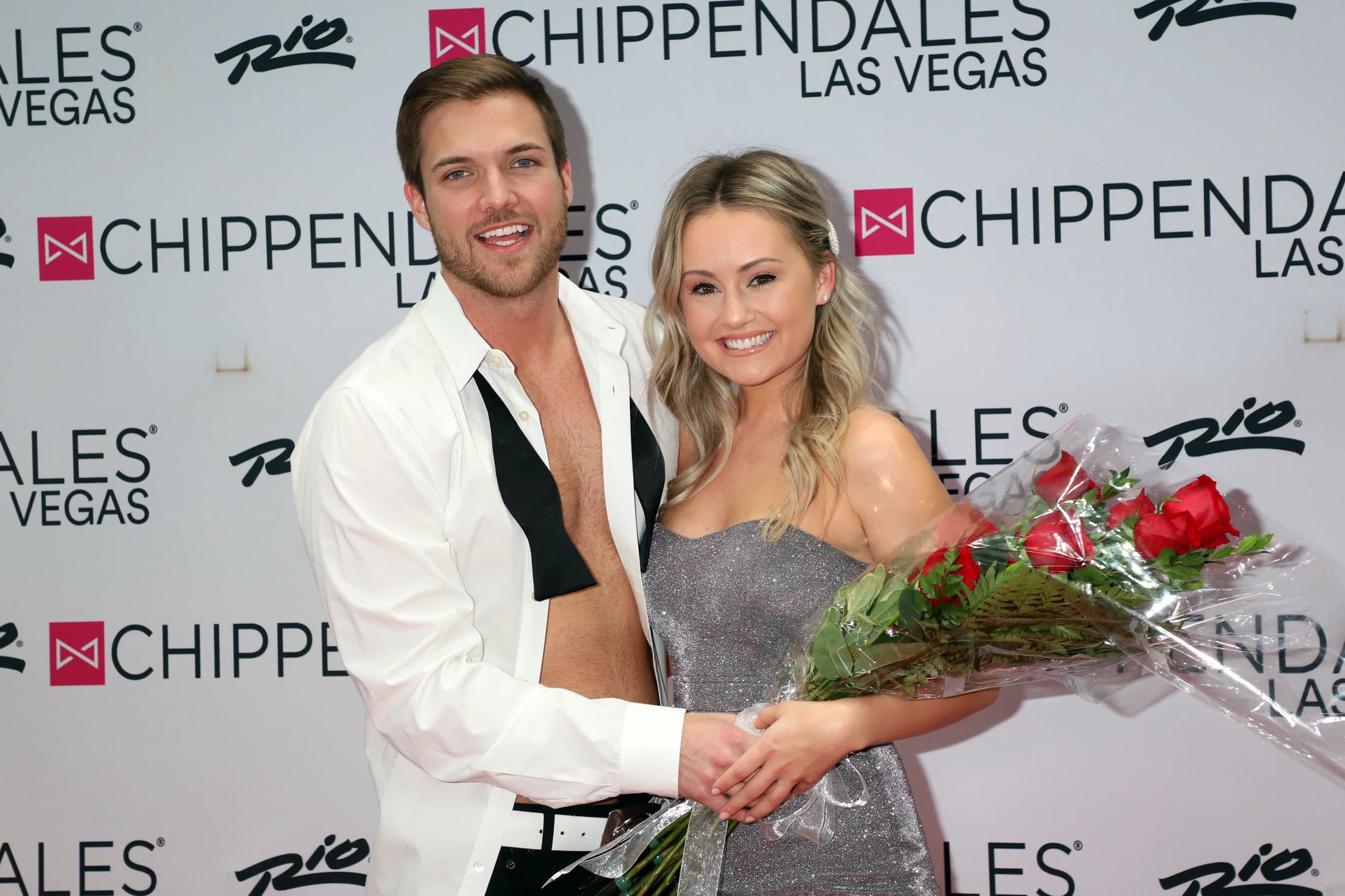 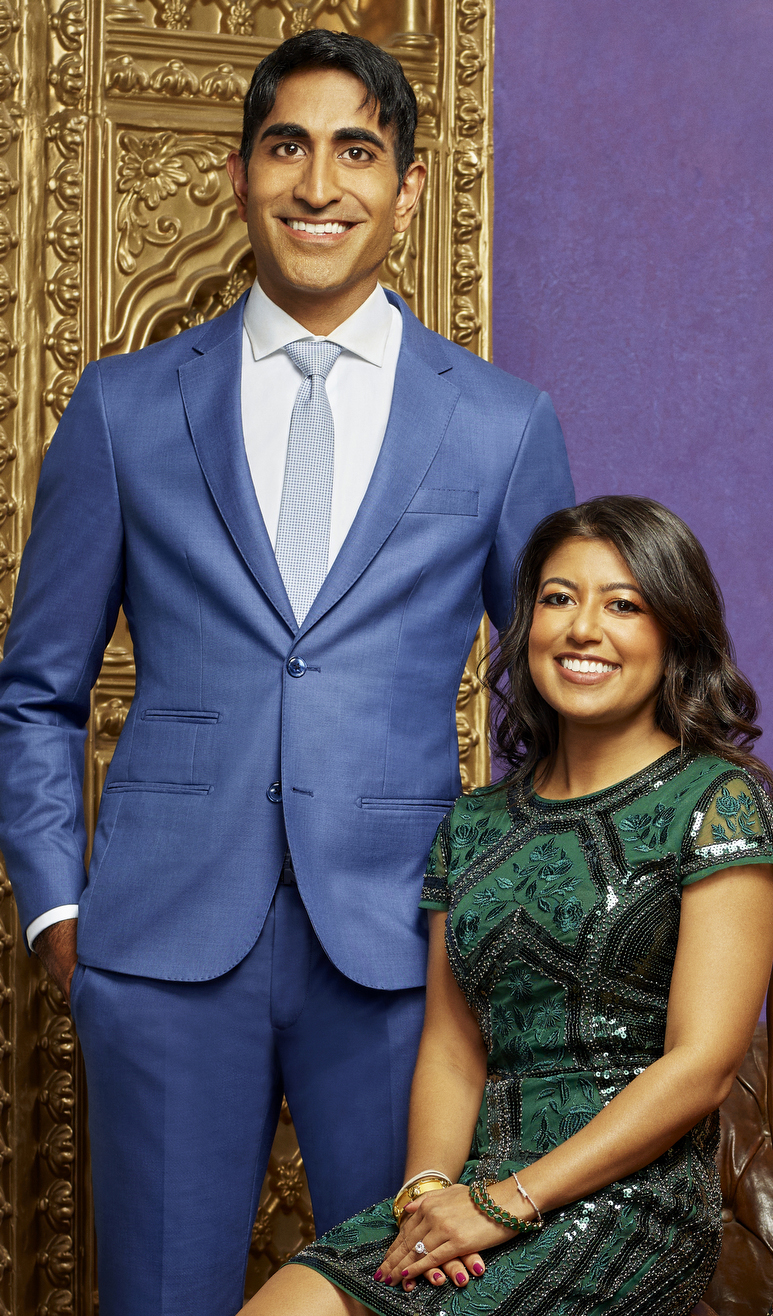 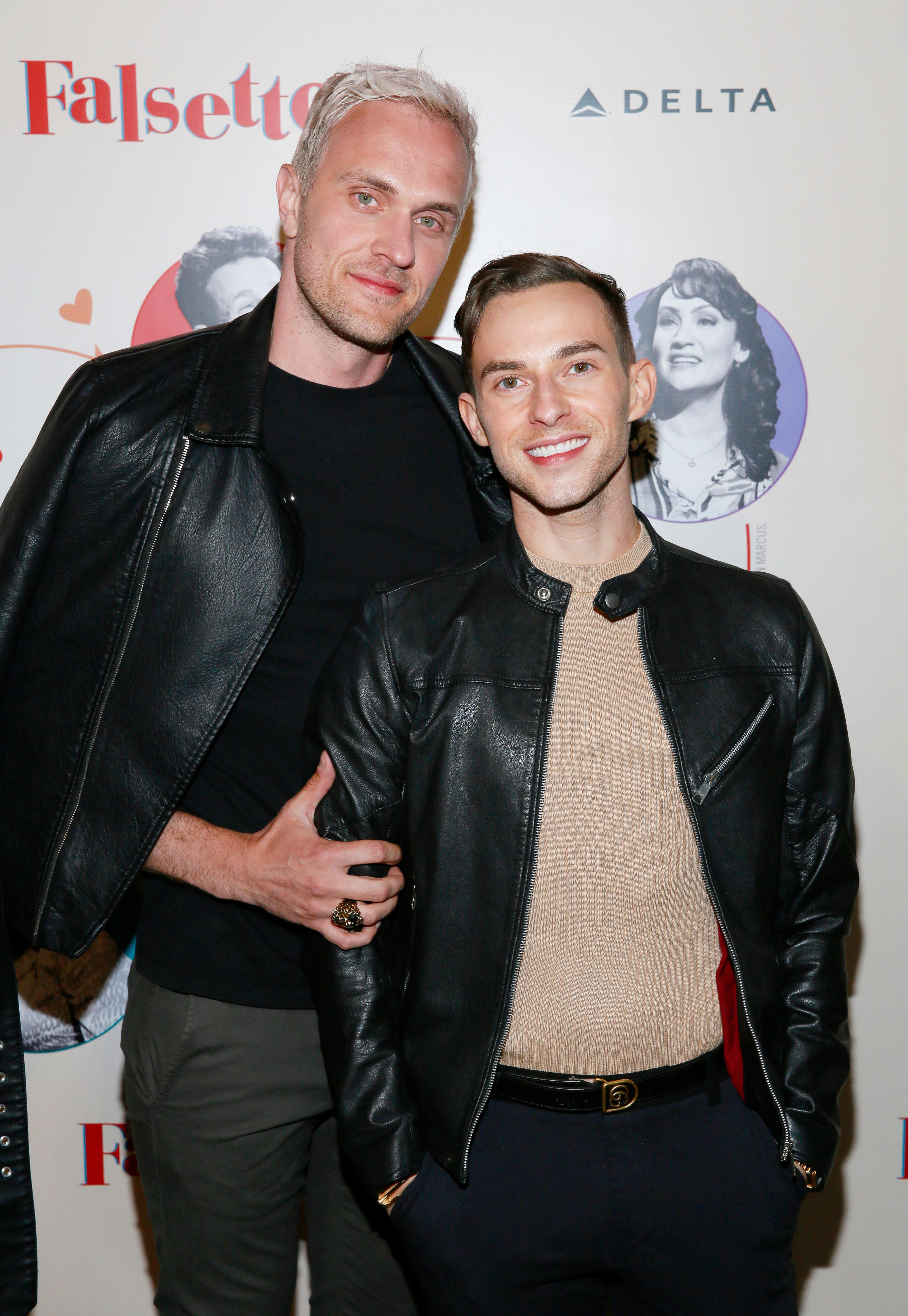 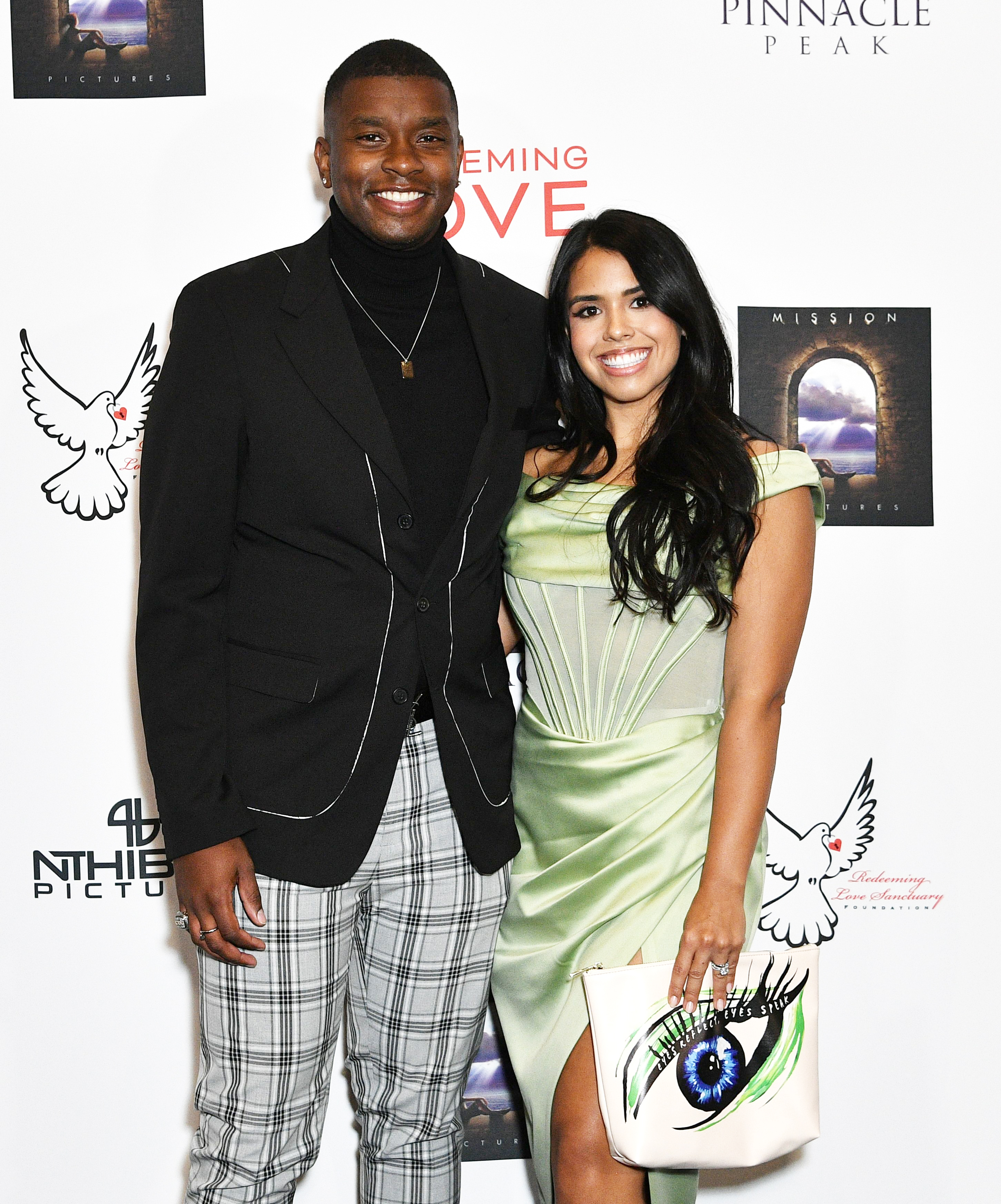 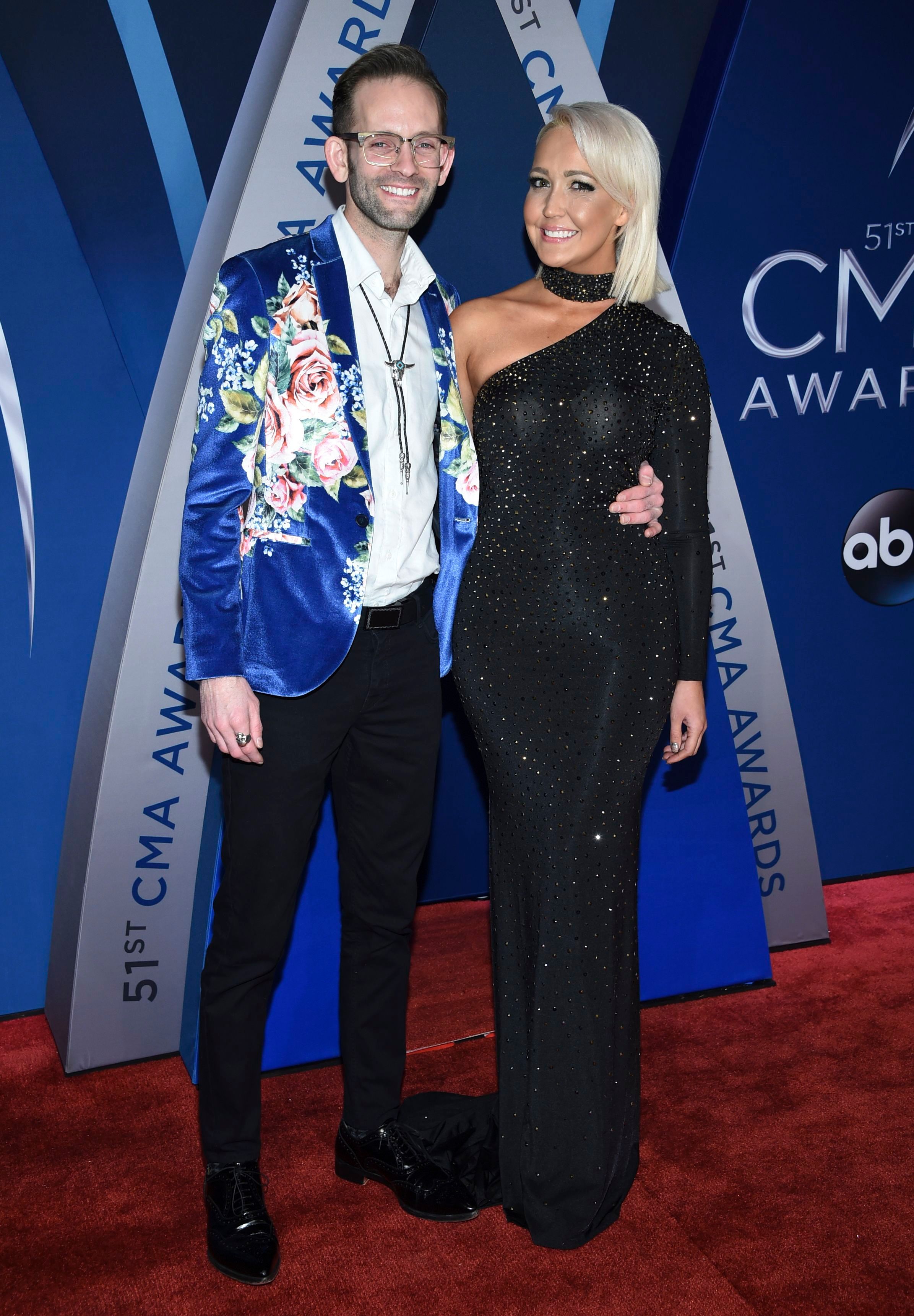 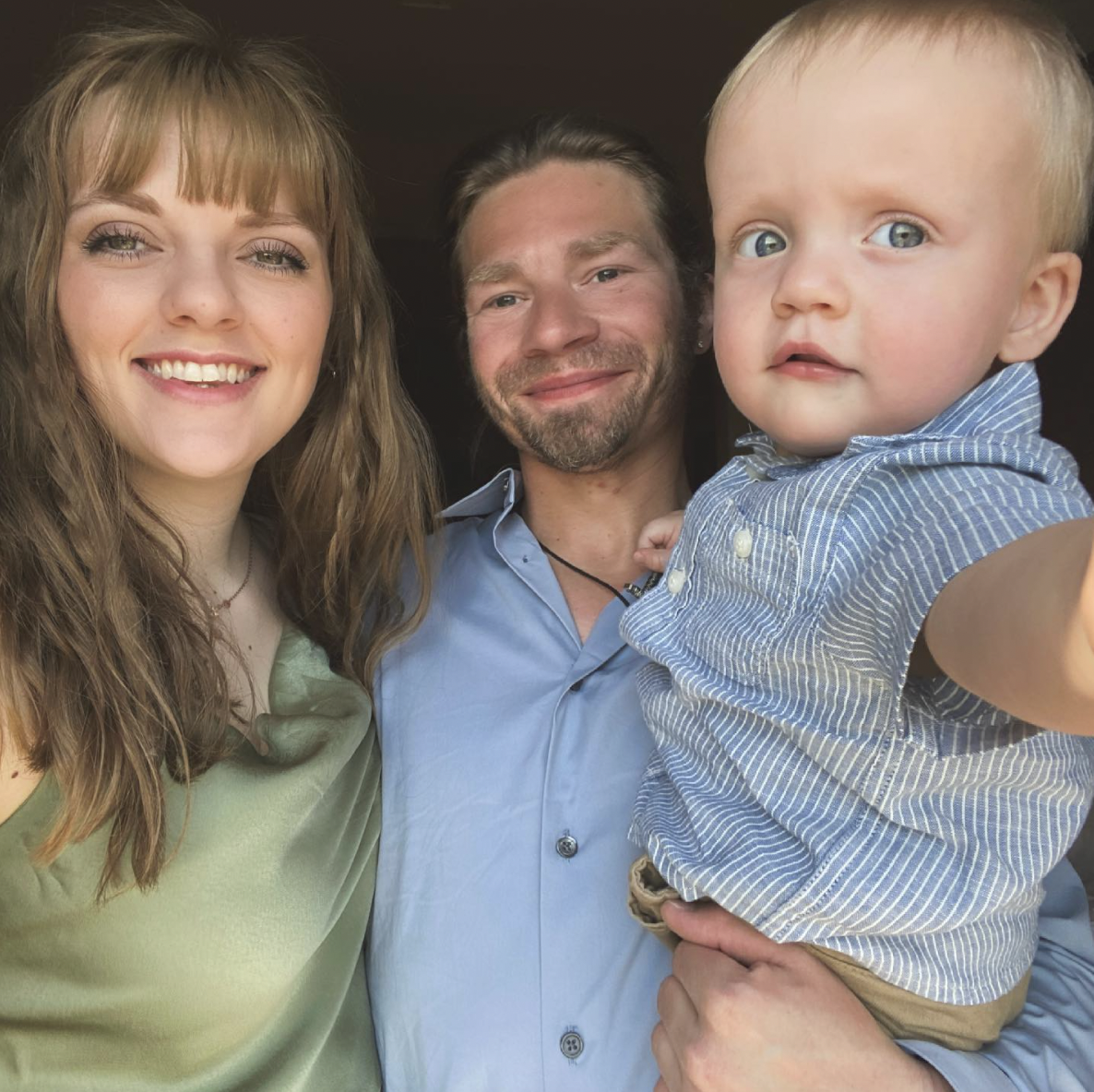 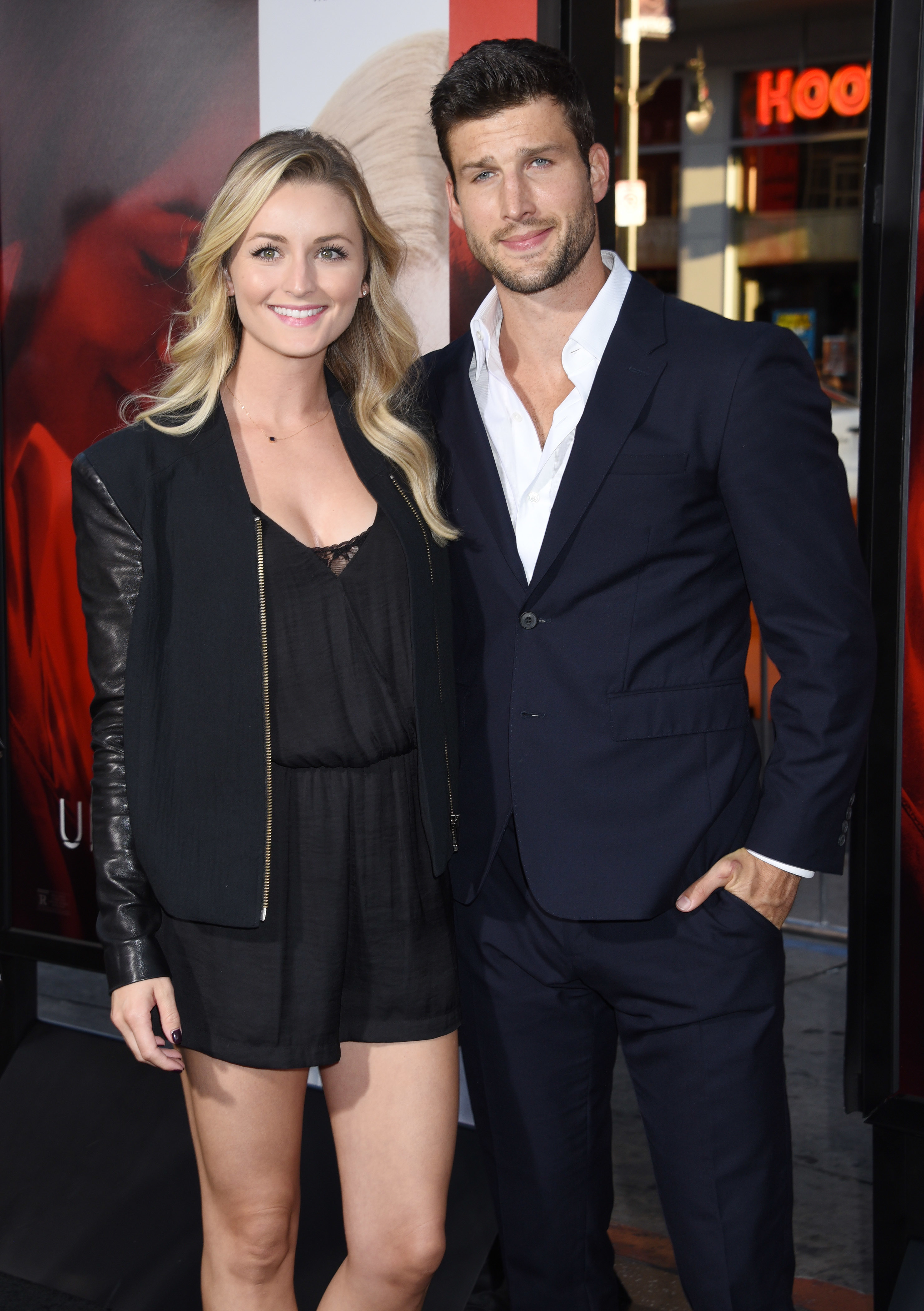 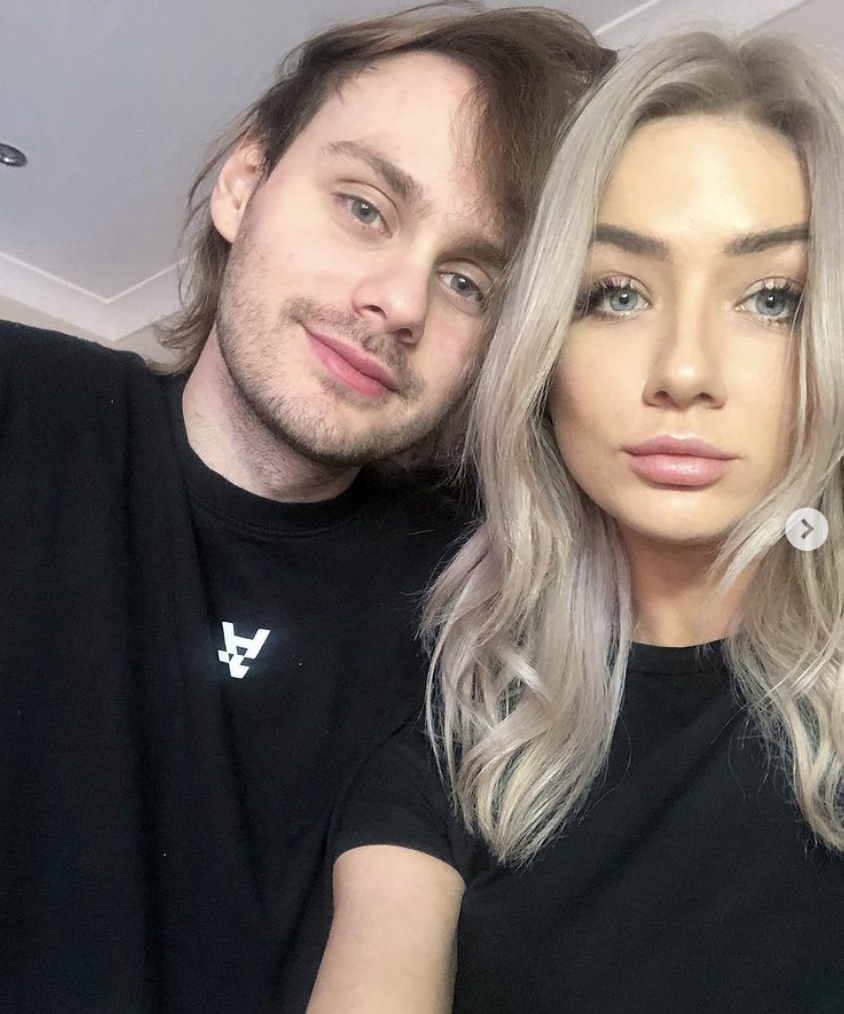 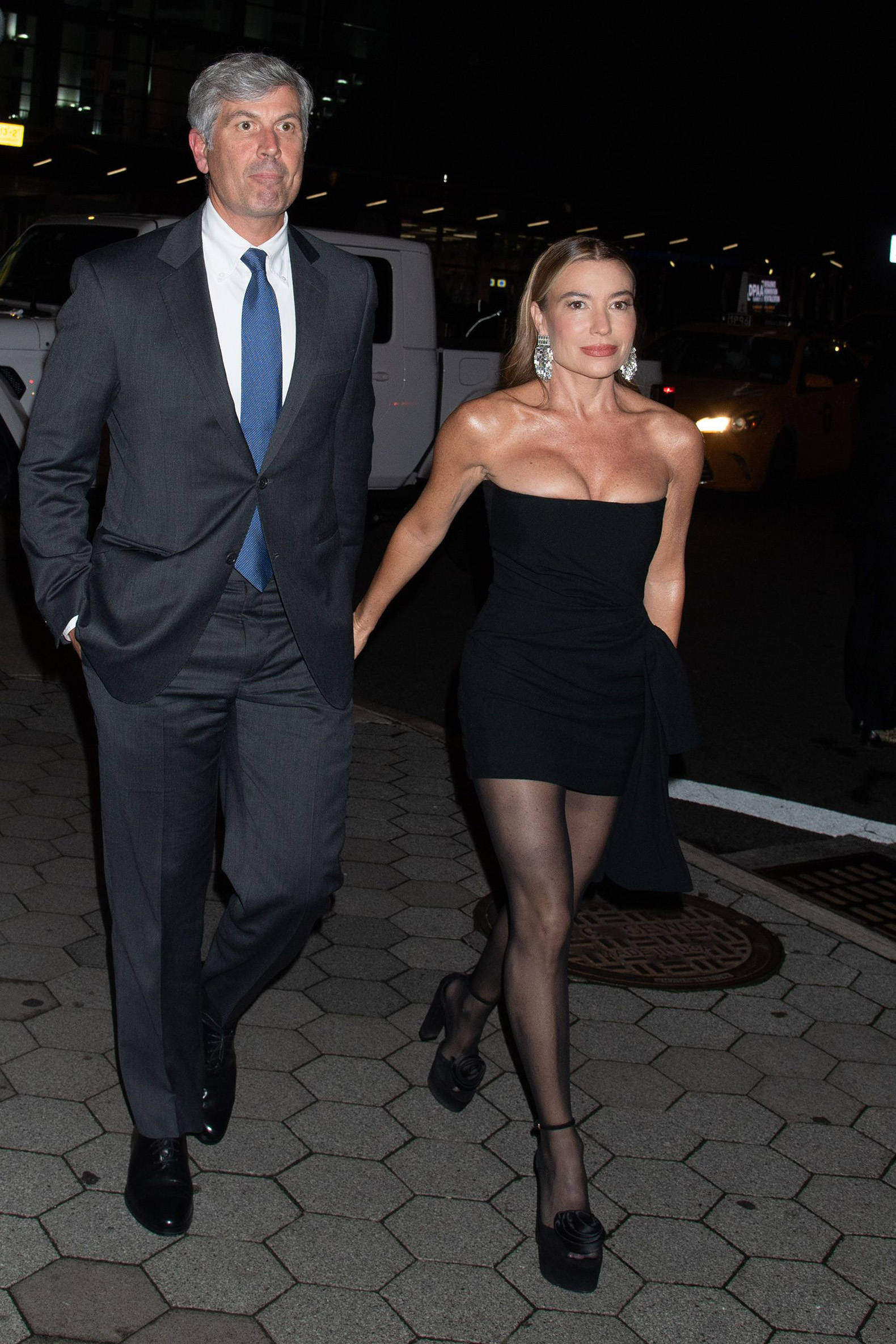 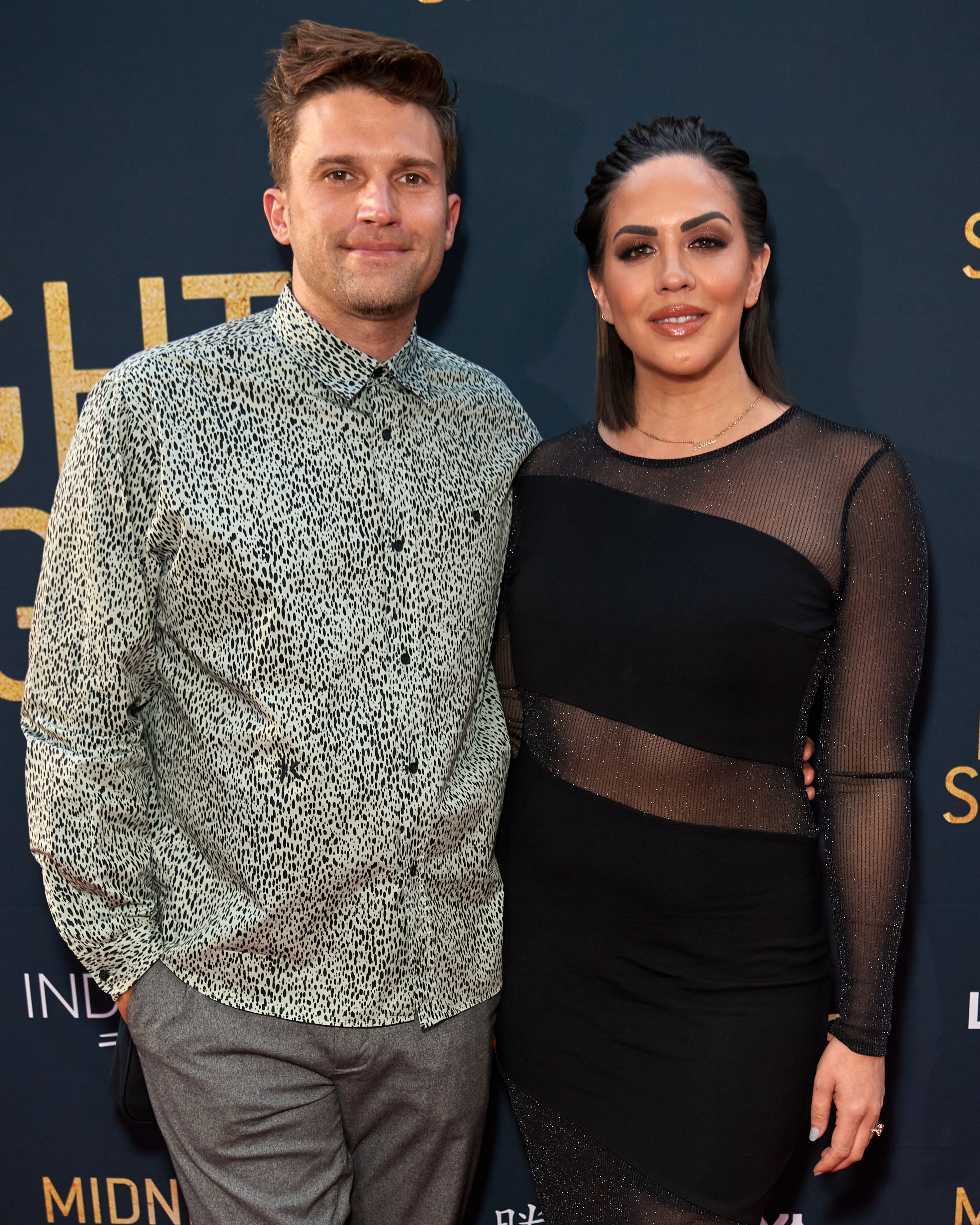 JEE Mains admit card 2020 expected in a few days, here’s how to download