Leonardo DiCaprio is a highly esteemed actor who’s been under Hollywood’s spotlight since he was a kid. He was seemingly on the cover of every teen magazine in publication following the releases of “Romeo + Juliet” and “Titanic” in the mid to late ‘90s. So, he’s no stranger to a worldwide fanbase made up largely of people from younger generations.

But now the tables have seemingly turned, as DiCaprio was recently revealed by another star to be a fan of K-pop supergroup BTS. What did the actor say DiCaprio thought of the group? And which member does BTS’ fanbase ARMY think has a similar star quality to DiCaprio? 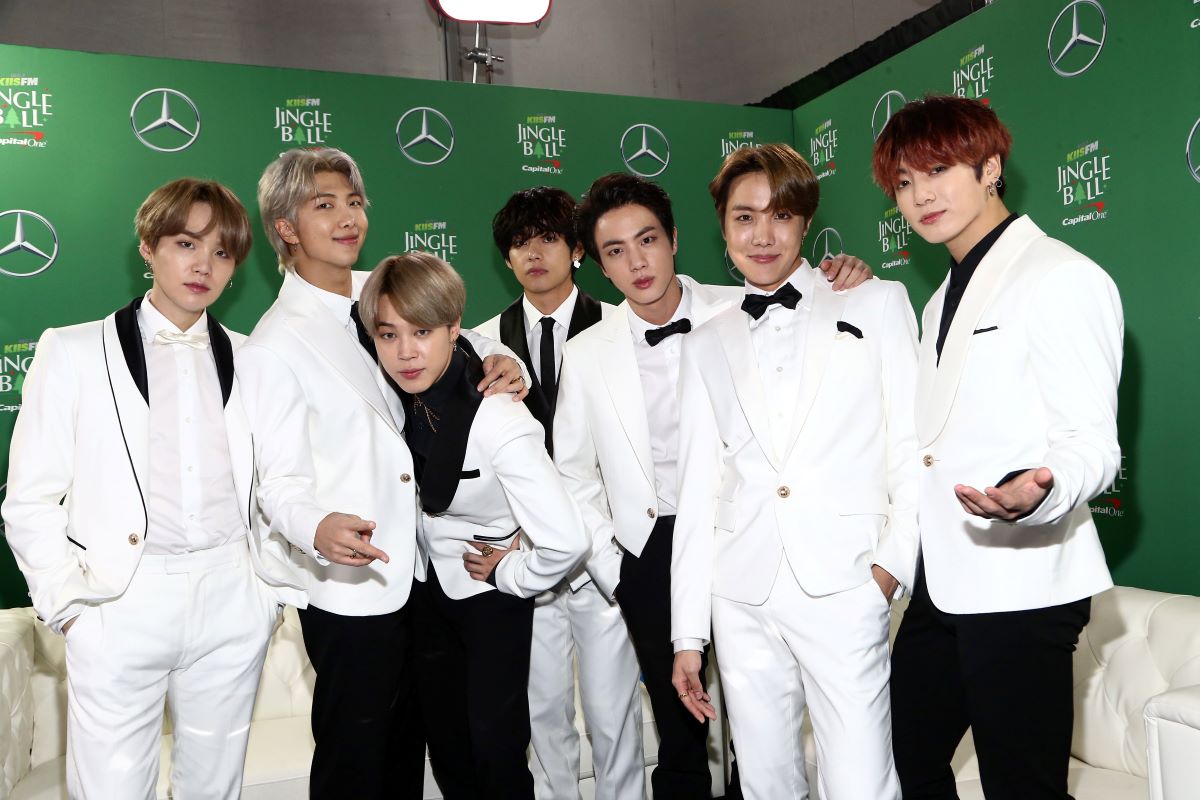 So, the story starts with “Parasite” actor Cho Yeo-jeong, who shared that DiCaprio revealed his BTS love directly to her. After congratulating her on an awards show win, she asked him if he liked the K-pop group – which is apparently a standard way for some Koreans to break the ice.

Turns out, he’s a fan! And the two apparently bonded so well over BTS, they exchanged phone numbers. Okay, so that may not have been what bonded them enough to stay in touch — but it had to help.

Cho said their conversation was brief, but she was able to confirm whether DiCaprio prefers any BTS song.

If Leonardo DiCaprio is such a BTS fan, then what’s his favorite song?

Even celebrity BTS fans need to have a favorite song to impress the global fanbase known as ARMY, and apparently DiCaprio is already ahead of that. According to Cho, DiCaprio’s favorite BTS song is “Blood Sweat and Tears.”

So, many in the BTS ARMY took to Twitter to let DiCaprio know that they approve of the news. One user welcomed him to the “15-year-old girl club” in reference to comments James Corden recently made about the group’s fanbase.

But some fans pointed out that one member has a little something in common with DiCaprio.

Some fans on Twitter used the occasion to point out a similar photogenic quality between BTS “Good Boy” Kim Taehyung – aka V – and pictures from DiCaprio’s younger years. One user noted they both create “perfect visuals” and share a “faint beauty” in their masculinity. Plus, they’ve also both inspired memes.

And V isn’t the only member who has drawn comparisons to DiCaprio before. Fans thought J-Hope was reminiscent of DiCaprio’s character Jack from “Titanic” when he was styled with a similar hairstyle and outfit.

So, it looks like there’s even a possibility that the members of BTS are fans of his, too. But DiCaprio joins a list of other big stars who seem to love the group.

Other celebrity fans of BTS

BTS has a plethora of celebrity fans – like John Cena, who openly gushes about the group during interviews. He also recently quoted member Kim Namjoon on Twitter.

Meanwhile, Cole Sprouse admitted to having a “bro-crush” on the “entire crew in BTS” and Halsey calls the members friends after their collaboration. Recently, Lizzo covered one of their songs while wearing a shirt that honored two members.

So, while DiCaprio may not be gushing in interviews like Cena, he’s apparently joining plenty of other stars in the ranks of the BTS ARMY.

Shah Rukh Khan has a thing for a kiss on his cheeks and these 5 pictures are a proof!