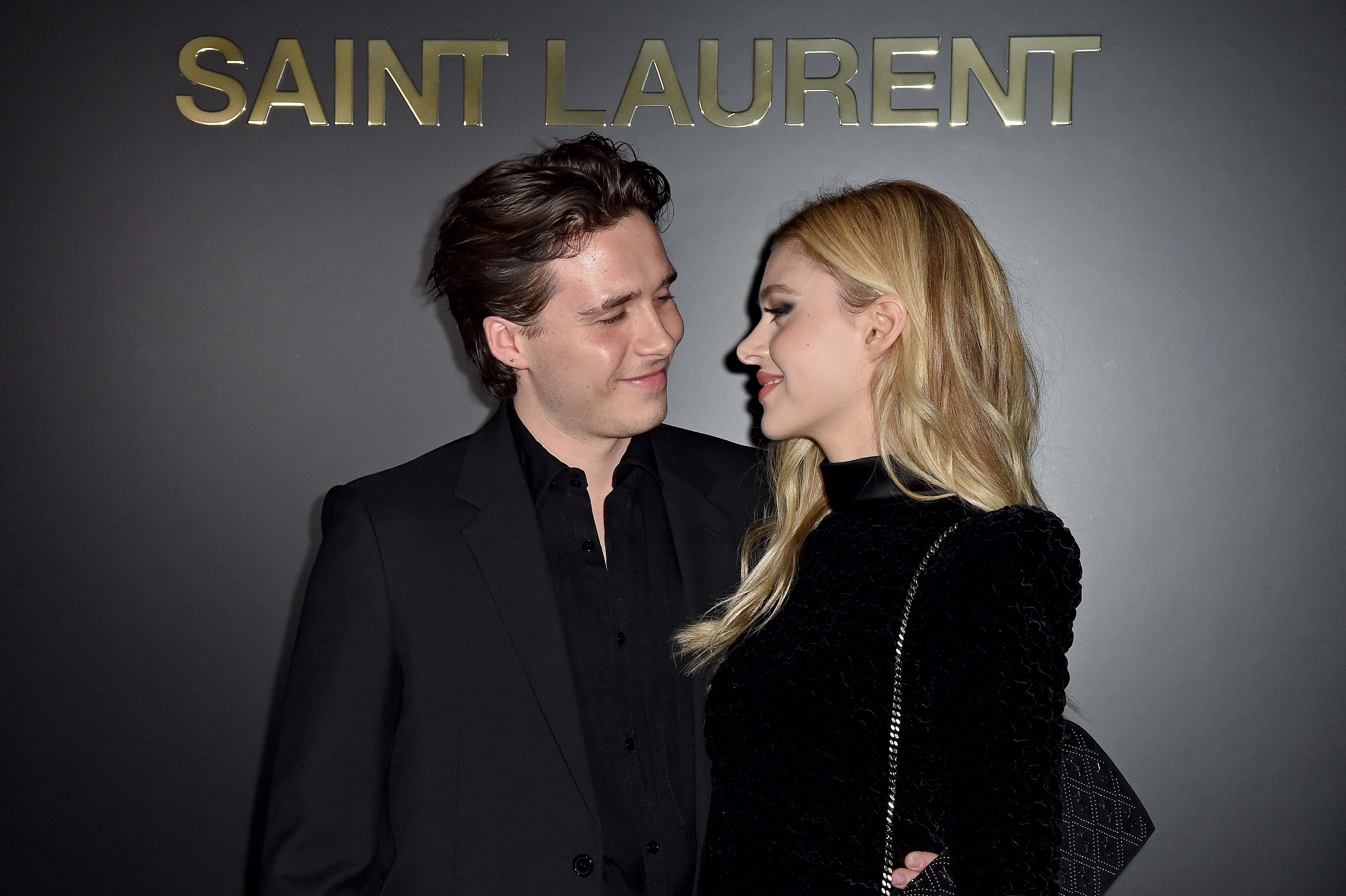 Brooklyn Beckham ‘can’t wait’ to be a dad – and is eager to start a reality show with his wife Nicola Peltz.

The celebrity couple, who each go by Peltz-Beckham since tying the knot earlier this year, are blissfully in love and planning for the future.

Brooklyn, 23, has revealed he can’t wait to have children with wife Nicola, 27, and is waiting for her to decide she’s ready.

In a wide-ranging new interview with Variety, Brooklyn gushed over Nicola, constantly, sweetly referring to her as ‘my wife’ as though he’s still in awe of the idea.

‘I’m ready to have kids, but I always tell my wife, whenever you want.’

Brooklyn was born to David and Victoria Beckham in 1999, when his footballer dad was 23 – the same age Brooklyn is now.

Nicola clarified that while they don’t plan on having children ‘anytime in the next year,’ someday they ‘would love to have a big family.’

Starting a family isn’t the only hope Brooklyn has for his marriage with Nicola, as the star admitted he would love to do a reality show with the actress.

The couple already let the public into their lives via Instagram, where they share snaps of each other, their family and their holidays, and perhaps reality TV wouldn’t be too different.

Brooklyn revealed: ‘I’ve always said to my wife, we should actually do a reality TV show, because she’s so funny.

‘And we take the p*** out of each other all the time. She sometimes doesn’t get my English humour.’

Elsewhere in the interview, Nicola addressed the alleged ‘cold war feud’ rumours with her mother-in-law Victoria, and dismissed them entirely.

The Transformers: Age of Extinction star said she felt the rumours had started when she wore a Valentino wedding dress rather than a Victoria Beckham gown for her wedding – and had a very simple explanation for why she didn’t.

‘I was going to, and I really wanted to, and then a few months down the line, she realised that her atelier couldn’t do it, so then I had to pick another dress,’ Nicola told the publication.

Addressing the alleged bone of contention, as reported, she added: ‘She didn’t say you can’t wear it; I didn’t say I didn’t want to wear it.’

The new interview comes shortly after Nicola opened up about her mental health struggles in an emotional post, where she said she wanted to show fans a different side of herself as she posted candid Instagram snaps.

‘Sometimes I find it hard to show the sad bits of me,’ she wrote.

The stress added: ‘We all have days where people make you feel bad and it’s okay to be hurt by it.

Nicola ended the emotional caption with a thank you to her followers for ‘all of your support’, saying she appreciated ‘kind’ comments.

Vivienne Jolie-Pitt, 10, Is Angelina Jolie’s Mini-Me In New Photo Of The Duo Out & About

MCA writes to Maharashtra government, asks when can cricket restart