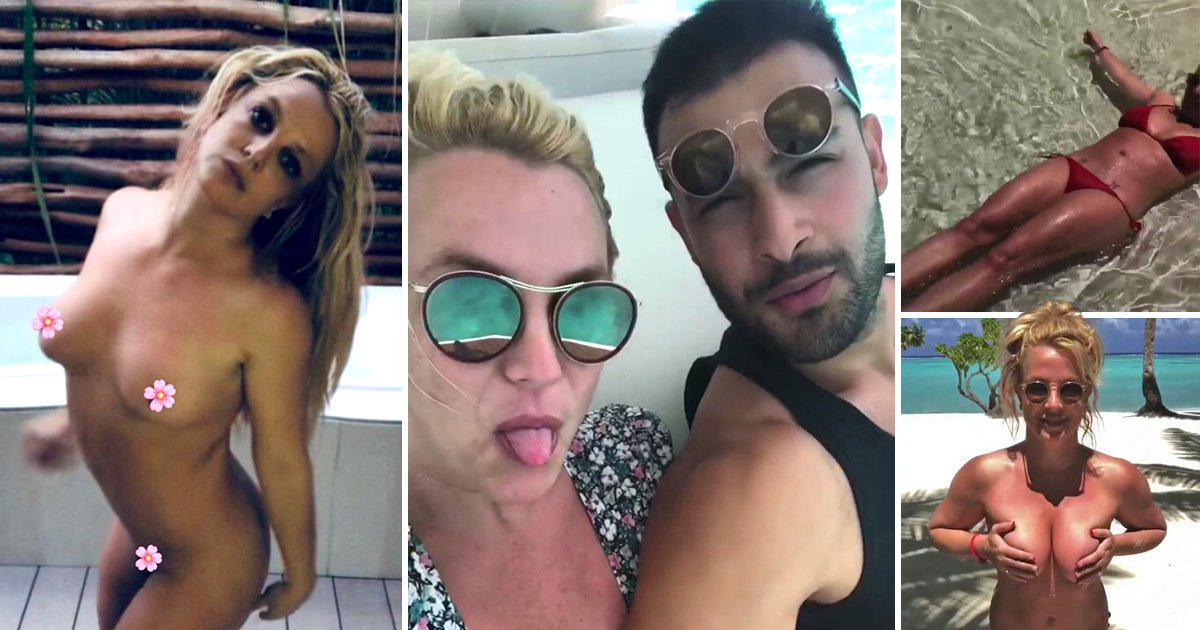 Britney Spears has shared a series of pictures in various states of undress – including fully naked – following the removal of her father Jamie as her conservator in court.

The singer, 39, took to Instagram to share pictures and videos of her trip to ‘paradise’ – believed to be Hawaii, which is one of her favourite destinations – as she celebrated the milestone step towards getting her conservatorship rule removed.

She told her followers: ‘A beautiful day here in paradise celebrating,’ as she recorded herself and fiancee Sam Asghari, 27, riding a yacht before she stripped her bikini top off to pose in the shallow, crystal clear water.

Britney was also seen floating on her back in the shallows in a red bikini before showing off the tan she has developed since being away.

The Toxic star then bared all, posing in front of a bath tub with nothing but a series of flower emojis covering the vital areas.

She joked about Photoshopping the images, telling her followers: ‘Playing in the Pacific never hurt anybody!!!! Pssss no photo edits … the tub curves.’

To view this video please enable JavaScript, and consider upgrading to a webbrowser thatsupports HTML5video

Fans immediately spotted a reference to her song Oops I Did It Again as Britney responded: ‘Aww you shouldn’t have!’

She captioned the clip: ‘Having the time of my life here’.

It comes after her dad, Jamie Spears, 69, was removed as her conservator after 13 years, a significant step towards her goal of getting her conservatorship removed entirely.

A judge ruled that Jamie remaining in charge of Britney’s estate was ‘untenable’ and agreed with Britney’s lawyer Mathew Rosengart it was in her ‘best interests’ that he be removed.

The singer has been under the rule since 2008 after having a public breakdown, and a hearing has been set for November to discuss whether it will finally be terminated.

Will Modi ask Akbar to step down?

GATE 2020: How to prepare from September?