We have to be honest, we are conflicted on this.

Back in 2018 we reported on a string of high profile robberies of celeb houses dubbed the Bling Ring 2.0. A small group of burglars had gotten a list of addresses of stars like Rihanna, Christina Milian, and MLB star Yasiel Puig and were robbing their mansions when they were out of town (or in Puig’s case, when he was across town playing at Dodger Stadium). They often used stars’ social media accounts to learn when they weren’t going to be home.

They would, according to the LAPD, case the houses by first driving into through the neighborhoods in expensive stolen cars and later returning with a larger vehicle like a van for quick break-ins.

The ring were finally busted shortly after robbing L.A. Rams wide receiver Robert Woods‘ home. The suspects had a list of targets that included LeBron James, Matt Damon, and Viola Davis — so it didn’t look like they had any intention of stopping. 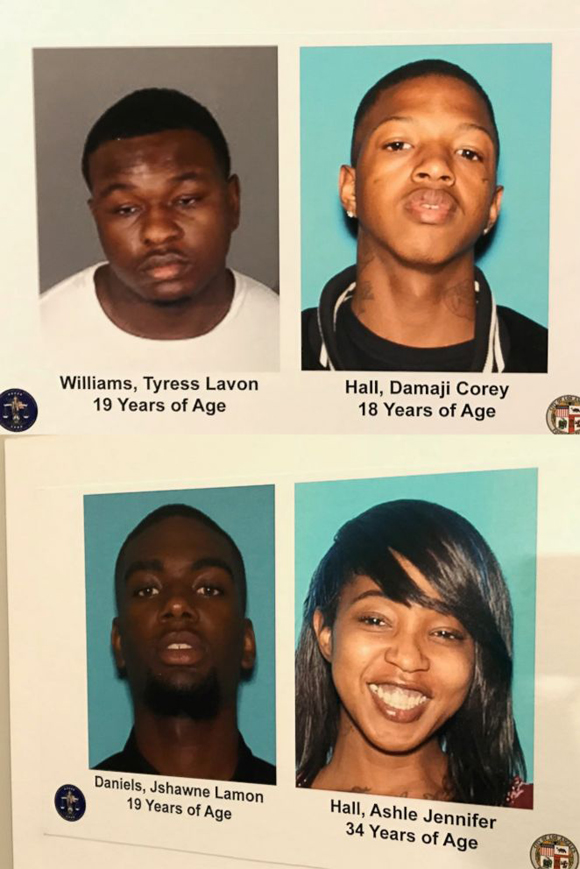 It’s taken a long time, over three years, but the first of the 2018 Bling Ring has finally been sentenced to prison this week, and it’s frankly a little soul-crushing.

Tyress is the first to face judgment, and he’s getting the biggest book available thrown at him. According to DailyMail.com, the now-22-year-old, who we’ll remind you was still a teenager when he committed these crimes, was sentenced to a shocking NINE YEARS in prison.

That’s after pleading no contest to the burglary charges, too — something which usually gets you a reduced sentence.

Nine years. Does that seem excessive to anyone else? We have to guess authorities are trying to make an example of these defendants; due to the high-profile nature of the victims, this whole case made way more crime headlines than we imagine the city was comfortable with. We get that. But nine years??

First degree burglary typically gets a maximum of six years, though attempting to break into a safe — which we know they did in Puig’s case, as they damaged his home dragging it down the stairs — can add more time. We don’t know the exact factors which led to this sentence, but still. For a crime where everything can be replaced, this seems like a lot.

Look, we’re in no way saying what these folks did was right or even inconsequential. Robbery is no joke, and these teens — and particularly this mom — deserve to pay for their crimes.

But look at it this way…

Months. In all those cases. So yeah, nine years for burglary, after pleading no contest no less…

It just seems like, in a time when certain people are getting slaps on the wrist, like we have two justice systems.

What do YOU think, Perezcious paralegals??

Gold dealers stock up, hope for revival in purchases during festivals