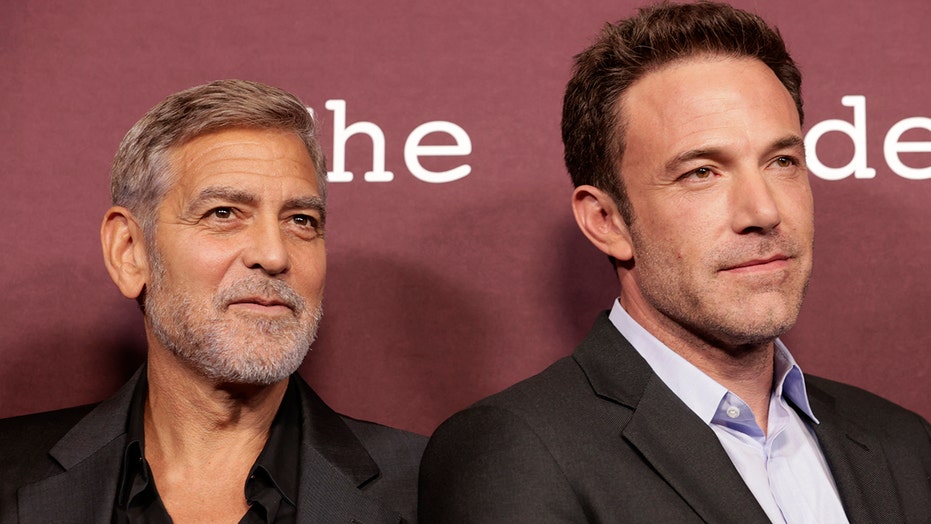 Fox News Flash top entertainment and celebrity headlines are here. Check out what clicked this week in entertainment.

Ben Affleck has a perfectly good explanation for why George Clooney has been named People’s Sexiest Man Alive more times than himself.

The two have long been considered Hollywood heartthrobs and have both been granted the title: Affleck in 2002 and Clooney in both 1997 and 2006.

The filmmakers recently collaborated on “The Tender Bar,” which saw Clooney, 60, direct Affleck, 49, to a surprise Golden Globe nomination.

At the movie’s premiere on Monday, Affleck addressed his silly rivalry with his fellow star. 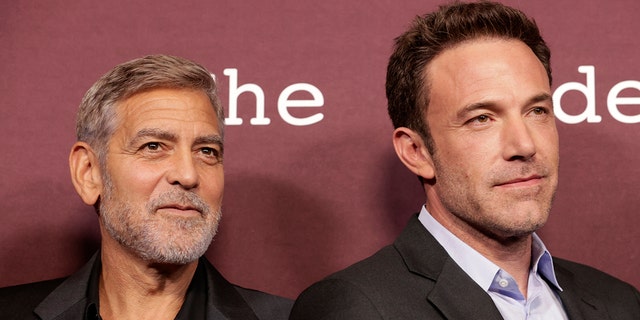 Ben Affleck joked about his rivalries with George Clooney over the titles of Batman and People magazine’s Sexiest Man Alive.
(Photo by Frazer Harrison/Getty Images)

“Well, I passed a few times, obviously,” the star told People when asked why Clooney was given the title more times. “George, he likes that stuff, and he wanted to keep doing it, and I felt like maybe one was enough.”

The two face a second rivalry as well, having both played the character of Batman on the big screen.

Affleck is the most recent star to take on the role, portraying Bruce Wayne in various films, including “Zack Snyder’s Justice League.” Clooney, on the other hand, played the character only once in 1997’s “Batman & Robin.” 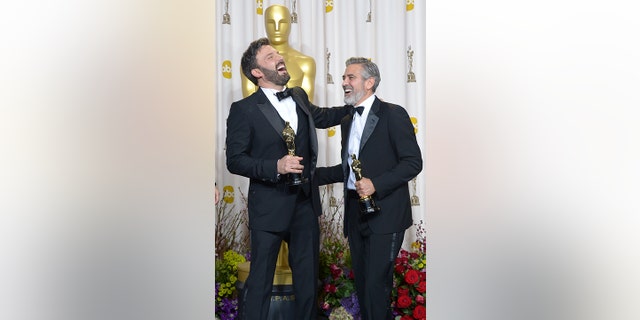 Ben Affleck and George Clooney won Oscars together in 2013 when their film "Argo" was awarded best motion picture of the year.
(Photo by JOE KLAMAR/AFP via Getty Images)

“Yes, two Batmans. Two people who have been in People magazine too — and that’s no joke,” Affleck joked.

In a recent interview with Variety, Clooney’s wife Amal explained that he won’t let her watch the film. 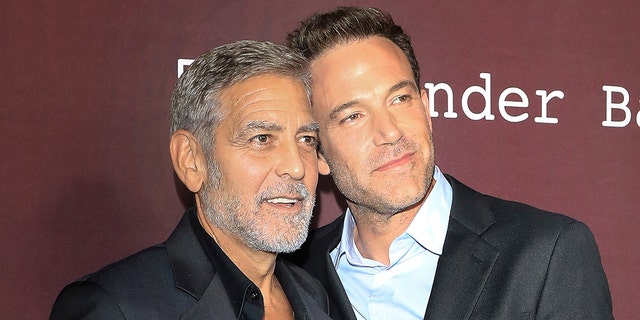 Clooney recently directed Affleck in "The Tender Bar." The actor was nominated for a Golden Globe for his performance.
(Photo credit should read P. Lehman/Barcroft Media via Getty Images)

“There are certain films I just go, ‘I want my wife to have some respect for me,” the actor explained, later noting that it would be “painful” if his own children felt that the movie “sucked” as well.

He also explained that unlike Affleck and Michael Keaton, who also played Batman in the 1980s, he was not asked to return to the DC film franchise for “The Flash.”

“They didn’t ask me,” he revealed. “When you destroy a franchise the way I did, usually they look the other way when ‘The Flash’ comes by.”

Bigg Boss 14: Naina Singh’s friend Akash Choudhary REVEALS she has financial issues but will not use it like Shardul Pandit to get sympathy votes

Developing sectors to get water supply boost by April, cut reliance on tankers