Bake Off host Sandi Toksvig, 60, says she is often mistaken for Tom Cruise, 56, because they both have ‘short hair and prominent cheeks’

One is a Hollywood heartthrob famed for performing his own daredevil stunts.

The other is definitely more Top Bun than Top Gun, having to cope with nothing more dangerous than innuendo about soggy bottoms.

Yet Great British Bake Off presenter Sandi Toksvig claims she is often mistaken for Tom Cruise.

Like the 56-year-old actor, the Danish-born comedienne, 60, has short hair, a toothy grin, crinkly eyes and prominent cheeks.

And she admits she is flattered to be likened to the Mission Impossible star.

Sandi Toksvig, 60, has said she is often mistaken for Hollywood heartthrob Tom Cruise, 56, because they both have short hair and prominent cheeks’

Danish-born comedienne Sandi is 5ft tall, making her 7inch smaller than the Mission Impossible. Pictured are the two in similar navy blue jackets

Miss Toksvig, who is only 5ft – some seven inches shorter than Cruise – told the Daily Star: ‘It is so funny. It must be our flowing locks that get us mistaken.’ The QI host added: ‘It’s very flattering for me, but probably not for Tom.’

The resemblance, which seems to include the colours of clothes they favour, has not gone unnoticed.

One fan tweeted images of them side by side, writing: ‘I have to say, I’d much rather have seen Sandi Toksvig star in Top Gun, Mission Impossible and, well, all other Tom Cruise films.’

Another wrote: ‘Tom Cruise is slowly turning into Sandi Toksvig.’

Scottish Conservative leader Ruth Davidson has also picked up on the similarities, once tweeting: ‘Tom Cruise’s face. I don’t know what he’s doing to it, but he’s beginning to look like a late-90s era Sandi Toksvig.’ 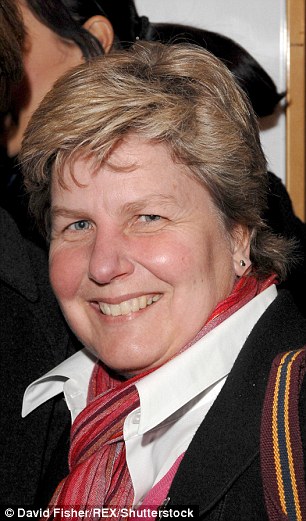 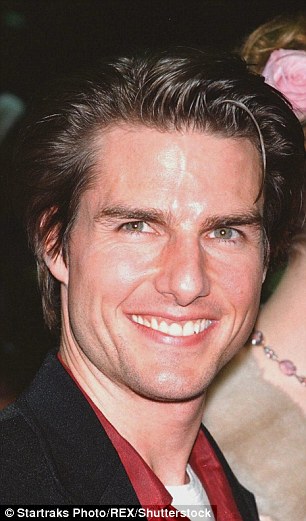 Many have said the two share the same cheeky grin. Sandi says she is flattered people see a resemblance between her and Tom Cruise 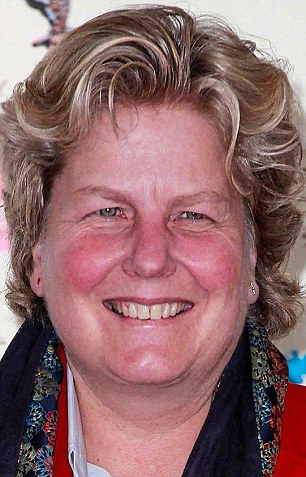 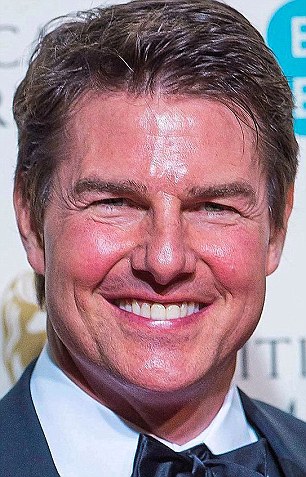 The pairs rosy cheeks have also drawn comparison. Sandi said: ‘It is so funny. It must be our flowing locks that get us mistaken’

Top Bun and Top Gun: Even their choices in clothing seem to be similar with them both sporting grey jackets and dark coloured trousers

Many people have tweeted about the uncanny resemblance between the pair. Even Scottish Conservative leader Ruth Davidson has noticed their similarity